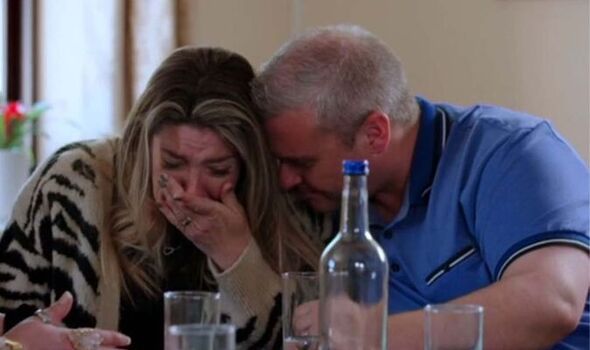 The episode of the popular Channel 5 show saw wealthy couple Matt and Andrea Callanan swap lives, houses, and budgets with the Burrows for a week. The Burrows. from Bristol, included Ant, a delivery driver with a passion for podcasting, and Tash, who had just started a pole dancing business. Both said they were “barely making enough to cover the bills” in Sunday’s episode.

The couple lived in a three-bedroom former council house in Bristol with their two children, and despite Ant putting in 12-hour shifts on the job, the family are left with just £71 a week after all the bills are paid. As Tash explained during the episode, Ant was suffering “a lot of sleepless nights.”

Attempting to get the family out of debt, Tash had set up a pole dancing school – but her studio was “barely breaking even.” For some extra money, she was also upcycling glassware.

The family swapped lives with Matt and Andrea from Cardiff, WalesOnline reports. Both motivational business coaches, the couple live in a five-bedroom Victorian house in Cardiff with their two sons – one of whom was away at university – and had £1,200 left to spend on food and luxuries.

Andrea, originally from Barry, said she came from “a very, very salt-of-the-earth, working-class background” and was a single mum in therapy when she met Matt, who used to be an international DJ. She now coaches high-achieving women from all across the world. The Callanans wanted to be able to use their skills to help the other family on the show, with Tash also hoping that they could help her with her business. 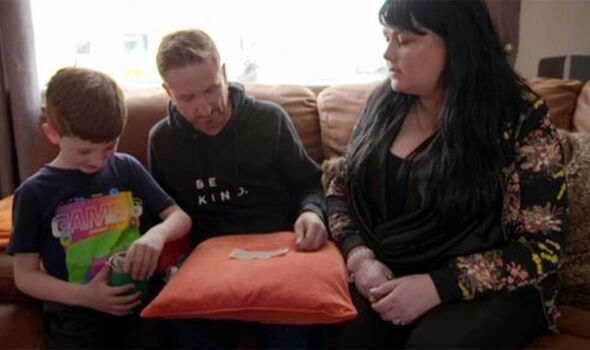 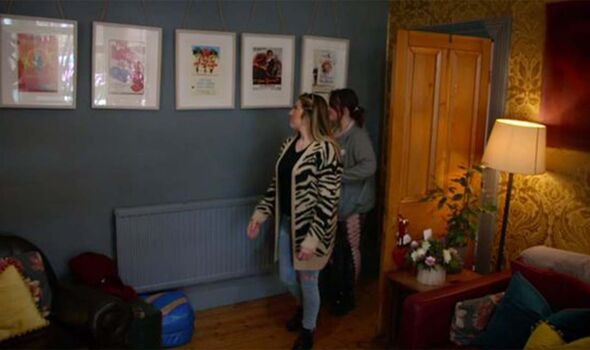 With Andrea’s experience coaching women in business and Matt having his own podcast, they seemed like a great match to help the Burrows with their goals. Despite the dramatic swap in lifestyles, the families lived just a 40-minute drive apart. The Burrows were bowled over by the Callanan’s Cardiff home, saying it was “absolutely gorgeous” when they walked through the bright red door, with a basket of Welsh goodies having been left for them in the fridge.

With their swapped budgets – the Callanans now on just £71 for the week and the Burrows on £1,200 – the families were left with the predicament of how they were going to spend their money. But it wasn’t just budgets the families were swapping. The Bristol family had been left the Cardiff family’s morning routine, which involved of a ‘power smoothie’ made with spirulina powder costing over £10 – which Ant described as “kitchen sink washing-up liquid”.

The Callanans in Bristol, however, were struggling to keep up with a diet consisting of fresh food with their stripped-back budget, spending £16.78 on a food shop for themselves and their son – a quarter of their budget for the week. The families spent a week in each other’s lives, with the Burrows doing yoga, visiting Andrea’s coaching offices while the Callanans tried their hand at pole dancing, mucked out the chinchillas, attempted to fix the bath panel and went out on Ant’s usual delivery jobs. 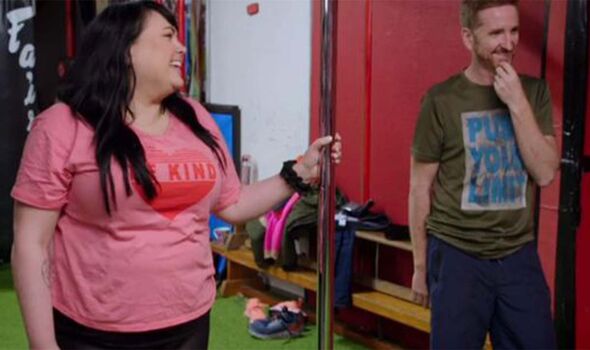 The episode even saw the Burrows out on the streets of Cardiff handing out ‘tenners for good’ – something the Callanans usually do. The rules were that, by accepting the £10 note, the people of Cardiff would agree to do something good with it and not spend it on themselves.

The gesture reduced Tash to tears, with Ant also becoming emotional. “It’s our honour to help you,” Andrea told the couple. “This is the start of a big journey.”

Tash later said that she was “blown away” by the gesture, with Ant adding that this was a “turning point” for the family.