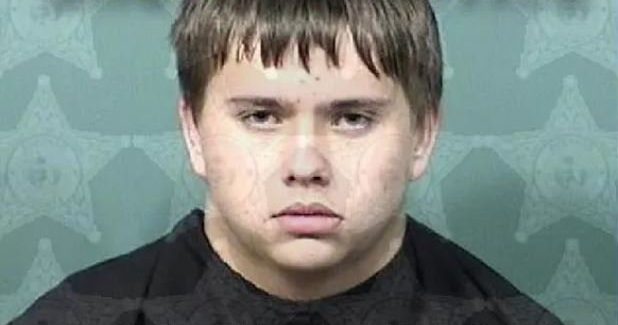 A 17-year-old boy allegedly struck his mother with a frying pan and stabbed her repeatedly for telling him to clean his room.

Tobias ‘Toby’ Jacob Brewer admitted to texting his friend after attacking his mother and asking him to bring a gun to ‘shoot the victim’, according to a probable cause affidavit released on Monday and obtained by FOX 35.

The TV station named the juvenile because he has been transferred to an adult court, according to records.

Brewer told detectives that he hit his mom’s head with a cooking tool ‘until the handle of the frying pan broke’ and used a pocket knife to stab her multiple times, states the affidavit. The son was ‘upset’ over his mom being ‘constantly on his case about cleaning his room’.

‘The suspect advised that he does not like cleaning his room and was tired of the victim constantly harping about it,’ the affidavit states.

Brewer then grabbed his mother’s car keys and money from her purse and fled their home in Cocoa, Florida.

When Brewer told his friend to bring a gun to ‘shoot the victim’, the friend – who has autism – refused but said he would bring a knife, according to the affidavit.

Brewer allegedly got his girlfriend and two friends in the vehicle and led police on a pursuit through multiple counties. Brewer eventually crashed in a wooded area on US Route 1 and the passengers ran out.

Police arrested Brewer on November 30 and booked into a juvenile detention center. He has been charged with first-degree attempted murder, motor vehicle grand theft and fleeing and eluding law enforcement.

One of Brewer’s friends reportedly called his mother and said Toby killed his own mom, prompting her to report it to police.

Cops arrived to find Brewer’s mother laying on her back by the laundry room covered in blood, and her nose nearly detached, according to ClickOrlando.

Brewer’s mother was listed in critical condition, and reportedly told deputies: ‘Toby did this.’