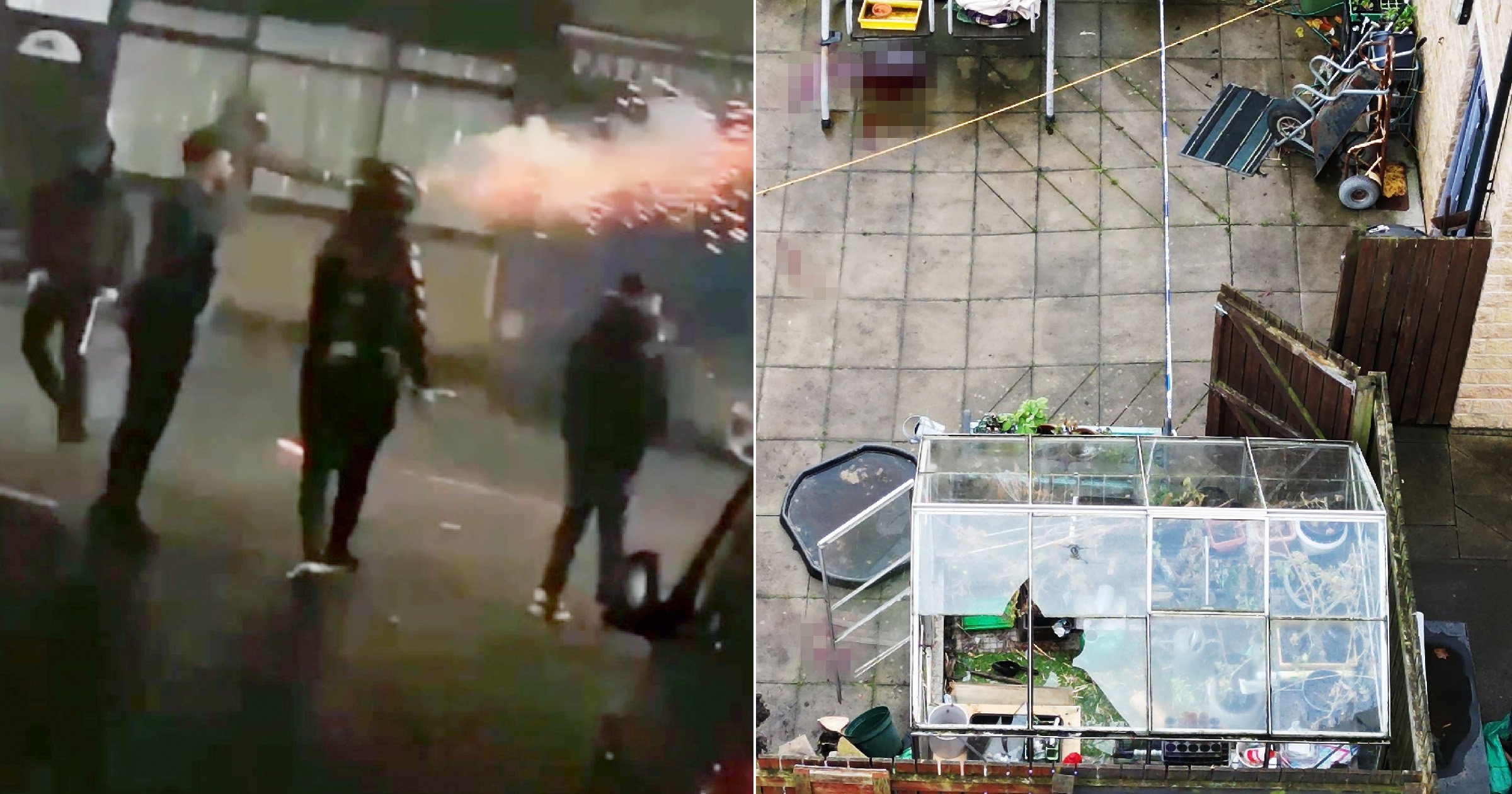 A 17-year-old boy has died after reportedly jumping over a fence and falling through a greenhouse on Bonfire Night.

It came amid scenes of chaos in Halifax, West Yorkshire, where fireworks had been thrown moments before.

Police confirmed they had been at the scene last night, and said the incident had been referred to the Independent Office of Police Conduct due to their presence.

The boy was taken to hospital from the home in Vickerman Street, but could not be saved after the greenhouse glass collapsed around him and he cut himself badly.

A forensic investigation is now taking place as investigators try to piece together what happened.

Footage from the area shows a group throwing fireworks before police arrived to stop them.

More video shows a house cordoned off, with a greenhouse in the back garden showing one of the panes cracked and missing.

Litter from discarded fireworks was still lying in the street today as the investigation took place.

It is not clear if the teen was running from police or from the chaotic scenes themselves, with officers going door to door for enquiries today.

A witness told Yorkshire Live that scenes resembled ‘World War III’ with fireworks being set off.

Others told the paper they saw fireworks being launched at police, with one women describing scenes as ‘horrendous’ and saying she saw people ‘hurling fireworks in the street’.

West Yorkshire Police said last night: ‘Police were contacted by the ambulance service shortly before 8:15pm yesterday evening following reports of an injured male in the garden of a property on Vickerman Street, Halifax.

‘The 17-year-old male was taken to hospital where, sadly, he died of his injuries.

‘A scene is currently on in the area as officers establish the full facts of what has happened.

‘The matter has been reported to the Independent Office of Police Conduct (IOPC) as police were called to the vicinity due to a report of fireworks being set off prior to the incident.’

Test and trace disaster: Fewer than half have handed details to close contacts