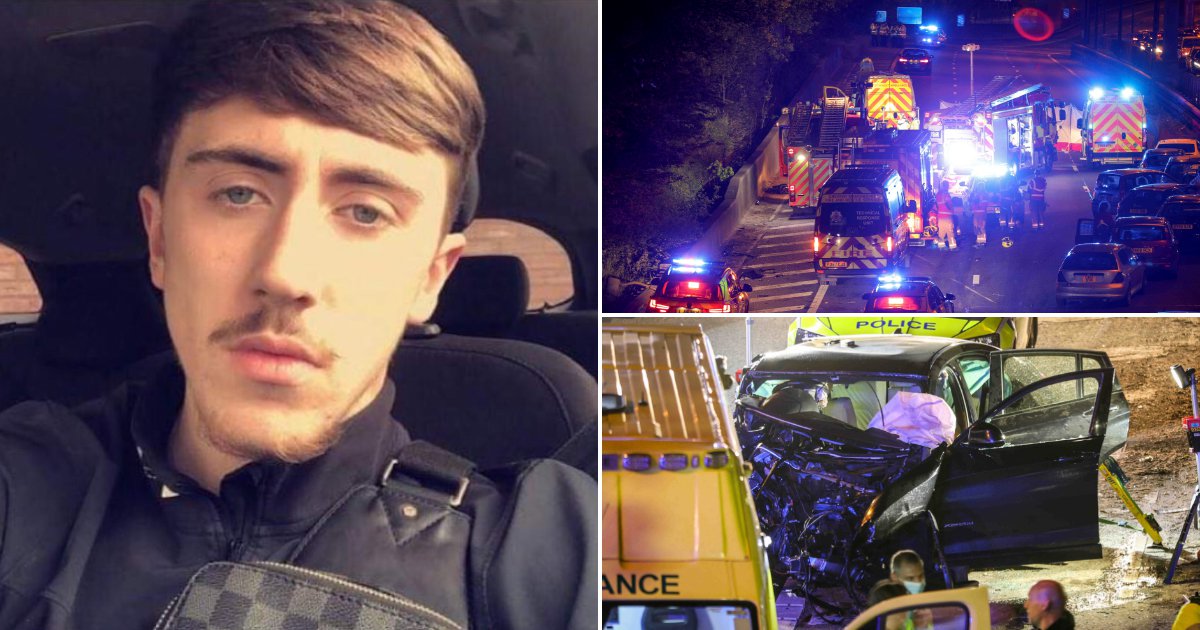 Two men have lost their lives after a teenager went the wrong way down a motorway to get away from police.

Brandon Geasley Pryde, 18, was speeding down the M60 near Stockport, Greater Manchester, when he crashed into a 77-year-old driver.

Both of them were declared dead at the scene and the Independent Office for Police Conduct are now investigating the pursuit.

The teenager gave chase after police spotted him in south Manchester at around 10.15pm on Thursday, according to authorities.

Officers believed he was driving a stolen black BMW, and say he failed to stop when asked.

It is thought the suspect travelled onto the M56 and then the M60, before leaving at junction 27 for Stockport East.

However he was then said to have returned to the motorway, this time driving against oncoming traffic, before smashing into the pensioner’s red Vauxhall.

It is understood police weren’t chasing the teen in the seconds before the collision, at around 11pm.

IOPC regional director Amanda Rowe said: ‘Sadly, two men have lost their lives as a result of this collision. Our thoughts are with their families at this time.

‘We believe that there may be some witnesses travelling on the road network who may have witnessed the pursuit.

‘In particular, we are keen to hear from anyone who has dashcam footage that could assist with our investigation.’

Sharing a tribute on behalf of Brandon’s family, his sister Gabrielle Mullally told the Manchester Evening News: ‘My whole family is broken.

‘My beautiful, pure-hearted little brother. Through any pain my family has ever felt, my brother kept us all going.

‘Without him, this world is worse off. He had a heart of gold. He didn’t get his chance to share his beautiful light around this world. Heaven has gained the purest soul they could ever need.’

Friends and family gathered at his home yesterday, laying flowers and tributes to the budding construction worker, from Wythenshawe, south Manchester.

A Greater Manchester Police spokesperson said: ‘At just before 10:30pm on Thursday 27 May, a police patrol sighted a black BMW believed to be stolen travelling along Altrincham Road.

‘The vehicle failed to stop for officers, and they engaged in a pursuit on the M60, which resulted in a collision near junction 27.

‘The incident has since been referred and is being independently investigated by the IOPC.’