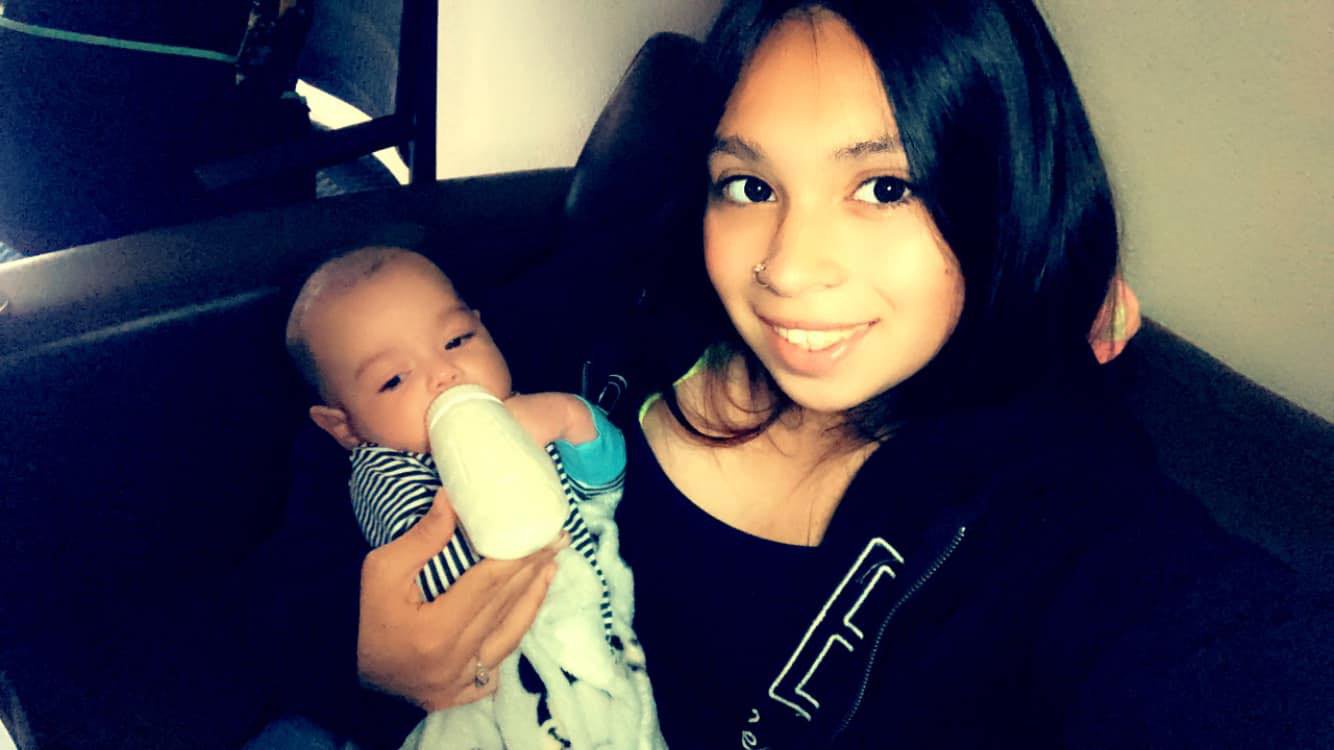 A teenage mother and her 10-month-old baby were victims of a ‘cartel-style execution’ when they were killed alongside four of their family members on Monday, authorities said.

Tulare County Sheriff’s Office deputies arrived to find a ‘horrific massacre’ in the small town of Goshen, California around 3.30am on Monday morning.

A total of five victims were found dead from gunshot wounds within and outside a residence in the rural community about 35 miles southeast of Fresno. A sixth victim was found clinging to life, but died after medical treatment.

Authorities said they originally believed the mother was 17-years-old and her child was 6-months-old, but they later learned Alissa was 16 and Nycholas was almost 1.

Nycholas was found laying in his mother’s arms down the street from the family home. Both victims had gunshot wounds to their heads, and investigators initially believed she was running away from the shootout.

Tulare County Sheriff Mike Boudreaux said the attack was a ‘cartel-style execution,’ but said that investigators were not sure a cartel was involved. However, he also refused to eliminate the possibility of cartel involvement.

According to the sheriff, the deaths were ‘very similar to what we’ve seen in the past’ when it comes to cartel executions. ‘These people were clearly shot in the head, and they were also shot in places the shooter would know that quick death would occur.’

Boudreaux said they are considering the possibility that the shooters were affiliated with a local gang. ‘We don’t know if it’s a gang-related affiliated shooting, a cartel-affiliation, or if the two are combined.’

However, forensic evidence has convinced detectives that they were victims of an execution. ‘It is clear that the shooters stood over the top of the 16-year-old mother and fired rounds into her head,’ Boudreaux said. ‘The 10-month-old infant also suffered from the same attack.’

‘None of this was by accident. It was deliberate, intentional, and horrific.’

Additionally, there were three surviving victims from the attack, including one who hid without detection inside the home. ‘He was in such a state of fear that all he could do was hold the door, hoping that he was not the next victim,’ Boudreaux said.

The 911 call was actually placed by one of the surviving family member, who also hid from the attackers.

According to the sheriff, patrol officers conducted a parole compliance check at the home just days earlier on January 3.

The sheriff said the residence was known to local law enforcement. ‘This is where gang activity has routinely occurred in the past.’

Deputies saw shell casings outside the home, and later obtained a search warrant for the property. They found that Eladio Parraz, a felon on parole, was in possession of several firearms, including an assault weapon, a short-barreled rifle, and ammunition, as well as a controlled substance. Court records show that the controlled substance was methamphetamines.

Boudreaux declined to provide any information about possible suspects, but did say that their investigation would be ‘slow, methodical, accurate, precise.’

‘These people will be brought to justice,’ the sheriff said.