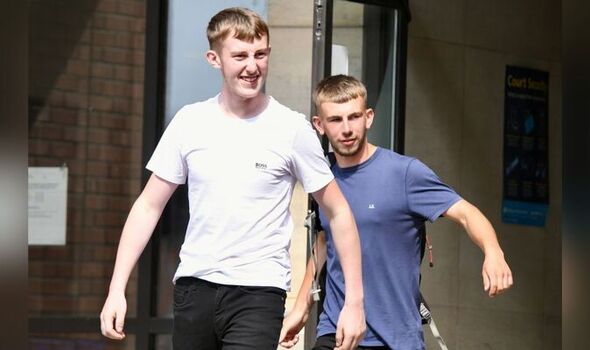 Elliott Boothby and Keiron Stewart could not contain their joy as they walked free from Hull Crown Court, despite the judge issuing them a warning. He said they would “never know” how lucky they were not to be sent to custody and that he realised they would just think they had “got away with it”.

He added: “You haven’t got away with it.”

However, the warning seemed to fall on deaf ears and, within minutes, they were celebrating their narrow escape, with one of them pulling faces and waving his arms around, reports Hull Live.

Boothby, 18, of Orchard Park Road, Hull, and Stewart, 18, of Coxwold Grove, Hull, admitted burglary and stealing a car on June 1.

Boothby also admitted failing to provide a blood sample and having no insurance and driving licence on that day as well as burglary of a shed on April 28. 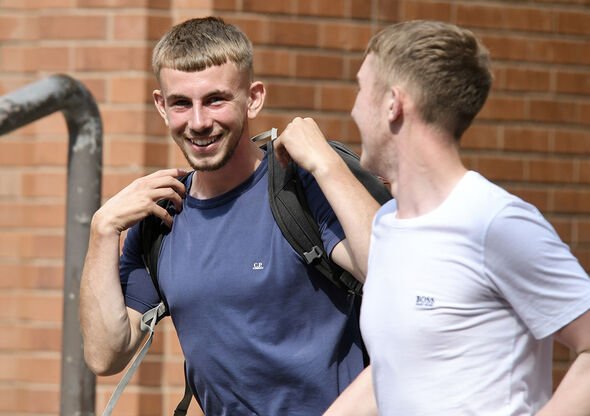 Ben Hammersley, prosecuting, said that the keys to a woman’s VW Scirocco car were stolen during a burglary in Kingtree Avenue, Cottingham, after intruders entered while the occupier was watching TV.

The keys had been hung up near the door. A wallet, containing bank cards and a driving licence, were also taken.

The car was stolen before 1am and police launched a search of the area of Hall Road.

Boothby drove the car at 70mph in 20mph and 30mph areas and a tyre-bursting stinger device was used in Beverley Road, which the car hit, causing it to hit the kerb and spin before coming to a stop.

“Both defendants ran from the vehicle,” said Mr Hammersley.

Boothby was found shortly afterwards hiding in a nearby garden and Stewart was discovered by a dog officer 25 minutes later in a wooded area.

He told police: “I will be faster next time. If I had been driving, I would have been faster.” 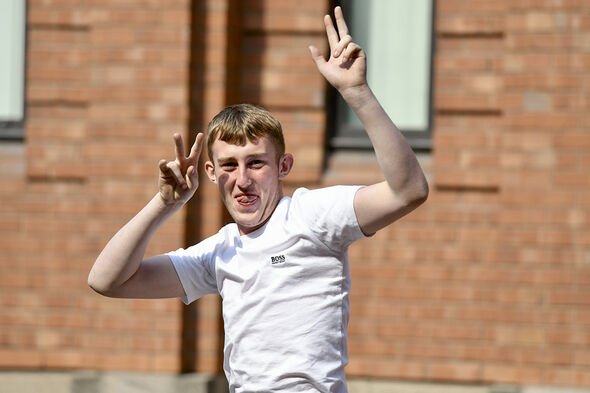 In an earlier separate incident, Boothby broke into a garden shed in White Street, Hull, during the night and stole fishing equipment, valued at £1,100, and cider.

Entry was gained using a wheelie bin to climb over a high fence.

He drank from a bottle of cider that he found and he was identified from DNA on the discarded bottle.

Cathy Kioko-Gilligan, mitigating, said that unemployed Boothby had shown remorse and had no previous convictions.

“This is undoubtedly appalling offending,” said Miss Kioko-Gilligan. “It’s a complete mystery to his mother why he has behaved the way he has. It’s immaturity that has brought him before the courts today.

“He left his DNA at the scene and thought he had got away with it. He bitterly regrets his offending and recognises the impact his offending has on others.”

Marc Luxford, representing Stewart, said that the teenager had struggled with drugs, mostly cannabis and some use of cocaine, and there had been troubles at home.

Stewart hoped to join the Army and was working towards that but this would probably now be impossible because of his convictions.

The burglary was serious because the occupant was at home, although Stewart claimed that he stayed outside the house and played a slightly lesser role.

He was remorseful and had no previous convictions.

He was banned from driving for one year.

Recorder Peter Makepeace QC told Boothby and Stewart: “Never, ever be so stupid as to commit this sort of offending again. I’m not stupid, I’m sure you will think initially you have got away with it. You haven’t got away with it. Make another mistake like this and you will go to prison.

“That’s your one and only chance. Don’t let me down now. Please do not let me down because, if you do, I will find out.” He said that he would make sure that the next judge would be told about the chance that they had been given.

“You will never know how lucky you are,” said Recorder Makepeace.

Within minutes of being spared custody, Boothby and Stewart both bounded out of the court building laughing and joking, with Stewart, in particular, messing around and making gestures of delight and defiance to bystanders.