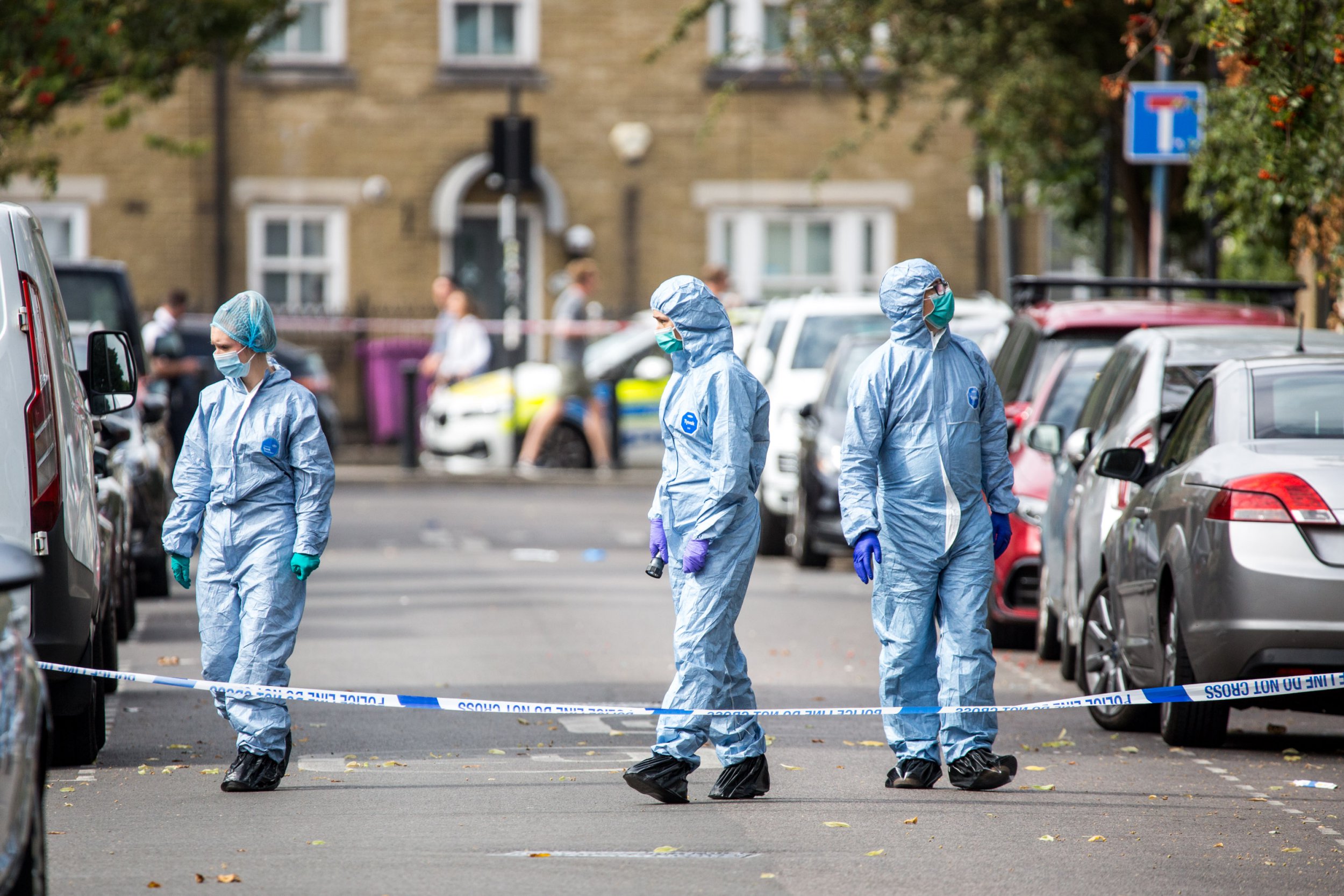 A 17-year-old who was stabbed to death in London during a mass disturbance has been named.

Shae Gordon was fatally wounded during an alleged brawl in Bow, east London, on Sunday.

Another teenager is fighting for his life in hospital.

The Met has confirmed an 18-year-old man has been arrested on suspicion of violent disorder and remains in police custody.

Scotland Yard said the incident happened in Lichfield Road shortly after midnight and an air ambulance had to be drafted in.

Shae was rushed to hospital but died under two hours later.

The Met confirmed several people were involved but cautioned against reports that up to 100 people were on the scene, saying they appear to be exaggerated.

Detective chief inspector Mark Rogers: ‘An arrest has been made and our investigation is continuing at pace.

‘Shae’s family have our assurances that we will do everything we possibly can to bring them justice and support them following their terrible loss.

‘I also want to reassure them and the wider community that my team and I are working around the clock to establish exactly what has happened and who is responsible.

‘I would ask anyone who witnessed this incident or may have information that could help our investigation to please get in touch with us and share what you know.

‘I am aware of reports saying that about a hundred people, armed with weapons were involved.

‘While I would stress that our investigation is in its very early stages, this information does not appear to be wholly accurate.

‘We know a significant number of people were caught up in this incident but not necessarily directly involved or armed with weapons.’

You will lose! Sturgeon referendum hopes crushed as EU ‘would eat Scotland for breakfast