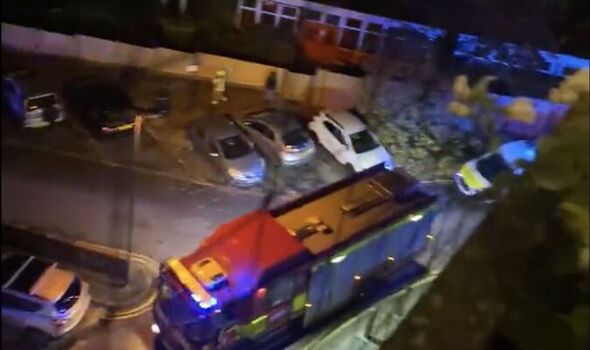 A fire has broken out at a sixth-floor flat on Russett Way in Lewisham in south east London. London Fire Brigade have sent ten vehicles and 70 firefighters out to the scene, sharing news of the outbreak on Twitter.

The post read: “Ten fire engines and around 70 firefighters have been called to a fire on Russett Way in #Lewisham.”

They added in a second post: “Firefighters are currently tackling a fire involving a sixth-floor flat in #Lewisham.

“Please avoid the area whilst we work to make the scene safe.”

The Brigade’s 999 officers have received 12 emergency calls regarding the fire at the Russett Way address, with the incident first reported at 01:53am on Tuesday morning.