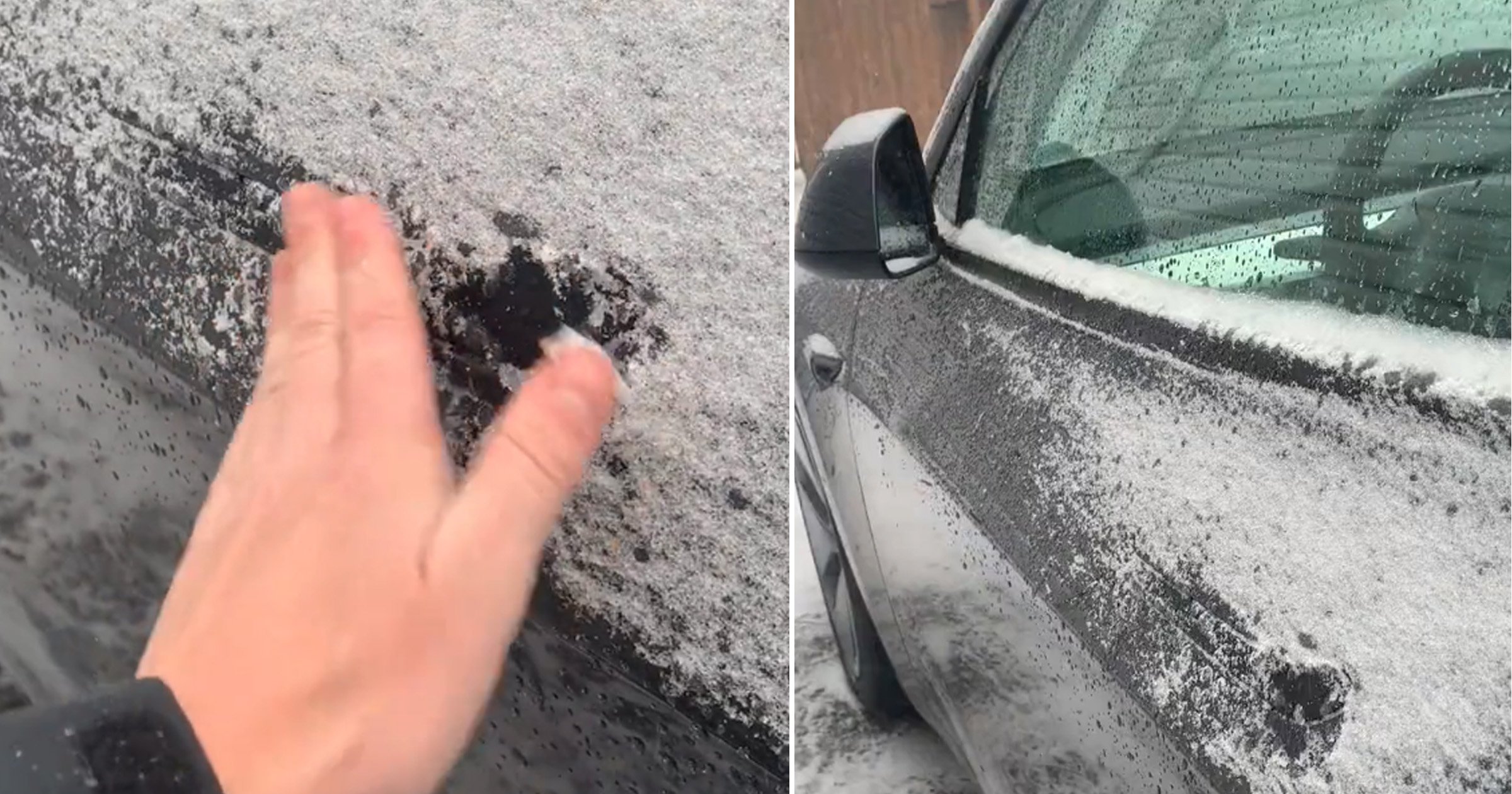 The freezing temperatures sweeping Canada and the US over the holidays have left some Tesla owners unable to use their cars.

Ontario-based meteorologist Rachel Modestino found the door to her Tesla frozen shut on December 23 when the mercury dropped to -15°C.

In a Twitter video seen more than 10.1 million times, Modestino showed how the handles were covered in thick frost.

Tesla door handles sit flush with the car’s body and pop up out of the door to use, meaning she couldn’t just grab onto it and tug the door open to get inside.

Modestino tweeted: ‘@elonmusk bet ya didn’t think of ice in the Tesla design.’

She stressed that she did preheat the car before trying to open it and used the vehicle’s defrost feature.

In a follow-up video, Nati says Tesla towed his vehicle and provided him with a Tesla Model 3 while his was serviced.

Some Twitter and TikTok users used the issues as an excuse to knock electric vehicles in general.

Electric car batteries generally don’t fare too well in the cold, with experts recommending heating up the vehicle’s interior while the battery is recharging.

But electric cars are substantially better for the environment, producing fewer planet-warming fumes and air pollutants than petrol or diesel cars.

And frozen door handles – in chilly Ontario no less – certainly aren’t a Tesla-only problem and do happen to petrol and diesel cars too.

One Twitter user told Modestino: ‘If you park your car outside in freezing rain, you have to be prepared for the aftermath,’

Another added: ‘I have a Nissan Titan XD and it was frozen solid all entries for 9 hours after a road trip to Albuquerque, NM 3 weeks ago. This is life in the zone where stuff freezes.’

It comes as across the pond in the UK, videos of snaking queues of Teslas waiting at charging ports over the holidays went viral.