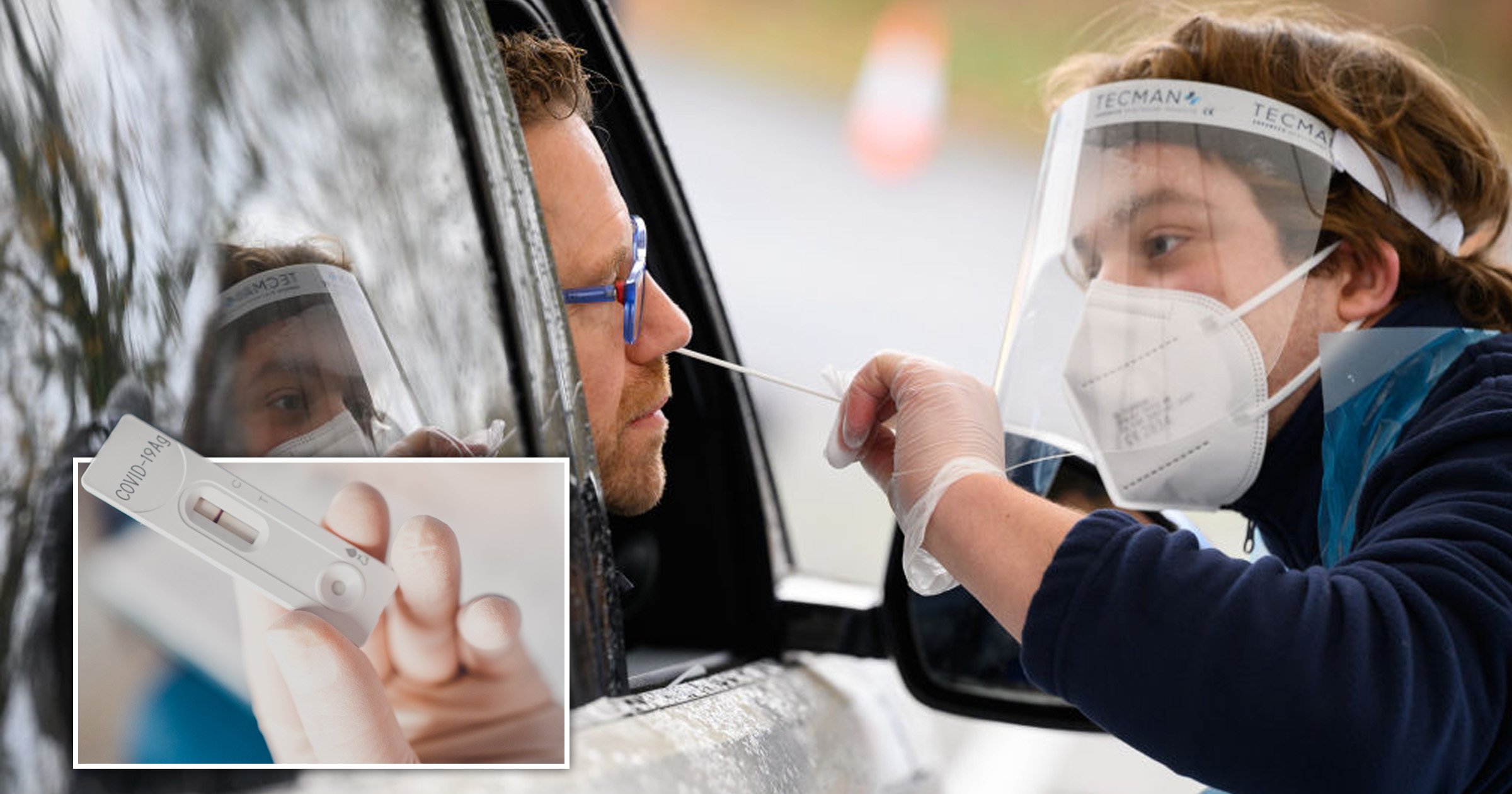 Tens of thousand of people have been given false negative Covid test results.

A problem with a PCR testing centre first identified at a PCR testing site in Berkshire could have affected ‘a number of sites nationally’.

It is has since emerged that NHS Test and Trace suspended operations at the Immensa Health Clinic’s Lab in Wolverhampton.

Around 43,000 may have received false results from the lab between September 8 and October 12.

Health officials have not provided further details but the council which announced the first reported issue said it has been ‘confirmed’ to them by Whitehall it is more widespread.

It is unclear if the Berkshire issue is linked to the Wolverhampton lab.

West Berkshire Council is asking anyone who got a test at Newbury Showground to go back for another over fears about inaccurate results.

The problem covers the period between the October 3 and October 12.

A statement from the council said: ‘Over the past month, some PCR tests completed at the Newbury Showground testing site, operated by the Department for Health and Social Care (DHSC), have had results sent out that may have incorrectly shown as negative for Covid-19.

‘After receiving reports from local residents in recent weeks that there were concerns about the accuracy of test results from the site, we passed these concerns onto the DHSC for further investigation.

‘The DHSC has now confirmed that a number of sites nationally may have been affected by this issue, including the one at Newbury Showground’

It’s unclear how widespread the problem is at this stage. Metro.co.uk has contacted the UK Health Security Agency and Department for Heath and Social Care for more details.

The testing failure comes as the number of people testing positive for Covid hits its highest level for nearly three months.

A total of 212,880 people tested positive at least once in the week to October 6, up 2% on the previous week, according to the latest Test and Trace figures.

Covid-19 case rates are rising in all regions of England, according to the latest weekly surveillance report from the UK Health Security Agency.