A police officer has appeared in court over allegations he had inappropriate relationships with multiple women, including members of the public, while on duty.

Oliver Perry-Smith, who serves as a PC with Thames Valley Police, has been charged with misconduct in public office over the alleged incidents.

Arriving wearing a woolly orange hat and a black face covering, he spoke only to confirm his name and address at East Berkshire Magistrates’ Court in Slough on Tuesday.

The 38-year-old is facing three misconduct charges, along with two counts of computer misuse, following an investigation by the Independent Office for Police Conduct (IOPC). 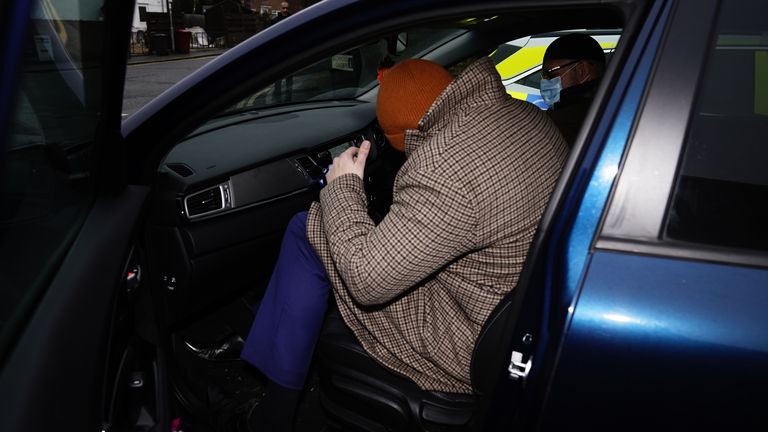 He is accused of abusing public trust through a number of acts, including having a sexual relationship with a woman he met through his work between October 2015 and December 2016.

Perry-Smith had been dealing with her case after she had been accused of harassment, the court heard.

He is also charged with obtaining personal information about a woman he met in a shop in Newbury while on duty.

He allegedly visited her home for non-police reasons and made “inappropriate remarks” to her in February 2019.

Another charge refers to accusations that the constable engaged or attempted to engage in sexual relationships with female members of the public while on duty and in uniform.

The accusations span more than a five-year period from September 2014.

In 2019, Perry-Smith also allegedly used the police national computer system to find personal information about a woman, and data about another person.

Previously, the IOPC said Thames Valley Police had referred the case to them in November 2019, and they completed their investigations in June last year.

Perry-Smith was released on bail and will next appear at Reading Crown Court on 15 February.