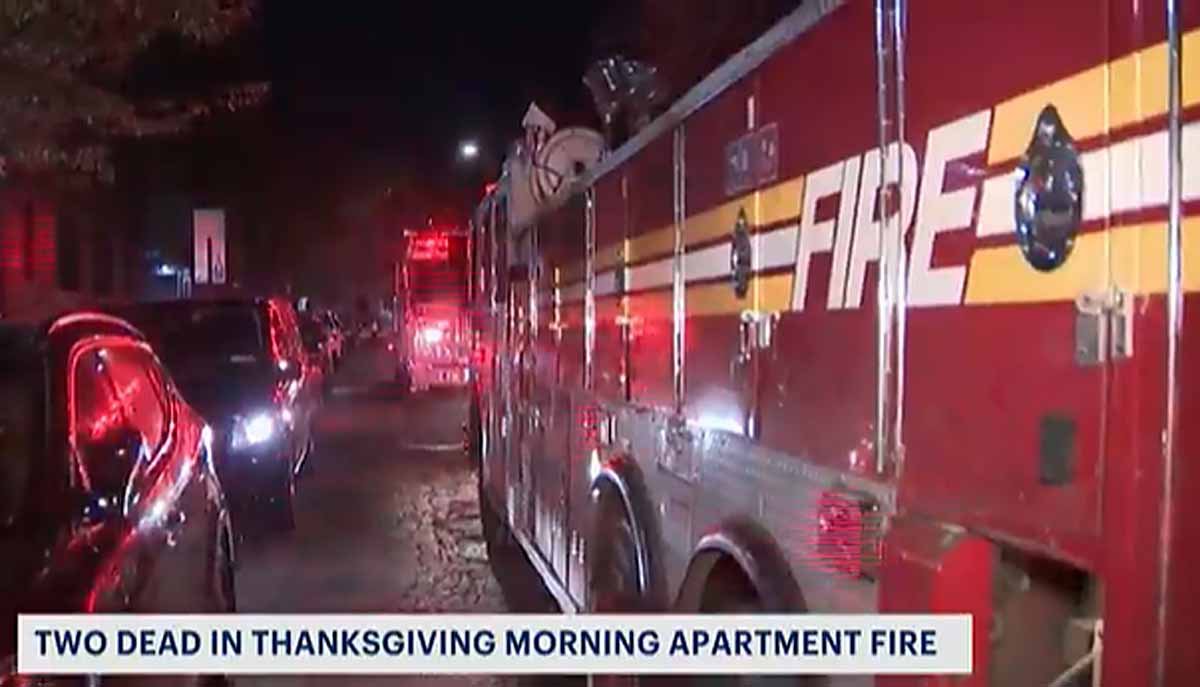 A father and daughter were killed when an early morning fire ripped through a New York City apartment on Thanksgiving day.

Two more family members were hospitalized in critical condition after the blaze swept through a five-story apartment building in the Morris Heights neighborhood of the Bronx.

Firefighters responded to the scene around 5.30am on Thursday. The fire was under control in under an hour, and the victims were taken to several hospitals in the Bronx.

Officials from the Fire Department of New York are still investigating the cause of the fire. They currently believe it started as an electrical fire, possibly in a second floor kitchen.

The victims were identified as Perfecto ‘Jose’ Aramboles, 60, and his daughter Odalys Aramboles, 20.

‘Odalys was autistic and truly a walking angel. My uncle Jose was a good man who stood by his family through it all,’ family member Michelle Guzman wrote in a post on GoFundMe.

Relatives identified the other to injured victims as Aramboles’s wife, Lorenza Suarez, 63, and her daughter, Rosanna Suarez, 43.

Guzman said that Lorenza and Rosanna are still in critical condition, but will hopefully recover soon.

Guzman also organized a fundraiser to support the family after the tragic fire. ‘Unfortunately, they lost all of their belongings and their home after this devastating event,’ she wrote. ‘On this Thanksgiving Day, we give thanks for our lives and the opportunities we’ve received, but we are also overcome with sadness and tragedy.’

‘My heart and prayers go out to the affected family,’ said City Councilmember Pierina Sanchez, who represents Morris Heights. ‘May God grant you strength during this difficult time. It’s never easy to lose loved ones, but it is especially painful on Thanksgiving, a day meant to be spent with family. Sending love and light.’

Student, 22, fined £6,600 for not isolating after posting picture on Instagram