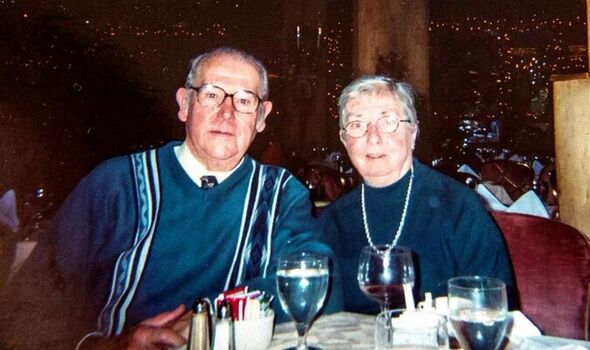 Geoff Banks from Honiton, Devon, and Celesta Byrne, from the USA, started writing to each other aged 16 in 1938. They both turned 100 this year.

Former engineer Geoff even kept in touch during the Second World War when he served as a mechanic on aircraft carrier HMS Illustrious in the Pacific.

Recently the pair had their first call via the Zoom app. Geoff admits he finds it “difficult” to put pen to paper at his age.

He said: “I honestly struggle to remember how we got in touch, but I was talking to Celesta recently and I think it was something to do with an American school’s scheme.

“They matched us up with Americans for a penpal relationship and somehow I ended up with this letter from an American girl. We just kept corresponding.”

He added: “Now, of course, she is partially sighted, so I correspond mainly by email to one of her daughters, who lives nearby.

“We just talk about daily lives and our families really. I think in one of my early letters I sent her a copy of a British paper in 1953 which had Queen Elizabeth II’s coronation on the front of it.

“She acknowledged receipt of that, but we generally just chat and put the world to rights you know. She’s a very interesting person. She’s always been there to write to. Even if it was just birthday and Christmas cards.”

Despite corresponding for so long, the pair have only met twice. The first time was in 2002. The second get together was two years later.

Widower Geoff said: “I’d worked abroad for a number of years but had not been to the States for some time.

“Celesta was in New Jersey, so we decided to meet up in New York for a short Christmas trip.

“It was all very good. We met again in 2004 when she invited me to her house for lunch.

“I have this new thing called Zoom I think now to chat with her, but I leave all the technology to younger people.”

Celesta, who now lives in Texas, said there has never been any hint of romance.

She said: “No, we’re just friends, like people who live next door. It’s nice to hear his voice.”