Home » Europe » The best of CES 2023: From electric skates to a stretchy tablet 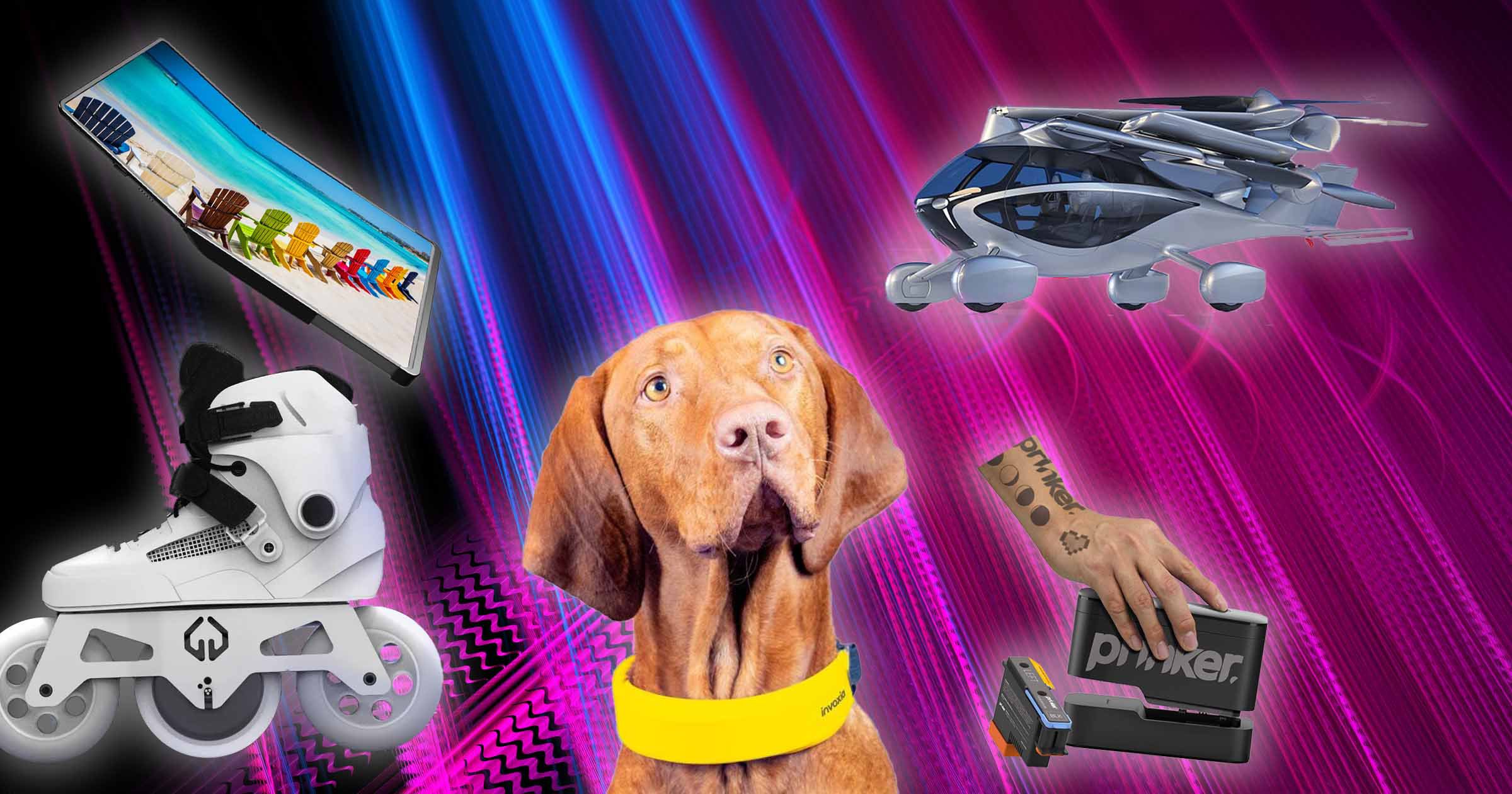 Well, that’s it for another year. The curtain has fallen on CES – the Consumer Electronics Show – until 2024, but 2023 didn’t disappoint.

The first fully-fledged CES since the pandemic, it was bursting with visions of the future, from BMW’s colour-changing car and an all-electric DeLorean to the latest in VR headsets and body trackers.

But it wasn’t all cars and the metaverse.

For the day-to-day tech user, new gadgets included a mouthguard-style device that can clean your teeth in ten seconds, an AI translator that deciphers why a baby is crying just as quickly, and a scanner that can pinpoint exactly when your avocado is ripe (which is also generally for about ten seconds).

Yet still there was more. Read on for a round-up of some of the best new tech unveiled at the Las Vegas showcase, including a stretchy tablet and self-driving buggy.

And if that’s not enough, stay tuned for all the latest news and products from next month’s Mobile World Congress in Barcelona.

One of the biggest hits of the show was AtmosGear’s remote-controlled electric skates – well, rollerblades technically.

With a battery life measured in miles – 20 to be precise – the aim is for commuters to adopt using skates to get to work in the same way they have electric bikes and scooters. A bumbag holds the battery pack and cables connected to the blades, which can also be used as regular skates. A pair costs €550 (£485), and are currently available to pre-order.

Speaking at CES, AtmosGear founder Mohamed Soliman said: ​​’My goal is for everyone to go skating again because it’s so much fun – every time you see people skating you see them with a big smile.’

Calling all twitchers – and the less committed. Bird Buddy’s AI-powered camera bird feeder not only films and photographs the beautiful visitors to your garden, patio or balcony, but identifies them too.

The accompanying app sends a notification when a feathered friend has stopped by to snack – so users can watch in real time – and offers advice on which foods will attract particular species. Models start from $249 (£206).

This isn’t world-changing AI, but a joy nevertheless.

Sticking on the animal theme, Invoxia unveiled the latest iteration of its smart dog collar, which not only measures heart and respiratory rate using sensors and AI – regardless of how shaggy the wearer – but shares the data with your vet.

The collar is also GPS-enabled in case the unthinkable happens and the wearer goes astray – and only requires charging every few weeks.

However, while the collar itself costs $149 (£123), an in-app subscription is also required to continue receiving and analysing data.

Another one that won’t change the world but might make life easier for parents everywhere – digital temporary tattoos.

Prinker (geddit?) has released a small, handheld device that ‘prints’ tattoos onto skin in seconds, and last up to three days. The accompanying app offers thousands of designs, plus the option to create your own. Tattoos are water-resistant but wash off with detergent.

Like real ink however they don’t come cheap, with the Prinker M and one cartridge costing £222.99 and additional ink and skin primer sets at £123.99 (but currently on sale).

Another one for parents – the hands-free stroller. Don’t panic, that function only works when there’s no baby inside, leaving parents free from pushing along an empty pram.

Ella, Glüxkind’s AI stroller, also offers a ‘rock-my-baby’ mode and a white noise machine to help little ones sleep, while on the go an automated danger awareness system sends alerts to parents about potential obstacles.

However, the company has produced only a limited run of the $3,330 (£2729) buggies so far, with just one left in stock at time of publication.

Kitchens are the new living rooms, with room for all the family to work, eat and relax expected when house-hunting. But how to set the vibe for such a multi-purpose space?

LG has one idea – a colour-changing fridge.

Offering 23 different colours, or grey and white options for when a traditional look is called for, the fridge with MoodUP includes Pantone’s ‘Colour of the year 2023’, Viva Magenta.

Samsung is trying hard to bring back the flip phone, and while the cost may be putting off many potential users, there’s no denying the technology in a folding smart device is very cool.

Well, now its sister company Samsung Display has gone one further. The Flex Hybrid prototype tablet not only folds, it also extends – mindblowing. While at the moment it ‘only’ expands about two inches, from a 10.5inch screen to 12.4inch, who knows what the tech behind it will lead to in the future.

And finally, a flying car. You read that right. Perhaps the Holy Grail of transport (bar teleportation), the dream of a car-plane hybrid has long lived in the imagination of commuters and engineers alike.

Did we see the first at CES 2023? Time will tell, but Aska became the latest company to unveil a prototype vehicle that can drive on the road, fit in a parking space and fly – taking off either vertically or from a runway.

And while pre-orders for the $789,000 (£652,428) A5 are open, the electric vertical takeoff and landing vehicle (eVTOL) has yet to receive approval from the Federal Aviation Administration, which would allow it to fly in the US. Plus, don’t put your name down for one unless you have a pilot’s licence…