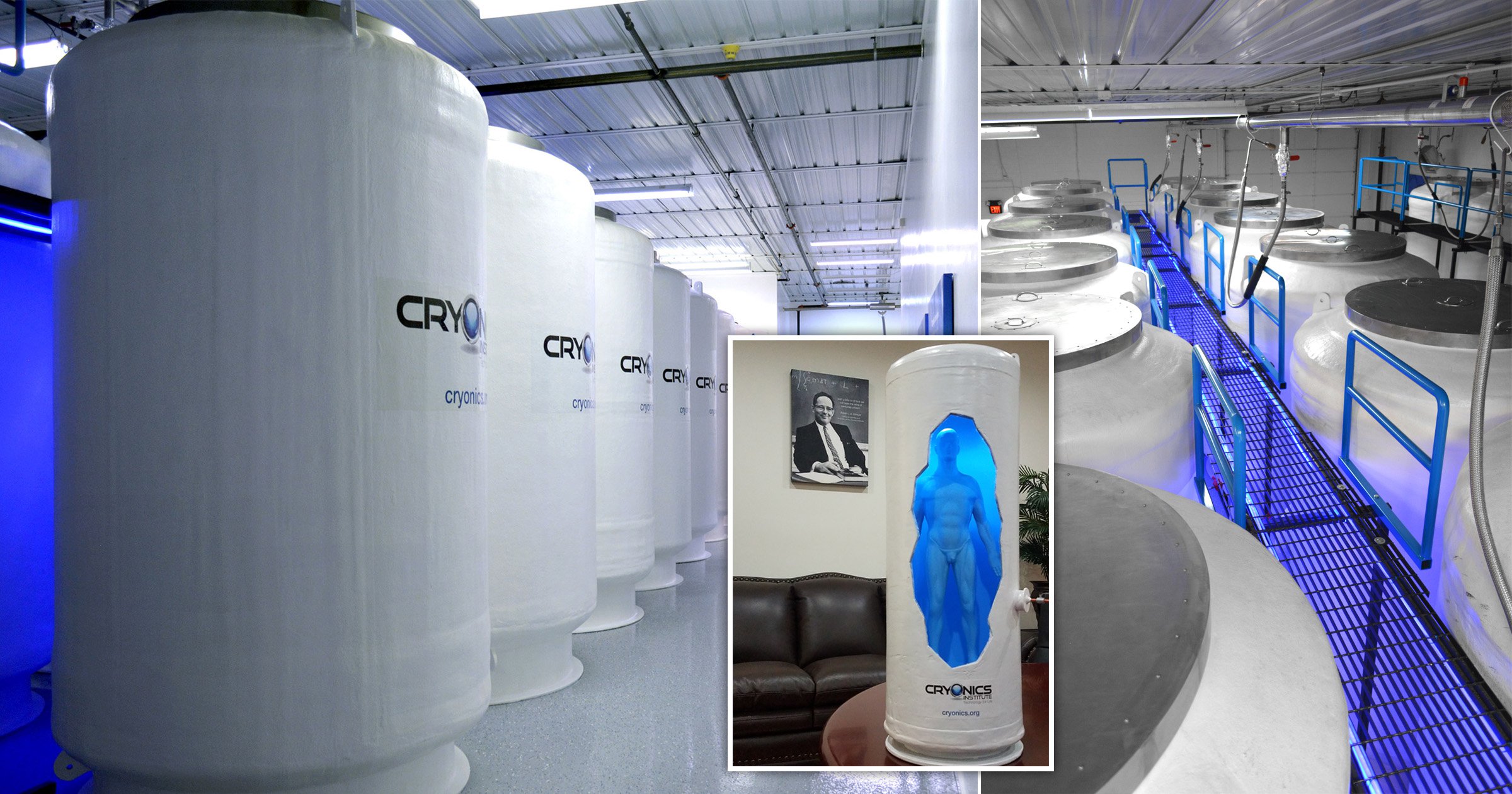 The UK has the highest number of overseas people hoping for life after clinical death at a US lab — which is expanding due to demand.

Of the 2,153 Cryonic Institute (CI) members around the world, 126 who are either ‘in suspension’ or are interested in having their bodies, body tissue or pets deep frozen at the facilities in Michigan are British.

Only the US is better represented, with 1,334 residents signed up, according to figures released for December 2022 by the not-for-profit foundation.

Canada follows the UK, with 111 members eyeing the possibility of life-restoring technological advances in the future. Those signing up are under no contractual obligation to pay for cryopreservation but membership is required for those making plans to ‘live again’.

The aim of the cryogenic process is to preserve tissues, organs and the brain after the heart stops beating, with the body stored head-down in liquid nitrogen at -196C. They are then considered ‘in suspension’ ahead of possible scientific leaps to revive and return them to good health.

Alan Sinclair, whose wife is in storage at the CI, founded the non-profit, UK standby group, Cryonics UK, and is among those hoping for a second chance at life 3,500 miles across the Atlantic. 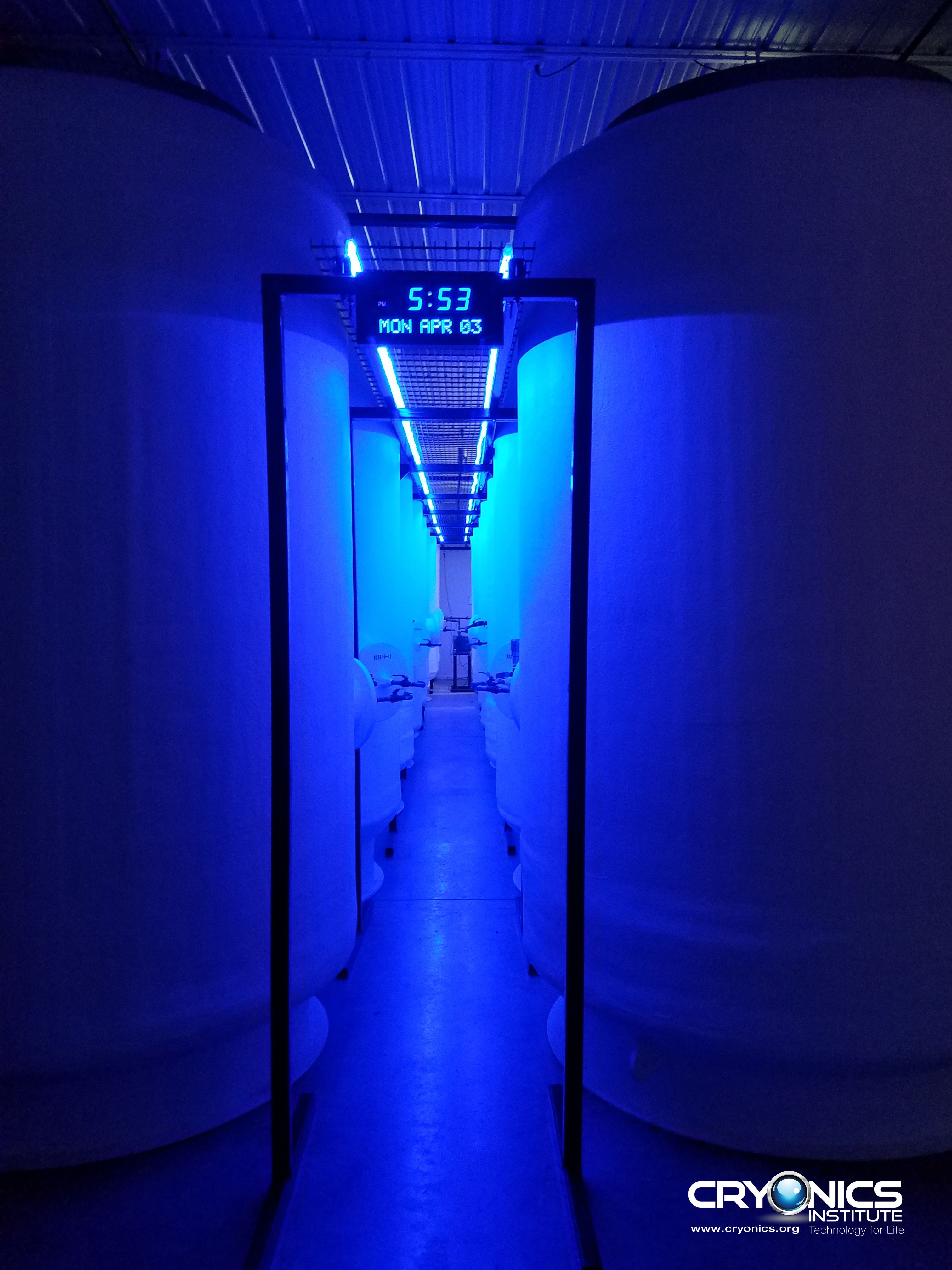 Mr Sinclair, 84, from Sussex, said: ‘We have always had quite a large amount of people join cryonics in the UK. It’s just caught people’s imaginations, it’s certainly caught mine, and I think possibly I am partially to blame.

‘I started up a suspension team over here which caused a bit of publicity.

‘We took up cryonics in this country before Germany, where it’s become quite popular, and it is still illegal in France which means people have to leave the country to be suspended. I think the main reason why it is popular here is that we have supported cryonics for so long.’

After watching a TV show about cryonics in the 1980s, the grandfather-of-six founded the British support group for people wanting a second life.

He is among future-proofers hoping for a healthy, physical revival together with possible cures for ailments that have led to their deaths. 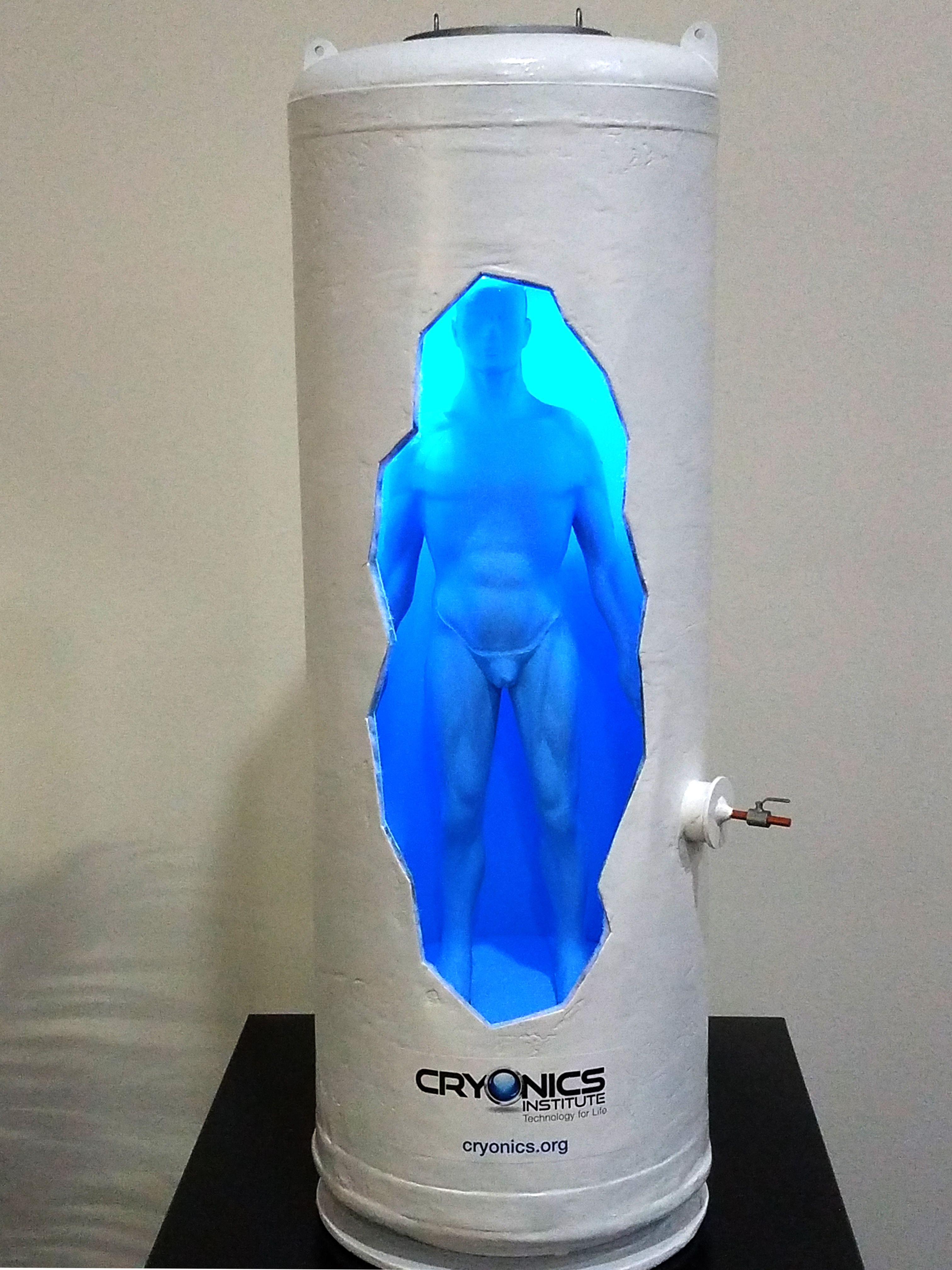 His wife, Sylvia, became the first known British national to be placed in ‘cryonic suspension’ after her death from cancer in 2013, aged 66.

The retired mechanic and electrician has paid £28,000 for his own place in a cryostat tank, which will now be at the new facility.

‘My wife is in cryonic suspension and sometime in the future I will be in suspension as well,’ he said. ‘I still feel the same as I did many years ago, that it’s the only thing you can do if you enjoy life as much as I do.’

Critics view cryonics as fanciful pseudoscience, with Dr Miriam Stoppard previously saying it ‘robs the dying of their dignity’.

Although strides are being made in technologies such as artificial intelligence and nanotechnology, the reawakening of the brain and other organs after the body shuts down remains a far leap. 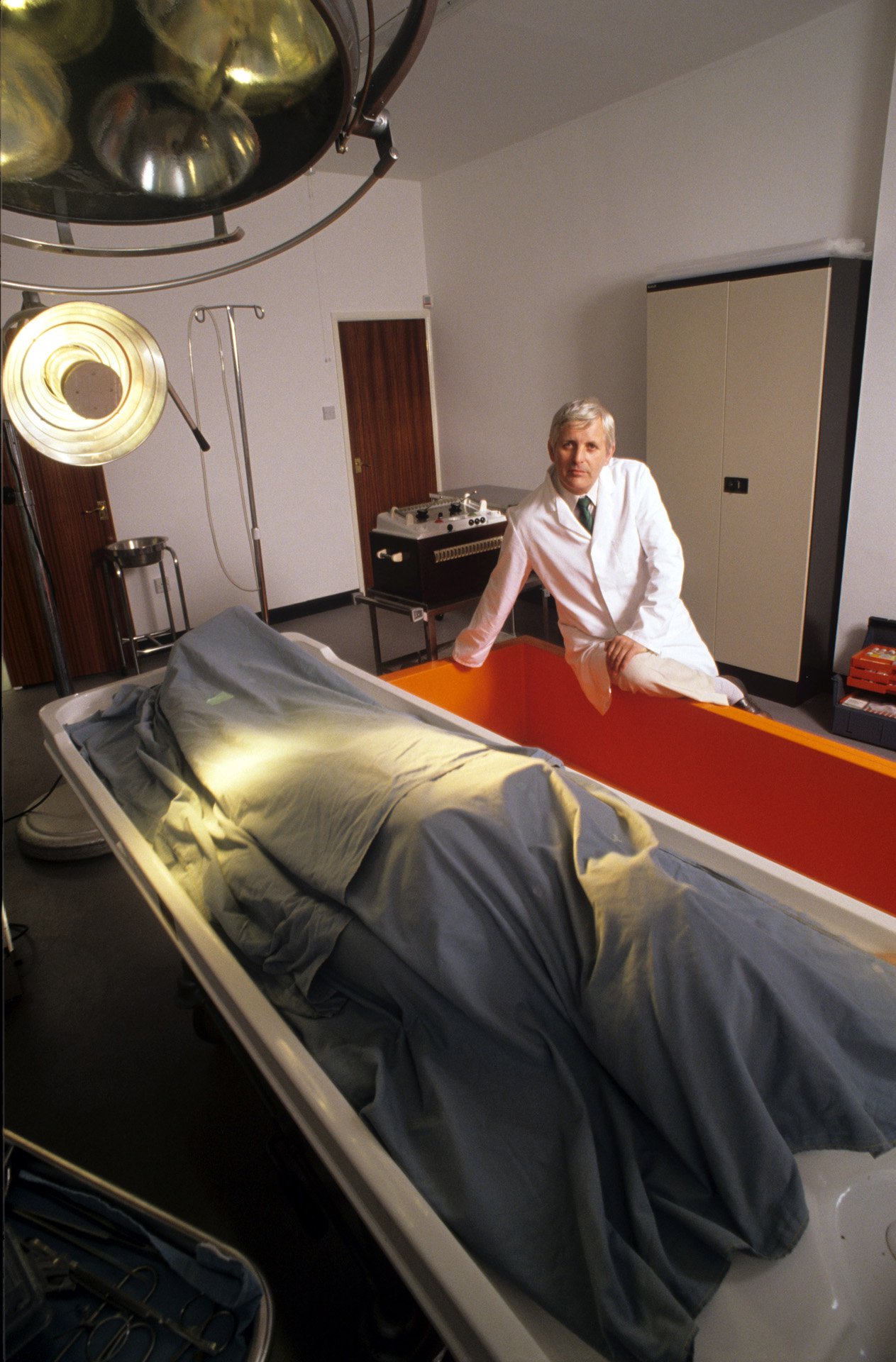 Patients have nevertheless continued to sign up with the CI, which stored its last person at the main facility on December 20 — taking the number to 236 humans and 233 pets. The first individual at the new facility, located just west of the existing site, was installed two days later.

Capacity at CI West, as it has been named, is estimated at 250 patients.

‘This is a real milestone for CI, and I am proud to have helped us grow to a size where we surpassed our capacity and needed another facility for patient storage. This is what our mission is all about so it’s very rewarding to see how many patients we have preserved to date who will hopefully live again in the future.’ 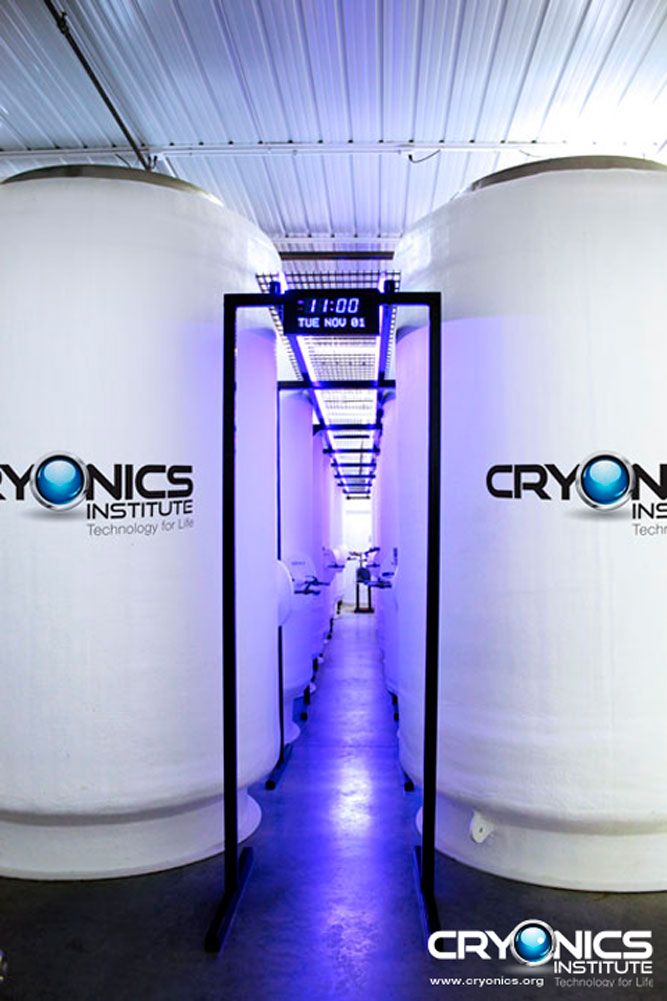 The UK group formed because of the complicated logistics involved in transporting a clinically dead person to the US.

A patient’s blood has to first be replaced with cryoprotectants – part of a process known as vitrification – to prevent freezing damage.

The body is then placed in dry ice and transported to Michigan.

The last patient to become sub-zero cargo across the Atlantic from the British Isles was a 76-year-old from the Isle of Man.

His body was cooled in dry ice by Cryonics UK after his clinical death on October 8 last year before being transported to the main CI facility via Detroit Metro Airport.

The member was placed in a computer-controlled cooling chamber which reduced his body to liquid nitrogen temperature over five days and 12 hours. He was then placed in a cryostat for long-term storage, according to a case report by the CI.

10 Covid hotspots with the biggest rise in cases in England