Home » Europe » The City and Brexit: what changes and when

LONDON (Reuters) – Britain leaves the European Union at 2300 GMT on Friday but has yet to negotiate a deal on future trading relations with the bloc. 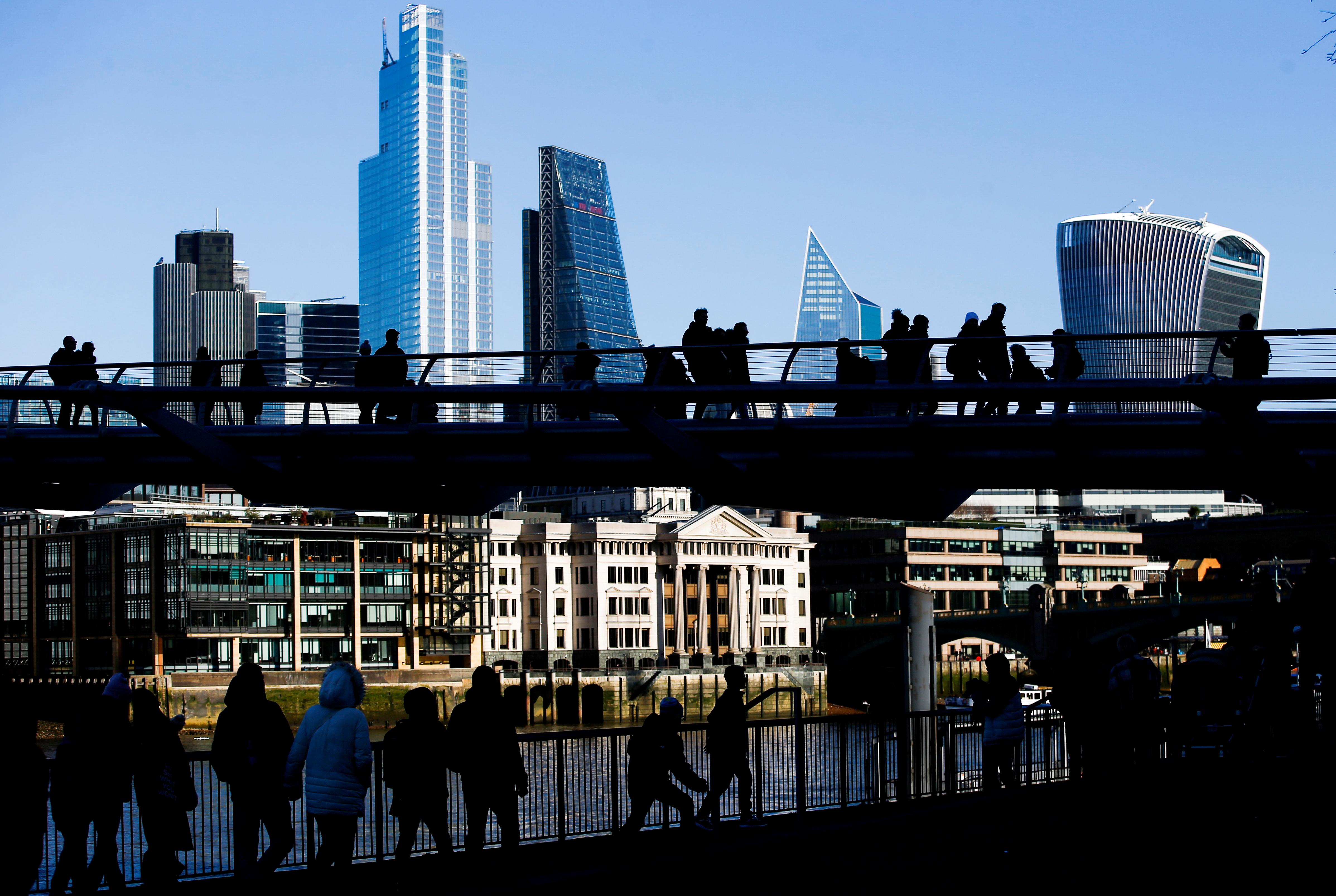 The EU is Britain’s biggest market for financial services, worth about 26 billion pounds a year in exports. That level of business has helped to keep London as one of the world’s biggest financial centres and made the financial industry Britain’s most important tax-raising sector.

The following are details on what will happen to Britain’s financial sector after Brexit.

Effectively, nothing. There will be a business-as-usual transition period until the end of 2020, meaning that investors in Britain and the EU will see no change in services on Monday, Feb. 3.

All EU financial rules will still be applicable in Britain until the end of December.

Banks, asset managers and insurers in Britain will continue to have full, unfettered access to investors in the bloc during that period.

Britain and the EU are set to begin talks on a trade deal that would take effect from January 2021.

Access to each other’s financial services markets will come under the so-called equivalence regime in which each side decides if the other’s rules for financial stability and investor protection are sufficiently aligned with its own to grant access.

The EU and UK have agreed to complete the technical assessments for equivalence by the end of June.

UK regulators have said that Britain is the most equivalent country in the world, but the EU has made it clear that actual access will hinge on trade-offs in a broader deal that cuts across all economic sectors.

Without equivalence, EU investors will probably have to stop using London-based platforms for trading euro-denominated shares, while EU companies would have to use banks inside the bloc to issue bonds.

Asset managers in Britain, meanwhile, may not be allowed to continue running funds domiciled in the EU without equivalence.

Even with equivalence, which falls far short of the unfettered access from the so-called ‘passporting’ system currently in operation, there will be only patchy and limited direct access from Britain. For example, it does not cover basic banking or insurance broking.

Financial firms in Britain have opened more than 300 subsidiaries in the EU to avoid disruption to business in the event of any glitches, such as delays in obtaining equivalence, and will face pressure from EU regulators to keep bulking up.

Consultant EY estimates that 7,000 jobs are moving from Britain to staff these satellite operations, though bankers say this could rise over the course of the year if it appears there will be no equivalence agreements in place by December.

NO BONFIRE OF REGULATIONS

Leaving the EU means that Britain will be responsible for writing financial rules that hitherto came from the EU.

But the financial sector has said it does not want a “bonfire of regulations” that could jeopardise equivalence and many rules that already follow globally agreed principles.

Instead, the sector is asking UK regulators to have a formal remit to avoid new rules that put London at a disadvantage to New York or Frankfurt.

Banks are also pressing the UK government to ease taxes and levies on the sector while also calling for an immigration system that will allow continued recruitment of skilled employees from across the world.