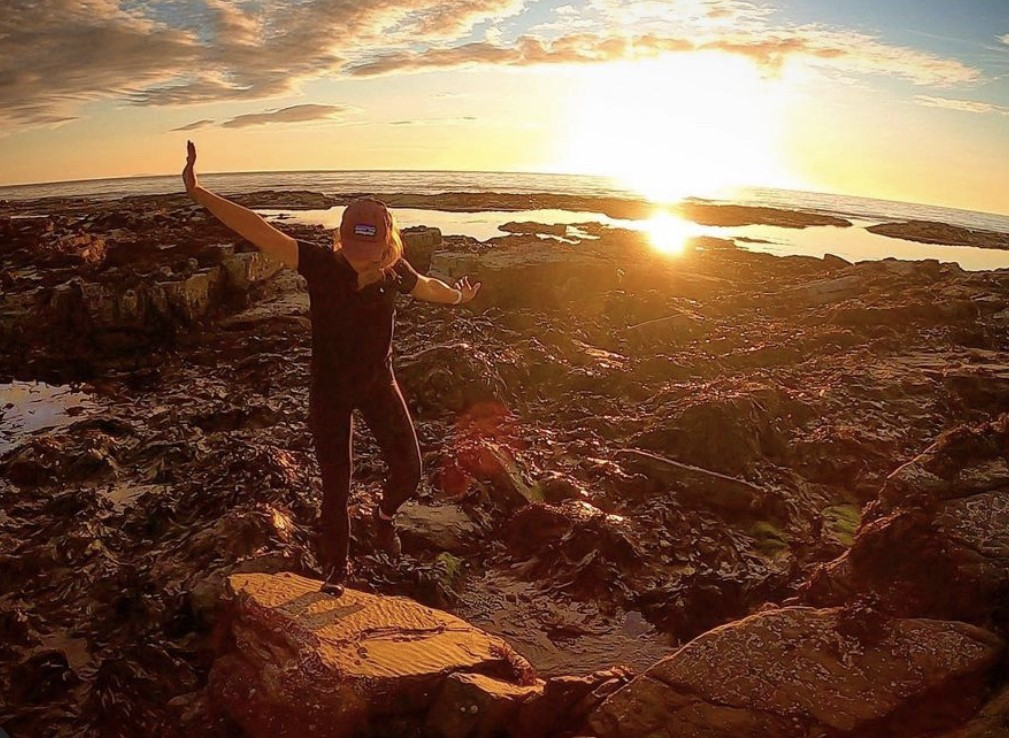 The Intergovernmental Panel on Climate Change (IPCC) report’s conclusions are blunt, and terrifying: climate change is affecting every system on the planet, and humans have played an irrefutable role in accelerating it.

People’s reactions were of anger, despair, eco-anxiety, aided by brutal images such as the burning backdrop of Greece. Many are struggling to grasp these staggering realities – even I struggled to concentrate at work. I’m a science communicator, and coordinate communications for conservation charity, Beaver Trust.

And at my desk, everything seemed monumental and minuscule, all at once.

It’s left me wondering, should I really bring children into this world? Would I be a better parent, by not being a parent at all?

In the developed world, the carbon footprint of a child is just shy of 60 metric tonnes, annually, and this is already on people’s radars. A poll by Business Insider (2019) cited 38% of Americans aged 18 to 29 believe that couples must consider climate change when thinking about having children.

But, to me, that feels wildly unfair. It fills me with sadness to even consider that for millennials and Gen Z, acting on the climate crisis has become not just a social obligation, but an individual moral dilemma.

I’m 26 and naturally maternal – I am lucky enough to have three nephews, all under five years old.

Every time I see them the world fades – so lost I become in the maze of their minds. Holding their hands and sharing their wonder in the leaf skidding across a pub car park feels right.

I see the joy they bring my parents, navigating roles as Nanna and Grandad. As intensely sociable mammals, finding purpose and fulfilment within our family groups is only natural. It’s how it was meant to be.

I take some comfort from the report’s conclusions that while the extreme heat, permafrost thawing, jet stream fragmentation and ocean acidification are a guaranteed part of Earth’s future, humans still have a decent chance of swerving our course to avoid irreversible damage.

But I don’t want to put my faith in industrial leaders, corporations and politicians taking immediate action – when there is no guarantee they will.

I ask, is there an individual action that will have a more immediate effect? Because suddenly my reusable coffee cup doesn’t seem enough anymore.

We are told that it’s all hands on deck to solve the global dilemma on our hands. If you Google ‘What is the best thing I can do for the planet?’, you receive a flurry of the usual suggestions: ‘recycling’, ‘walking instead of driving’, ‘eliminate meat and dairy from your diet’. But what if you could prevent all of this by not adding to the people problem in the first place? Should a drastic situation call for drastic, individual action?

Indeed, birth-rates are falling in developed nations (and seemingly being supplemented by dogs). And now I’m feeling the pressure to think about whether my climate mitigation should be a denial of motherhood. Close peers and I have mused this conundrum at times, but it’s become a more personal guilt.

I’ve spent the past year writing my first book on endangered British species and climate change. In speaking to over fifty scientists during my research, I was struck by their candour, in admitting the terrible situation the planet is in. I cannot stop thinking about it. I feel pressured to do something radical.

But aren’t we also advised to grow up, meet someone, settle down, and start a family?  Maybe I could limit myself to two children – little eco-warriors who join Mummy and Daddy in fighting the good fight. We could grow vegetables, and cycle to school. We could explore every corner of the British Isles instead of going abroad, saving the extra carbon emissions of air travel.

Looking at friends who are embarking on starting a family, there seems a purity in the chaos of young parenthood. And I want a part of that.

Among these circles though, I have to tread carefully around the topic of having children in a world that’s so severely heating. There’s a strong risk of sounding ‘holier than thou’, or of being viewed as an eco freak (*checks mung bean stock).

There’s a strong risk of belittling the immensely responsible, and demanding job of raising a child, by actively disobeying instinct to further the human race.

In a world of political indecision, environmental war, and public health uncertainty, you could argue that life on Earth has always been challenging. And yet even just skimming the IPCC report, I’m unsure whether that is true anymore. (At least, not with 7.8billion people in the mix).

As someone working in the conservation sector, if I do have children one day – will I be called a hypocrite? Perhaps.

So, should I seek out my motherhood ‘fix’ elsewhere? I might be a godmother. I could even adopt, or foster. But I’m not sure whether I need to feel so anguished about this, yet.

The invisible threat of Covid-19 united the global battlefield; we grabbed our swords and shields, proving that we can muster the intelligence, tenacity and collaborative will to spur urgent change in the face of adversity.

We know what to do. We know that fossil fuel use needs to dramatically curb. Persuasive research repeatedly demonstrates the power of industry-led resource control in doing more for climate change mitigation than a draconian-style population curfew. Science tells us that we must tackle climate change with a holistic approach that involves all levels of society – and builds lasting resilience.

It occurs to me that responding to the instincts of nature restoration and that of parenthood shouldn’t be mutually exclusive. Because there is certainty about the state of the planet like never before.

And whatever little hand I am holding onto one day, that fills me with hope.