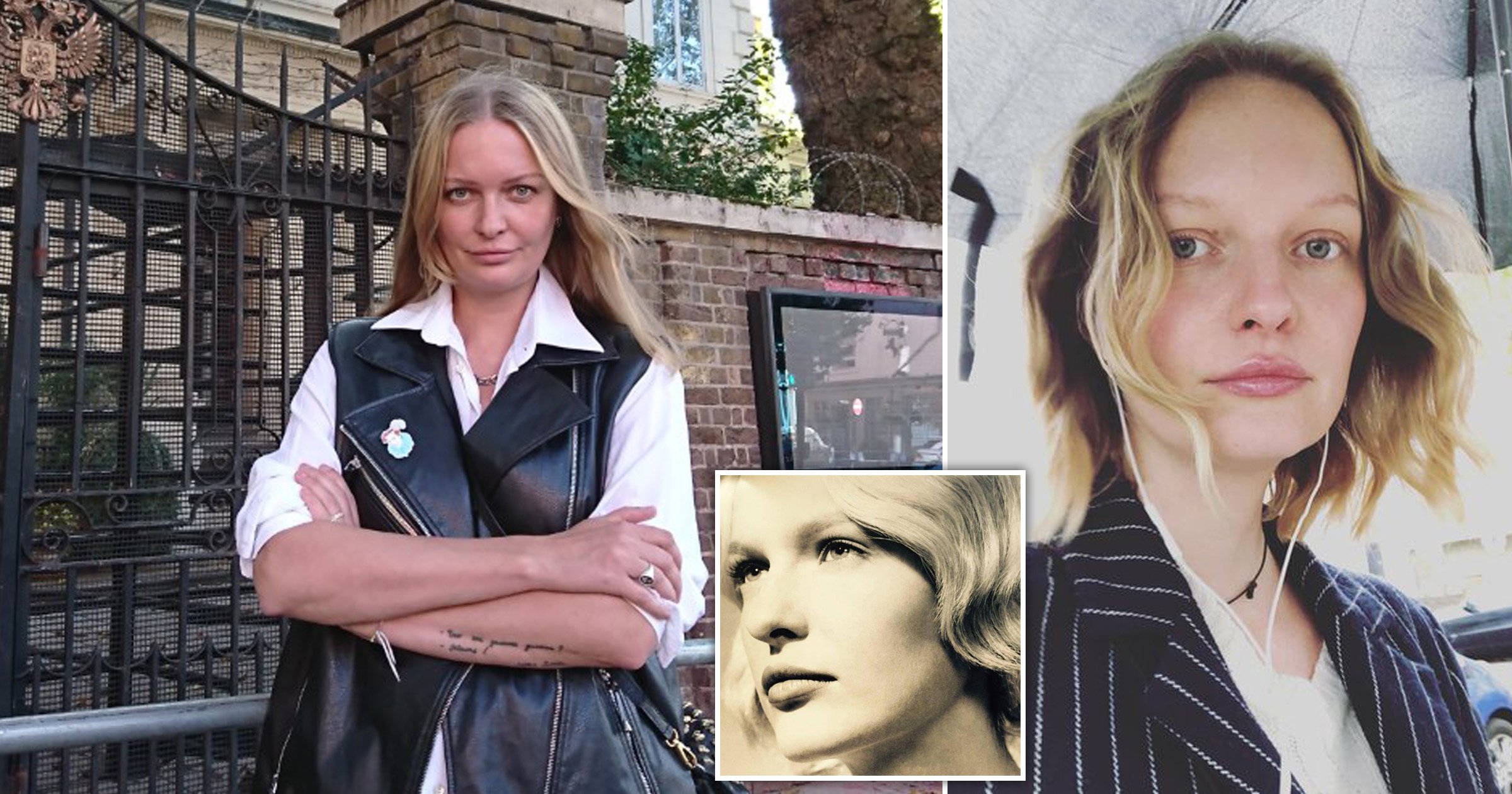 A former supermodel based in London is helping Russians flee Vladimir Putin’s ‘partial mobilisation’ for his faltering war in Ukraine.

Ksenia Maximova is one of most high-profile figures among UK-based activists who are bitterly opposed to the president’s brutal invasion, which included deadly missile strikes on Kyiv this morning.

The former Gucci Rush perfume model, who was born in Russia’s Ural Mountains, told of the desperation of those trying to escape over the borders following his attempt to shore up numbers at a time when Moscow’s forces are being humiliated on the battlefield.

Mrs Maximova, who has dual British and Russian nationality, told Metro.co.uk of her contempt for ‘completely warped’ Mr Putin as she rallies support behind a newly-formed opposition group.

‘We are just trying to get as many people out as we can,’ she said.

‘The last two to three weeks have been mad. Plane tickets ran out almost instantly, people are leaving with a suitcase and that’s it. They are taking their children and their pets and leaving the country.

‘They are running out of food and water and waiting for days in traffic with freezing temperatures at night as they try to cross the borders. We are trying to organise financial and psychological help and legal aid for them.

‘Other people want to fight because they have been brainwashed for however many years, and we try to explain to them why the war is wrong.

‘We have started a fundraiser to pay for shelters because Kazakhstan alone received 200,000 people and clearly they don’t have the resources for those kinds of numbers, they’re not the richest country in the world. People are also fleeing to Armenia and Mongolia.

‘At the moment it’s really hard because there are not many countries that will let Russians in without a visa.’

Mrs Maximova, who grew up in Moscow before moving to the UK, was last in Russia four years ago and fears arrest if she returns due to her visibility in the overseas anti-Putin movement.

After joining an international campaign supporting imprisoned Kremlin critic Alexei Navalny she became the director of the anti-war Russian Democratic Society, which formed after the full-blown invasion began on February 24.

The mum of two is among Russians who are increasingly vocal against Mr Putin’s war, with the society holding protests including a ‘guerilla’ projection onto the Russian embassy in Kensington.

In her former homeland, the backlash to the ‘partial mobilisation’ announced three weeks ago has led to a reported 200,000 people going into exile amid huge traffic jams at border crossings.

‘Putin comes from the streets of St Petersburg with a gangster’s mentality, you can’t judge him by Western standards and common sense,’ Mrs Maximova said. ‘I think he’s poorly advised and his understanding of reality is completely warped.

‘Like all dictators, he’s completely detached from reality and essentially he’s not a very smart politician. I love my country and I have had to watch him run it into the ground and create damage that will take hundreds of years to repair. He has created a holy mess.

‘Putin and all of his cronies could have stayed wealthy and carried on stealing, but they have made the biggest tactical mistake ever.

‘In the end, he has no foundation, as people don’t really support him. It’s all a bubble and one day it is going to burst.’

The society aims to consolidate opposition against Mr Putin and the war among UK-based Russians into one movement, with the next rally planned for Parliament Square on Sunday afternoon.

Mrs Maximova, 36, is leading the organisation outside of her full-time job as a photography agent and producer.

She has lived off and on in London for 22 years and was previously a model after being scouted in a Moscow coffee shop at the age of 16.

The teenager spent the next three-and-a-half years on assignments for high end brands including Channel and Dolce & Gabanna, appearing at fashion weeks in London, Milan, New York and Paris and in magazines including Vanity Fair and Vogue.

She then went to Richmond, The American International University in London to study media art design, and subsequently lived in Argentina and then Italy before settling in the capital with her husband and two children.

She describes herself as apolitical before she entered activism in 2011, using her scarce money to fly to anti-government protests in Moscow.

‘Modelling was a really good career and I guess I was lucky, but I always had a feisty side and a sense of justice,’ the campaigner said.

‘I didn’t think I was bringing anything to society by just standing there posing, at least that’s how it felt to me, I know a lot of young women are great at it and it’s a legitimate career.

‘At the time, it didn’t occur to me that I could have used that level of fame to make my voice louder, but I don’t regret leaving the profession because it was toxic back then.

‘I went to uni in London as soon as I could and having kids made me really aware of what’s happening in the world, because you feel like you want to protect your children.

‘I would go back to Moscow and see people watching the television glassy-eyed and reading less.

‘The cultural level was falling really quickly and when the protests started I felt there might be an opportunity to change something in Russia.

‘For ten years we have been protesting and telling the world about what Putin is doing, I only hope now it is not too late.’

Protests broke out at the end of September after Mr Putin announced the mobilisation of 300,000 reservist troops, although there have been reports of people with no military experience being conscripted.

There is now speculation that his flagging war in Ukraine may spell the end of his time at the helm of the Kremlin.

In Kyiv, Russian missile strikes are reported to have left at least eight civilians dead and 24 injured after months of relative calm in the capital.

The blasts this morning came after an explosion on the Kerch Bridge linking Crimea and mainland Russia that provided a huge moral boost for Ukraine.

Kyiv has not claimed responsibility for the blast, but reports have said it was most likely a complex operation by the country’s special forces.

Mr Putin said: ‘There is no doubt it was a terrorist act directed at the destruction of critically important civilian infrastructure.

‘This was devised, carried out and ordered by the Ukrainian special services.’

Ukrainian president Volodymyr Zelenskyy said the blasts in Kyiv and others in Zaporizhzhia and Dnipro showed Russia is ‘trying to destroy us and wipe us off the face of the Earth’.

'Halloween Budget' pushed back by Rishi Sunak until next month