“We’ve seen drones being used in Afghanistan against forces there, and in Syria, I believe there was an incident with a drone in Yemen as well recently.

“So this is normal drones but people weaponising them. So there’s an issue of that as well.

“The Royal Protection Team are pretty much on their toes.”

On ways to tackle such a security threat, Mr Bomberg commented: “There are technical ways we can bring down drones, but you’ve got to have that in place.

“So you can use various sorts of jamming equipment, not ideal if you’re at an airport of course, as we saw with Heathrow. 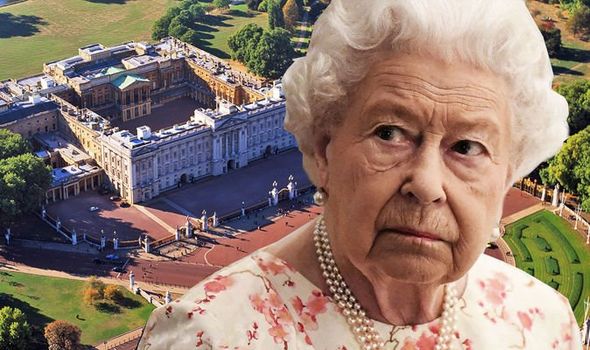 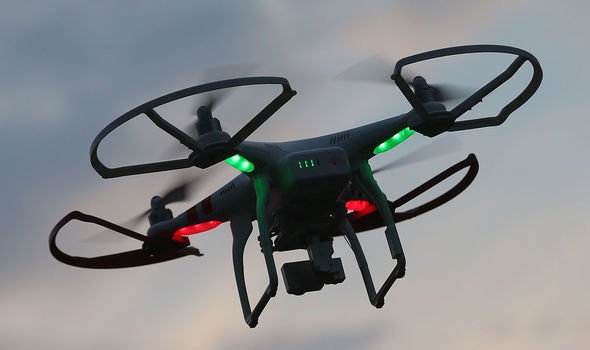 “But certainly there is specialist equipment to bring down drones that are being used by police forces and specialist units.”

A drone that is weaponised, also known as a combat drone, is an unmanned piece of aerial technology that usually carries mounted guns, such as missiles, which can be used in drone strikes.

The comments follow the Queen’s security being placed at risk in July after an intruder broke into Buckingham Palace.

The man climbed over the front gates of the Palace, enabling him to bang down the doors of the royal residence.

Sources told the newspaper it took around four minutes for police to apprehend the man as they assessed whether he was carrying any weapons. There are fears the intruder was attempting to replicate Michael Fagan, who famously entered the Queen’s bedroom approximately 37 years ago. 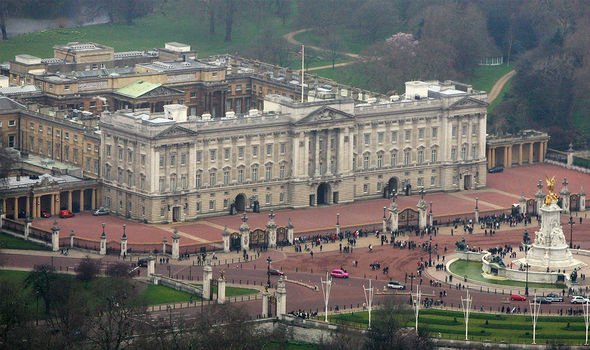 Speaking at the time of the man’s arrest, a Metropolitan Police spokesman said: “Officers have arrested a man on suspicion of trespass, contrary to section 128 of the Serious Organised Crime and Police Act 2005.

“The 22-year-old man was arrested at approximately 02:00hrs on Wednesday, 10 July by officers from the Met’s Royalty and Specialist Protection Command after he climbed over the front gates at Buckingham Palace.

“The man was not found in possession of any offensive weapons and the incident is not being treated as terrorist-related. He remains in custody at a central London police station.”

Royal security breach as intruder breaks into Buckingham Palace [VIDEO]
The ‘single biggest’ security threat to Queen revealed [VIDEO]
The famous break ins – who is Michael Fagan, what did he do? [INSIGHT] 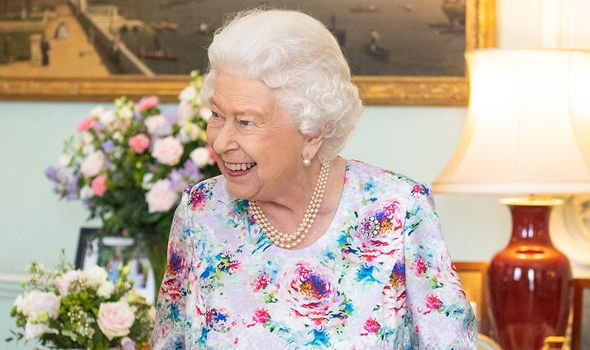 A royal insider told The Sun: “There was an intruder at the Palace while the Queen lay sleeping in her bedroom and he was on the loose for a good few minutes before the cops arrested him. He was determined to get inside the palace and was banging down the doors but, thank goodness, this time everything was locked up.”

The insider added there was a “very real fear” the intruder was attempting to copy the break-in from Fagan in 1982.

They added: “This intruder got into the Palace almost 37 years to the day since Michael Fagan ended up getting inside the Queen’s bedroom. There is a genuine theory and very real fear that he could have been launching a copycat operation.

“The police eventually detained him under the mental health act, but they have to ask some serious questions about how he got on and how he had so long to roam free.

“How is it possible all these years later that someone can climb the fence and get right inside the grounds without being stopped immediately? What about heat censors and CCTV? The Queen’s safety should be paramount.”

Buckingham Palace declined to comment at the time, and said it is a matter for the police.

Covid rules: The areas most in danger of being put into Tier 2 and 3 in December