Her Majesty opened-up on how treats were only prohibited on a Sunday within the royal household and spoke of some of the “ghastly” snacks that were on offer. The Queen, 93, took a trip down memory-lane during her visit to a Sainsbury’s pop-up exhibition to commemorate the supermarket’s 150th anniversary, yesterday. The Queen was presented with an original ration book from the Forties and reflected on her own experiences of food shortages while at the Covent Garden exhibition.

Her Majesty said: “As a Sunday treat we had some sweeties, but we were lucky we had a farm.”

There was also a demonstration of a shopping basket from the Fifties, containing a herring paste that the Queen labelled as “ghastly”.

Rationing was introduced in the UK on January, 8, 1940, four months after the outbreak of World War Two. 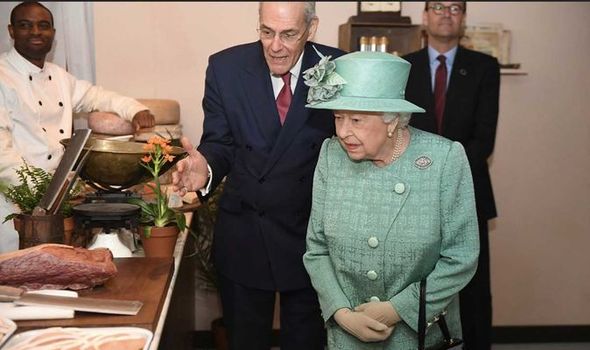 Restrictions were placed on all meat products and limits were put on bread, butter and sugar.

Clothes were also subject to rationing and the Queen even had to collect coupons to buy material for her dress for her wedding to Prince Philip on November 20, 1947.

Rationing of products, although lifted on certain items following the end of the war in 1945, was not outlawed until 1954, two years into the Queen’s reign.

With eating habits changing from porridge and oranges to avocados and ready meals, the Queen joked “tastes have changed”. 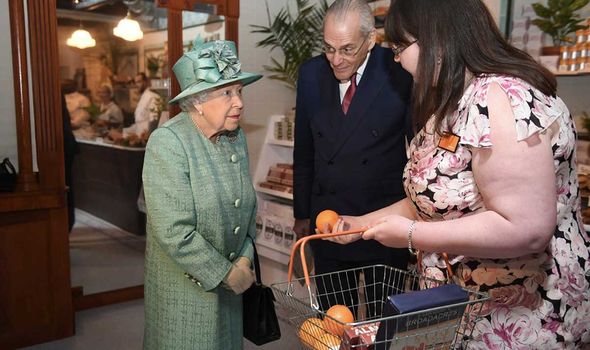 During the Queen’s guided tour of the store, Her Majesty showed-off her humorous side following a demonstration of a self-service supermarket till and its weighing scale system.

When store manager Damien Corcoran showed her how they work, the Queen cheekily asked: “You can’t cheat then?”

Mr Corcoran replied: “Well, you always can cheat but with the weighing scales we’ve got that should prevent certain items from going through the till undetected.”

He added it was a great honour “to have held the Queen’s commission and then to have met her in person”.