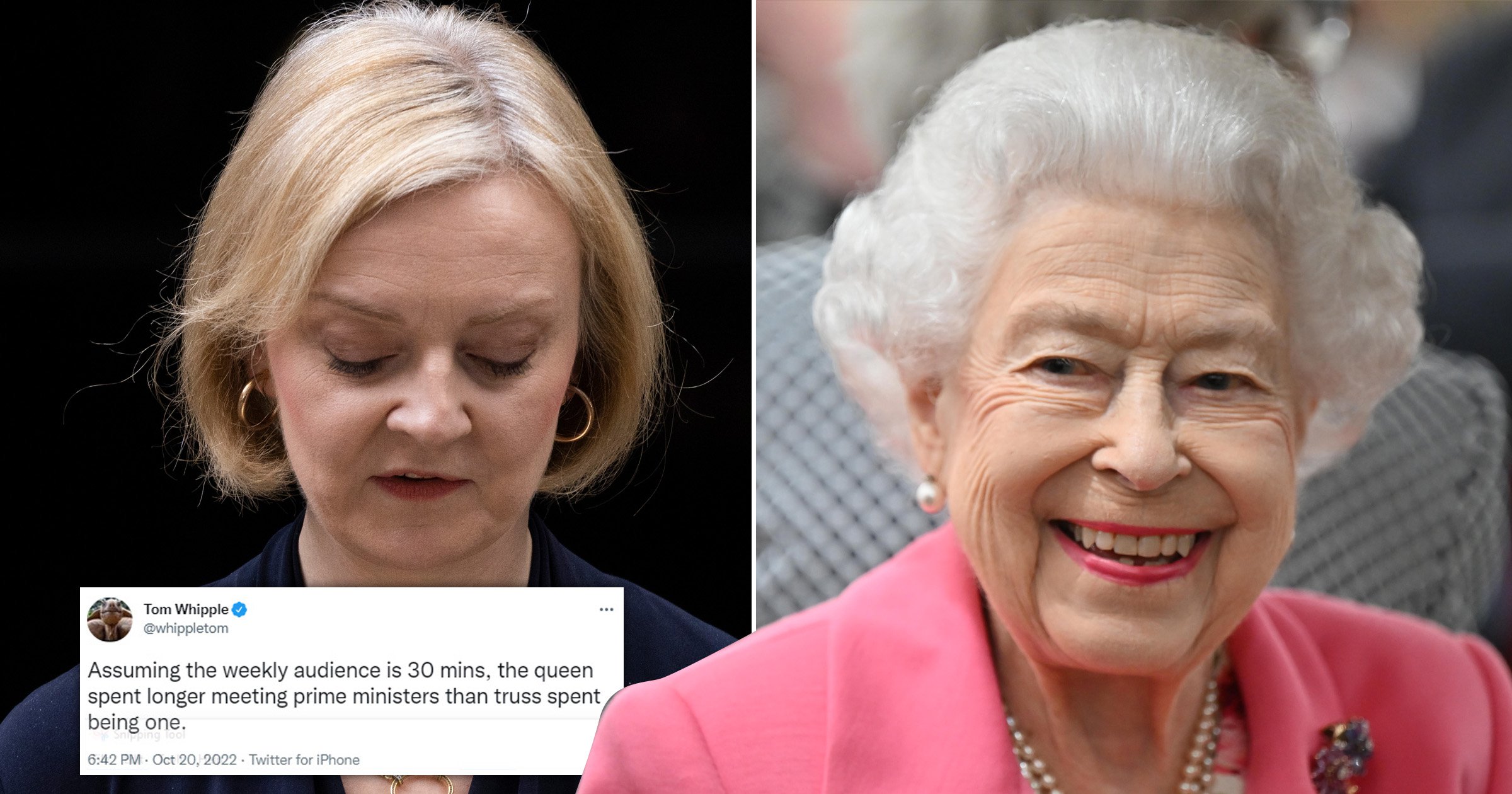 The Queen spent almost twice as long meeting Prime Minister’s, as Liz Truss spent being one, it has been revealed.

Her Majesty would hold a weekly 30-minute audience with every PM throughout her 70 year reign.

This would mean she spent roughly 1,760 hours with PMs over the years.

Given the Queen would have been unable to meet up every week in person during the pandemic, it meant she did hold an audience almost every other week.

Meaning Queen Elizabeth II spent more time chatting and discussing the politics of the day with PM’s, than Truss spent in office.

Her Majesty met with the then new PM just days before she died, and it was her last official engagement.

Assuming the weekly audience is 30 mins, the queen spent longer meeting prime ministers than truss spent being one.

Another Royal quip is that given how quickly Truss was ousted from Westminster, King Charles could surpass his mother’s record of 15 prime ministers, by the end of 2024.

It is not the only thing that outlasted Ms Truss, with Rihanna’s single ‘Umbrella’ spending 10 week at the top of the charts in 2007.

Kim Kardashian tied the knot with Kris Humphries in August 2011, but just 72 days later the pair filed for divorce.

Another celeb pairing that outlasted Truss was the Irish duo Jedward.

The quiffed popstars from the 2009 series of the X-Factor spent to months on the show – more time than Liz in office.

Prince George, Charlotte and Louis: Why Kate Middleton takes her own family photos