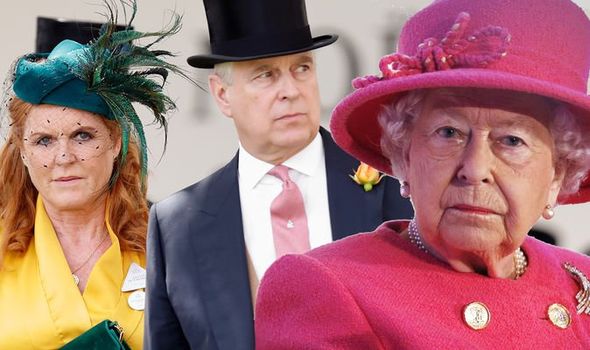 Prince Andrew, Epstein’s friend, has already arrived for a family break on the royal estate amid sensational courtroom claims. His ex-wife Sarah Ferguson, the target of cash for access allegations, has now joined him. Andrew and Fergie took different flights to Scotland to avoid raising eyebrows – but both are facing sharp public scrutiny over their private lives.

Yesterday, Fergie was understood to have settled into Craigowan, a shooting lodge on the estate, while Andrew was in Balmoral Castle with the rest of the royals.

One aide said: “They are both facing some grim times. Balmoral is a very quiet, very remote place where people can work things out in total calm.

“The Queen and the Duke of Edinburgh are much more relaxed about Andrew and the Duchess than they used to be. Privately, they accept she was treated very badly.” 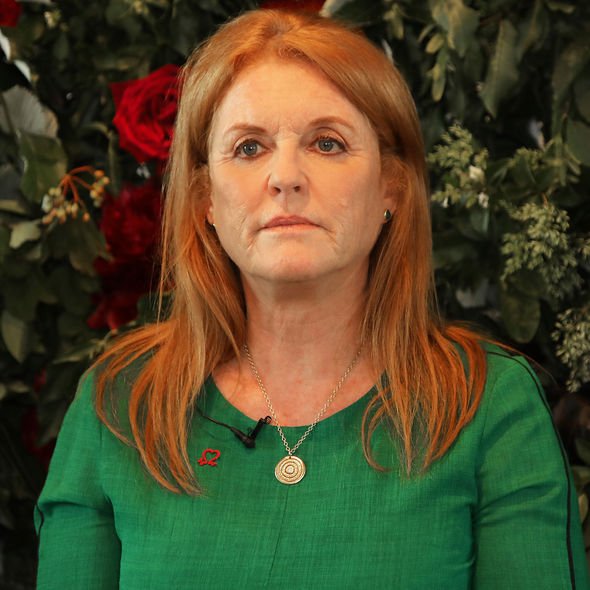 The Duchess reportedly pocketed nearly £500,000 from her role as a non-executive director of one of Hon’s companies. But – say critics – her true job was simply introducing Hon to VIP pals and other royals around the world.

Also set to arrive at Balmoral later this month are the Duke and Duchess of Sussex, who will take refuge from months of stinging public criticism.

An aide added: “The Queen has a very deep love for Balmoral and definitely believes it has some sort of healing quality.

“It’s where she brings her family to recover when they are bruised and battered.” 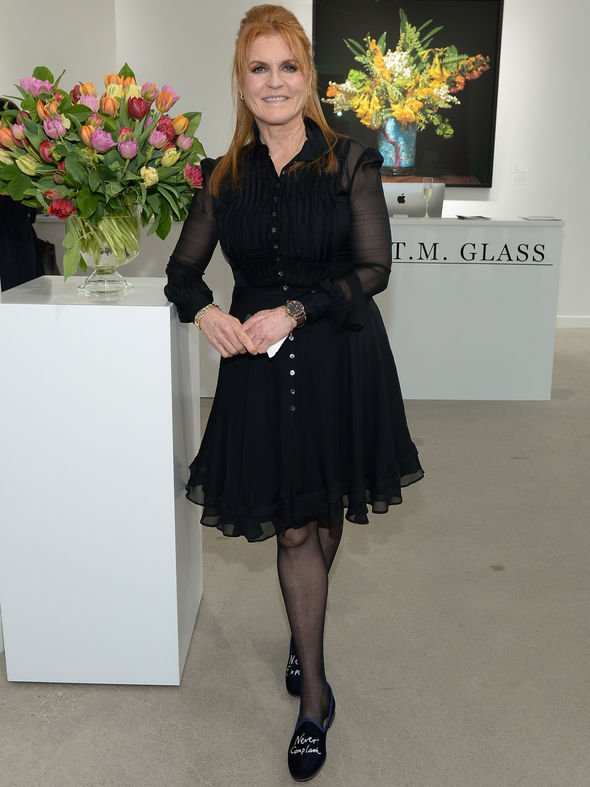 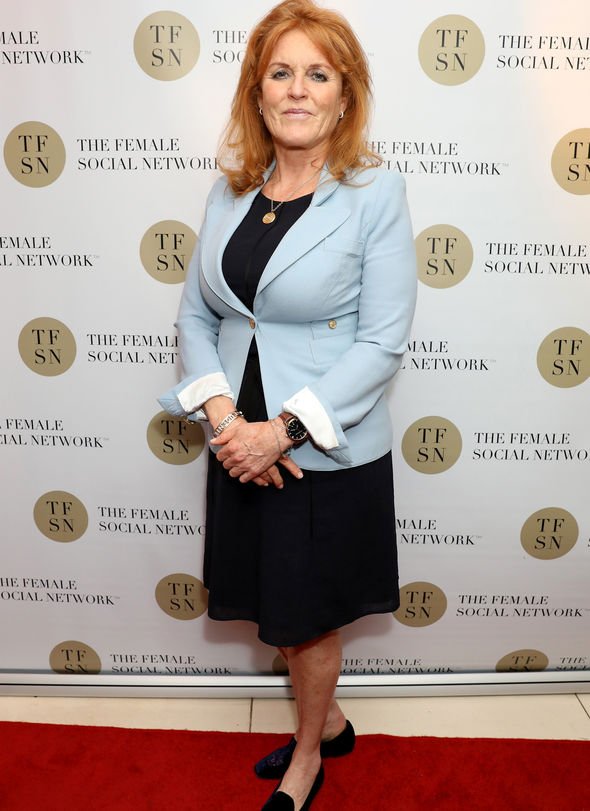 The disgraced financier, 66, was being held in Metropolitan Correctional Centre in New York after being charged with conspiracy and sex trafficking dozens of girls as young as 14 in the early 2000s.

He had faced up to 45 years behind bars if convicted. Epstein was deemed a flight risk and was being held without bail while awaiting trial.

Two weeks ago, the billionaire was taken to hospital after he was found unconscious in his cell with bruising to his neck. It is unclear if the injuries were self-inflicted or from an assault but it is not believed Epstein was on suicide watch.

His death came 24 hours after documents relating to his case were unsealed, causing embarrassment to high-profile figures including the Duke of York. 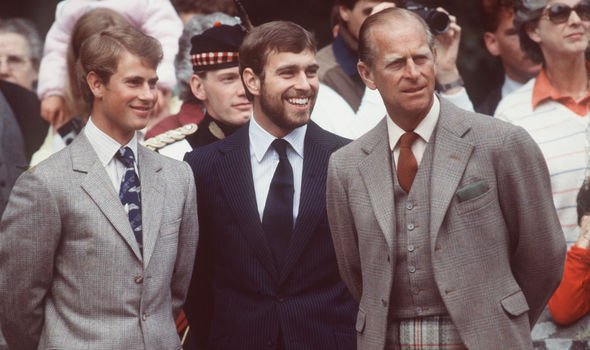 They also implicated a number of powerful men in sex scandals. In a statement, the Federal Bureau of Prisons said Epstein was found unresponsive in his cell “from an apparent suicide” at 6.30am New York time. It told how “life-saving measures were initiated immediately by responding staff” but Epstein was subsequently pronounced dead at a local hospital.

It added: “The FBI is investigating the incident.”

US Attorney General William Barr said he was “appalled” to hear of Epstein’s death and said it “raises serious questions that must be answered”.

Last night one of the financier’s unnamed victims said she felt a “sense of relief” over his death but was angry that he would not pay for his crimes.

She said: “Throughout his life, Jeffrey lived on his terms and he’s ended it on his terms, too. Everything was about control for him and everyone could be bought, whether it was the girls he abused, the staff he employed or the powerful people who made sure he was protected.

“Justice was not served before and it will not be served now. I hope he rots in hell.” 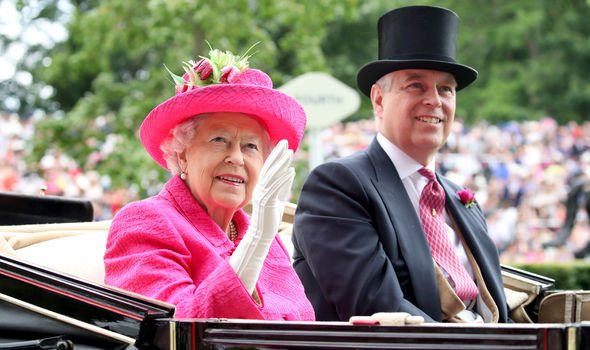 The woman, now 37, added: “There will be a lot of powerful men – and some women – breathing a hefty sigh of relief now he’s taken their secrets to the grave. I hope the police do not stop in bringing those who conspired with him to justice. The fight is not over.”

Another victim, Jennifer Araoz, said: “We have to live with the scars of his actions for the rest of our lives, while he will never face the consequences of the crimes he committed, the pain and trauma he caused so many people.”

On Friday after months of legal wrangling, a Manhattan court released documents detailing claims of the alleged abuse carried out by Epstein. The papers relate to the defamation case brought by Virginia Giuffre against Epstein’s former girlfriend, Ghislaine Maxwell.

It includes claims the Duke of York had sex with Ms Giuffre when she was 17 and that he groped Johanna Sjoberg, then 21. The age of consent in the UK is 16. Ms Giuffre also alleges that she was made to have sex with some of the billionaire’s other famous friends.

In the papers, Ms Giuffre also claims Ms Maxwell “had sex with underage girls virtually every day” and her and Epstein’s lives “revolved around sex”. She denies all the claims. 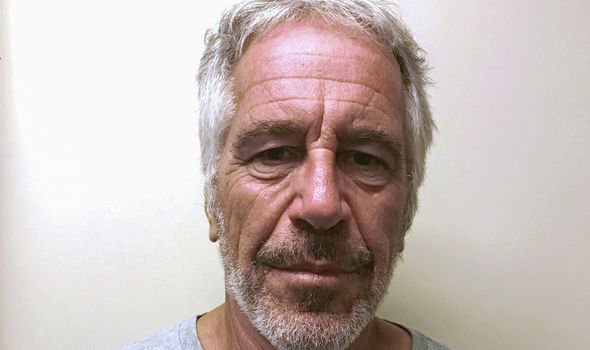 The defamation case, filed in 2015, was settled out of court by Ms Maxwell in 2017. She has always denied any wrongdoing and has never been charged.

Prince Andrew was reportedly introduced to Epstein through his friendship with Ms Maxwell in the 1990s. He has always denied any wrongdoing. In a 2015 court application, a judge threw out Ms Giuffre’s allegations that she had sex with Andrew and ordered them to be struck from the record as being “immaterial and impertinent”.

The prince also came under fire after he was pictured strolling through Central Park with Epstein in 2010 following his release from prison. This led to Andrew stepping down from his role as Britain’s trade envoy in July 2011 and forcing Buckingham Palace to say all contact with Epstein had been cut.

In 2015, it emerged Andrew’s former wife Sarah Ferguson accepted £15,000 from Epstein in 2010 to help clear her debts. Epstein’s arrest and subsequent charge shocked America, given how well connected he was to the rich and powerful. Among the names leaked from the billionaire’s infamous “black book” are former PM Tony Blair, convicted sex attacker Bill Crosby, former Secretaries of State Henry Kissinger and John Kerry, media tycoon Rupert Murdoch and movie director Woody Allen.

Although he had faced up to 20 years in jail, he was handed an 18-month sentence after admitting procuring a minor for prostitution and soliciting prostitution by minors.

FBI agents received a tip-off that Epstein had been paying for sex with underage girls at his Florida mansion for years.

Within 11 months, prosecutors had identified more than 40 women who had been illegally procured by the financier.

Scores of others were later found in New York, where Epstein owned the city’s largest single townhouse.

US Labour Secretary Alexander Acosta resigned last month after coming under fire for overseeing the plea deal when he was US attorney in Miami. Epstein’s lawyers maintained the new charges brought by federal prosecutors in New York were covered by the deal and were improper.

They claimed he had not had any illicit contact with underage girls since serving his 2008 sentence in Florida.

She added: “The reckoning of accountability begun by the voices of brave and truthful victims should not end with Jeffrey Epstein’s cowardly and shameful suicide. The victims await the true justice they have sought and deserve.”

Last night, Epstein’s defence team said in a statement: “We are enormously sorry to learn of today’s news. No one should die in jail.”

‘Did you see the polls?’ Farage ERUPTS over stunning claim he LOST the European elections

Britons living until they are ‘very old’ at all-time high