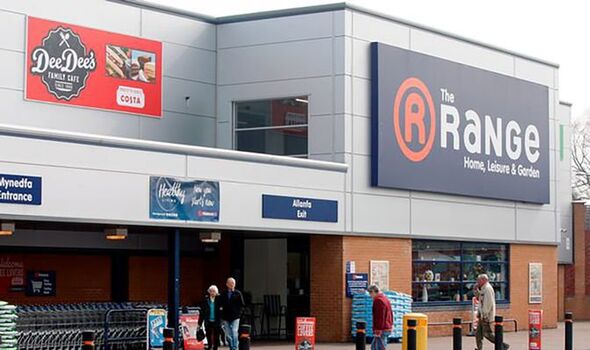 The popular homeware retailer, which has more than 180 stores across the UK, responded when shoppers suggested the ‘R’ in its logo is in a large circle, which resembles an ‘O’, and so the chain may actually be called “The Orange”. Posts were shared widely on Facebook, Instagram and other social media sites.

The original, which was initially shared in 2020 but resurfaced this week, read: “So I blew my own mind today. I realised that The Range has an R in an orange circle as their logo, but I can’t unsee it as saying anything other than Orange now??

“Has it been called The Orange all along and we’ve not noticed? Honestly I am baffled. Someone please explain this to me and restore my faith in humanity.”

But The Range took to Instagram itself this week to address the talk, reports Wales Online.

It posted: “The Range or The Orange, what do you see?

“Our name seems to be the top-pip of conversation again. And the fruit of the matter is we now have a range of names and a range of products.”

It shared a photo of a branch to remind customers of its true moniker.

The Range has more than 1.2million Instagram followers, some of which said they are now “unable to unsee” the letter ‘O’ in the logo.

“Well now I see orange and will never be able to unsee it,” one fan wrote.

While another added: “The Orange it is now… It can’t be unseen!”

However a third disagreed, pointing out: “I still see The Range, because there are 2 R’s so to me it’s just a circle with an R for the logo at the beginning.”

The Range, which has more than 11,000 employees, sells garden, homeware and leisure products.

It started in 1989 as an open-air market trader in Plymouth, Devon, but has since become a popular British chain.

Shoppers, last year, were disgusted to see sex toys for sale on the business’ website.