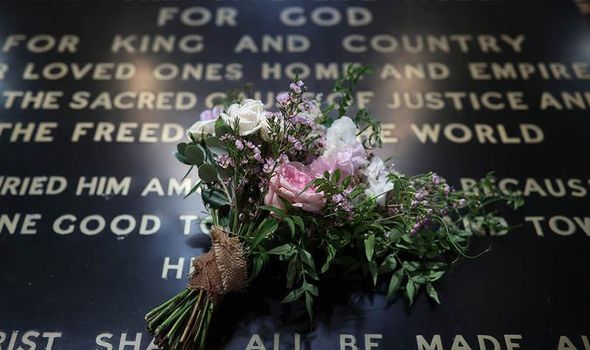 It is the final resting place of the Unknown Warrior and has been rightly revered for an entire century – since King George V first paid his respects on Armistice Day 1920. The tomb holds the remains of an unidentified British soldier who was buried simultaneously with a similar interment of a French unknown soldier at the Arc de Triomphe in Paris. The gesture was meant to “keep the two countries united in peace as they were in war”.

The inscription on the grave of the Unknown Warrior begins: “Beneath this stone lies the body of a British warrior unknown by name or rank brought from France to lie among the most illustrious of the land and buried here on Armistice Day 11 Nov: 1920, in the presence of His Majesty King George V”.

As the inscription goes on to explain, the grave of the Unknown Warrior was intended to commemorate far more than the death of a single British soldier from the Great War.

It was meant to act as a reminder of the courage and duty of all those who had given their lives for King, for country and for wider freedoms.

The memorial is simple: a black marble slab – from Namur, Belgium – is engraved in gold and edged with hundreds of poppies. 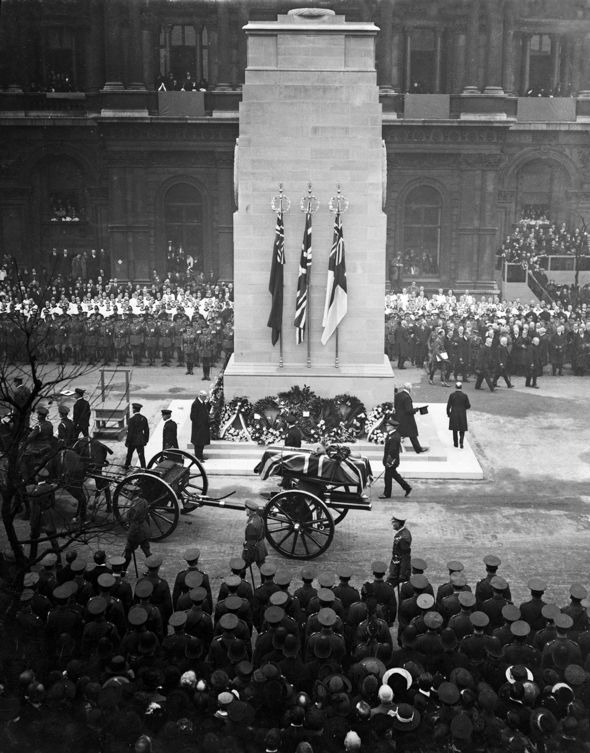 The origins of the memorial can be traced back to a fleeting moment during the middle of the First World War.

For in early 1916, in the French village of Erquinghem-Lys, the Rev David Railton, serving as an Army chaplain on the Western Front, came across a grave marked by a rough cross.

Four years later, the Rev Mr Railton wrote to the Dean of Westminster proposing that an unidentified British soldier from the battlefields in France be buried with due ceremony in Westminster Abbey “amongst the kings”.

The proposal was, in turn, full heartedly welcomed by the Dean and the Prime Minister, David Lloyd George.

On the morning of November 11, 1920 – two years to the day after the Great War had ended – the body of the Unknown Warrior was drawn in a procession through London to the Cenotaph.

The memorial on Whitehall was unveiled by the King.

At 11am, there was a two-minute silence before the remains of the Unknown Warrior, in a coffin draped in a Union Flag, were taken to nearby Westminster Abbey where they were buried, passing through a guard of honour of 100 holders of the Victoria Cross. 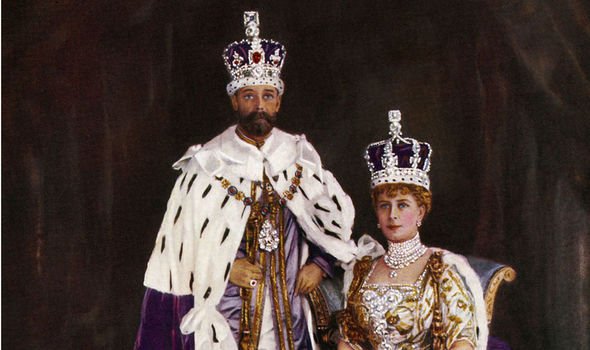 From an early stage, the Royal Family embraced the new tomb at Westminster Abbey.

On April 26, 1923, Lady Elizabeth Bowes-Lyons, the future Queen Elizabeth the Queen Mother, laid a bouquet at the grave during her wedding to the future king George VI.

It is believed to have been a gesture of affection towards her late brother, Fergus, who had been killed at the Battle of Loos in 1915.

Since that wedding gesture nearly a century ago, royal brides married at the Abbey now have their bouquets laid on the tomb following the wedding and after all of the official wedding photographs have been taken.

For decades, many families will have inevitably speculated that the remains beneath the marble slab might just have belonged to their husband, son, father or relative killed in France or Flanders during the 1914-1918 conflict.

All the indications are that no one alive today knows the true identity of the Unknown Warrior.

More than a century ago, the Rev George Kendall, an Army chaplain, was tasked with finding the body in France or Flanders and exhuming it along with the remains of five other soldiers.

According to his two sons, David and Tim Kendall, he had come under pressure to reveal the true identity of the Unknown Warrior.

But they insisted that when their father died in 1961, he took his secret to his grave. 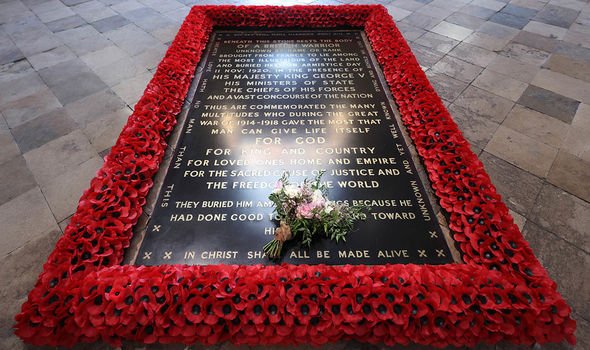 Indeed, the chaplain wrote in his unpublished autobiography: “All I can say was that he was chosen from the countless unnamed dead in France and Flanders, that the nation might honour him, and this without distinction of rank, birth or service.

“Of course one might ask from what cemetery the bodies were selected! The location can never be revealed, but again I stress this great fact – the soldier lying in Westminster Abbey is British and unknown. He may have come from some little village or some city in this land, and he may be the son of a working man or of a rich man, ‘Unknown to man, but known to God’.”

Before Queen Elizabeth died in 2002, she expressed the wish for her wreath to be placed on the tomb of the Unknown Warrior.

The Queen carried out these wishes the day after her funeral. 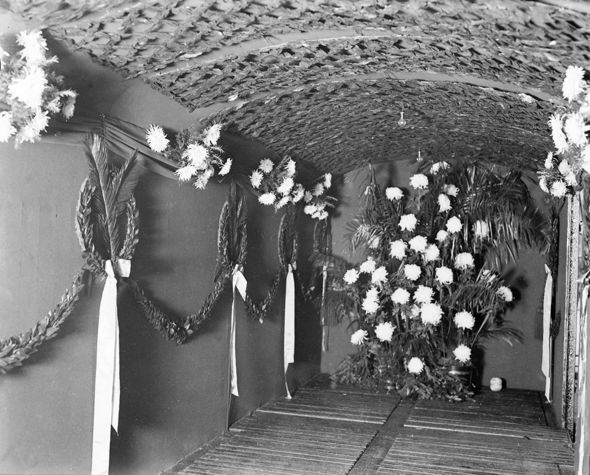 I visited the grave of the Unknown Warrior many years ago and it is impossible not to be moved by this unique memorial.

To me, it represents everything that is best about military tradition, our determination to champion courage and to honour those who have paid the ultimate sacrifice for their war service.

I feel sure that we, as a nation, will continue to pay our respects to the Unknown Warrior for many centuries to come.

• Lord Ashcroft KCMG PC is a businessman, philanthropist, author and pollster. For information about his work, including his six books on bravery, visit lordashcroft.com. Follow him on Twitter and Facebook.