Today, Britons will cover their houses in bunting and celebrate the 75th anniversary of VE Day on this bank holiday. And, in an interview with Express.co.uk, former SAS Trooper, Phil Campion, has urged the country to “take one minute” to think and really appreciate the sacrifices that were made to allow us to live our lives today. In a direct message to the British public, Mr Campion said: “You are only here by the grace of people who have been before you. You are only at liberty to do what you can today because people made the ultimate sacrifice. That is the only reason.

“Otherwise, who knows what the course could have been? You are only here for the grace of other people.”

And, in a plea to those who do not appreciate the importance of VE Day, the veteran said his “biggest message” is to “just take one minute to think to yourself, ‘I would not be able to have the opinions I have got if it wasn’t for the people that gave me those rights’”.

With the UK still under strict coronavirus measures, and Prime Minister Boris Johnson expected to make a statement on Sunday evening, many will celebrate the day at home, or in gardens and on balconies, with members of their household.

But, the veteran said, like the Second World War, the coronavirus crisis is a “life-changing event” noting that “people’s actions will have consequences”. 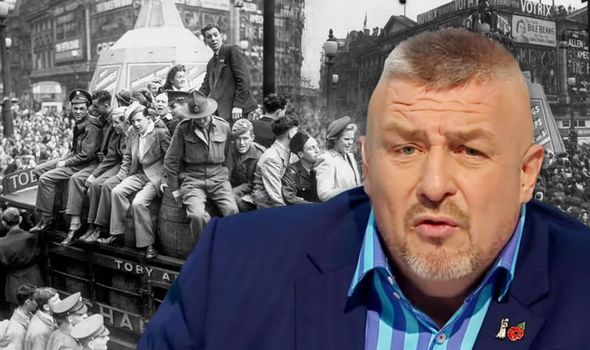 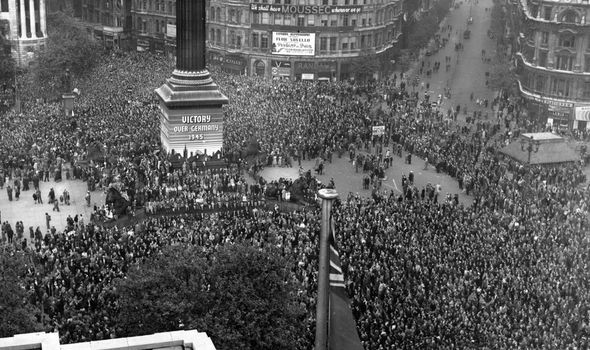 He added that even though “our frontline staff might not be facing bombs and bullets every day, many of them are going into work knowing they might catch something which ultimately might give them more than they bargained for and could and up paying the ultimate price, as some already have”.

Mr Campion, who runs his own YouTube channel ‘SAS Man Reviews’ said VE Day highlights not only the sacrifices that were made by so many brave people, but also the “lifestyle change of everybody for many, many years”.

He said that even if you were not on the frontline, then you were “back home, missing loved ones, losing loved ones” and trying to “keep people’s spirits up”. 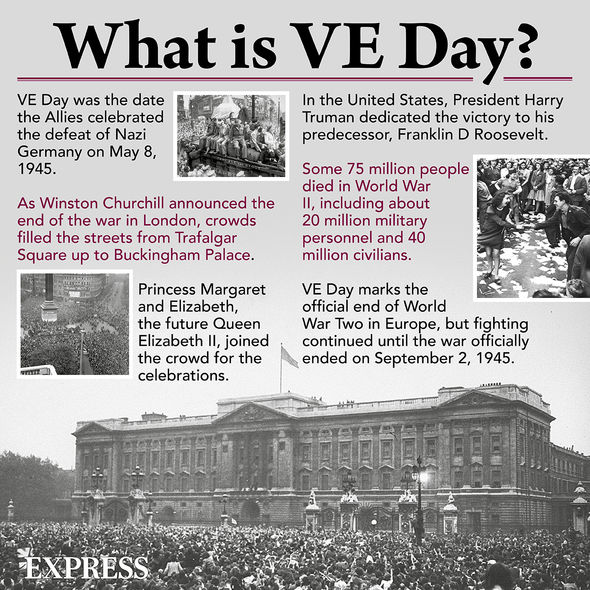 The former SAS Trooper added that Britons would go to bed at night time “uncertain as to what was going to happen”, before insisting “it was a huge deal”.

Mr Campion urged younger generations to “look into their family trees” in a bid to see “what people were doing back in them times and relate to that”.

“If you think about it, there is not a village in this country that hasn’t got a war memorial in it,” he said. “You go to the middle of Devon somewhere, and you will find a tiny little war memorial with people’s names on it. 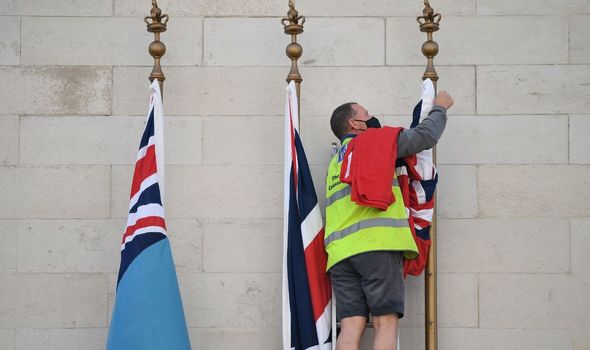 “This is every village in the country. It didn’t just impact some people, it impacted everybody.

“What kids need to do is to relate back in some way or another to make that connection and realise what scale the whole thing was, and then you can understand why it is so important to celebrate that we made it out the other end.”

The 75th anniversary of VE Day will be celebrated on bank holiday Friday in the UK, marking the surrender of the Nazis’ to allied forces to bring an end to the war in Europe.

On May 8, 1945, then prime minister Sir Winston Churchill announced the war in Europe had come to an end – prompting thousands to rush to the streets of London to celebrate.

To mark the day on Friday, there will be a two-minute silence at 11am for those who died during World War 2. 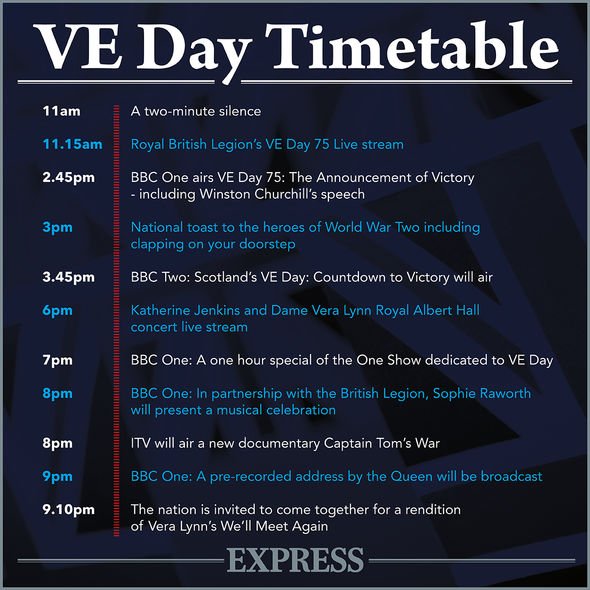 Mr Johnson is expected to make a speech for the occasion and on BBC One at 8pm there will be a special VE Day programme – ‘VE Day 75: The People’s Celebrations’.

The Queen will also be giving a special address to the nation on Friday evening at 9pm.

During the interview, Mr Campion also explained the importance of VE Day for soldiers on the frontline today.

He said: “Although it is not directly attributable or a celebration of them, what it does do is affirm in people’s minds that what they are doing now will be appreciated further down the line.

“Some of our forces are seeing combat every day as it is anyway. They are up against it all around the world. Whether it be a training team or an observer in one of the hotter places in the world – still doing the job. Other soldiers are waiting in the wings to do that job. 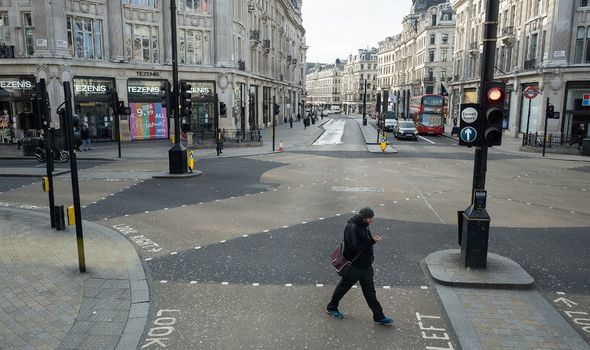 “For me, they need to know their worth. And if you forget about the people who put us on the map, what hope has anybody got?”

Mr Campion finished by insisting the country should be “proud” and celebrate today.

He said: “It’s one of those days, where everybody, regardless of their political, religious, gender backgrounds are, can get out on the street, not so much with the lockdown at the moment, but we can all get behind the same thing, have a great day, and celebrate the fact that we are able to celebrate. Nothing else.

“It doesn’t matter what policies you follow, what gender you are, what religion you are. We can stand there proud and say what a great thing that enabled us to get to today.”