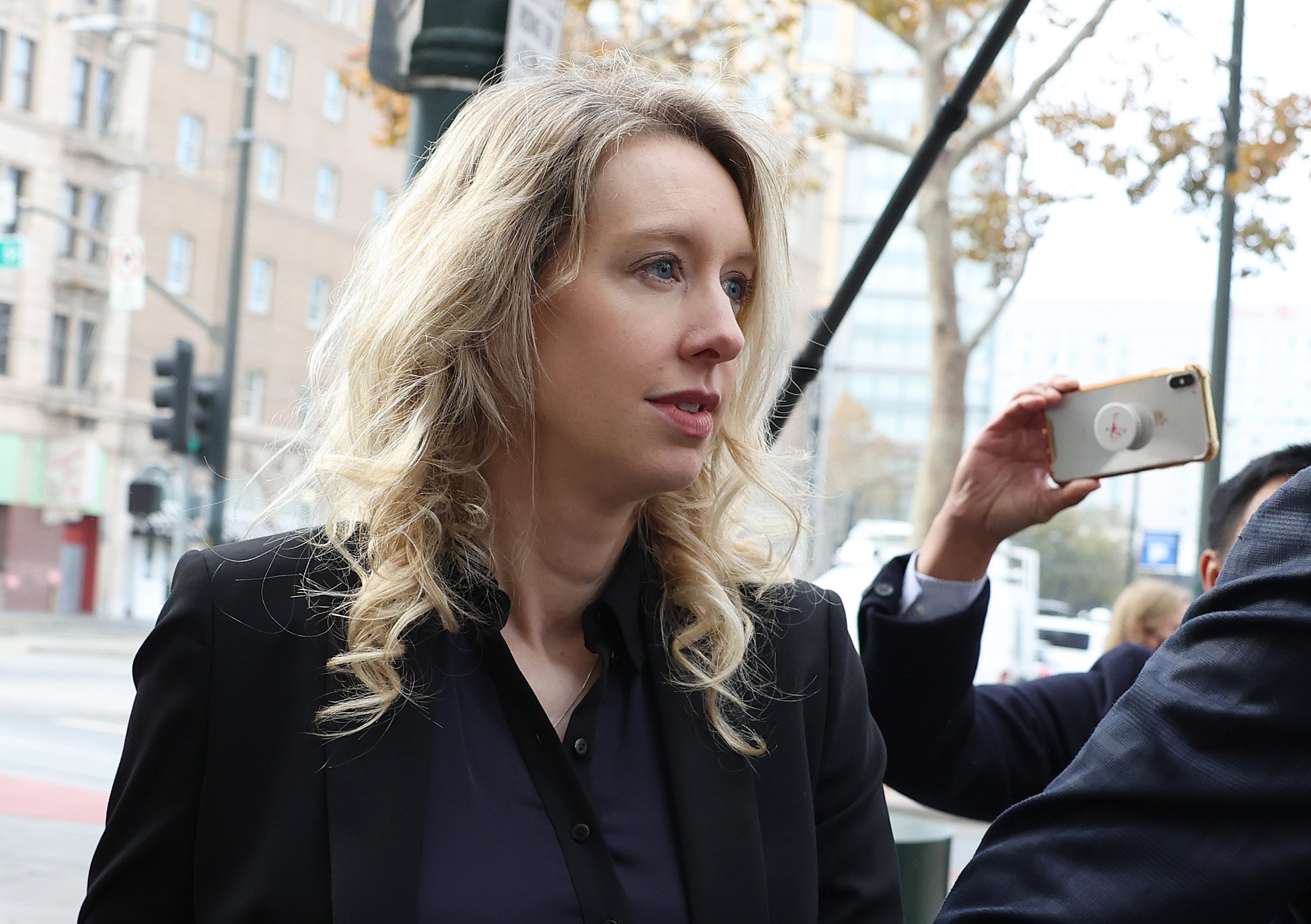 Elizabeth Holmes, the founder of healthcare startup Theranos, was sentenced to over 11 years in prison after being found guilty of wire fraud and conspiracy.

Federal prosecutors asked Judge Edward Davila to sentence the disgraced CEO to 15 years in prison, less than the maximum sentence of 20 years. They also asked her to pay $804million in restitution.

They argued that Holmes displayed ‘arrogance,’ and never admitted guilt for her crimes. They also argued that she should pay the massive nine-figure restitution because ‘the company was never going to succeed.’

However, defense attorneys shot back at prosecutors over the sum, reminding them that Holmes was found not guilty of 4 of the fraud counts that she was charged with.

Probation officers told the court that Holmes recommended she face even less jail time, asking for 9 years in prison.

Homes was hoping for a significantly lighter sentence. In hearings leading up to the sentencing, her lawyers argued that she should receive no more than 18 months served in home confinement.

Holmes is pregnant with her second child. Her first was born while she was on trial. In a 12-page letter sent to the court before the hearing, Holmes’s partner William Evans asked the judge for mercy for the young family.

During victim impact statements, Elizabeth Holmes stepped up to testify herself. Crying, she addressed the court and the other victims: ‘I stand before you taking responsibility for Theranos,’ Holmes said. ‘It was my life’s work.’

Holmes said she was ‘devastated’ by the failure of her company. ‘I regret my failings with every cell of my body,’ she said through tears.

Holmes founded her company Theranos in 2003 after dropping out of Stanford University.

Inspired by a childhood fear of needles, Holmes claimed to have invented a machine that could perform blood tests using only a finger prick.

Holmes was able to secure lucrative contracts with companies like Walgreens to distribute her blood testing machines, known as the Edison, for commercial use.

Some of her early investors included News Corp chairman Rupert Murdoch and the Walton family, the owners of Walmart.

The company imploded in 2015 and 2016 after researchers, whistleblowers, and reporting in the Wall Street Journal revealed that the Edison could not function properly.

During the proceedings on Friday, Alex Schultz, the father of whistleblower Tyler Schultz and son of investor George Schultz, gave a victim impact statement to the court.

Alex testified that Holmes hired a private investigator to follow his son, and that he ‘slept with a knife under his pillow’ out of fear for his life.

He also said he felt that his family was ‘desecrated’ after Holmes confronted his son with lawyers in their own family home.

Theranos’ stock value tanked as the news broke, and in 2018 Holmes was charged with eight counts for defrauding patients and investors.

At trial in January, Holmes was eventually found not guilty of the charges related to defrauding patients.

He faces 20 years in prison, and his sentencing is scheduled for December 7.

Holmes’s quick rise to power and steep downfall was documented in the book ‘Bad Blood: Secrets and Lies in a Silicon Valley Startup’ by Wall Street Journal reporter John Carreyrou, an HBO documentary, and a Hulu series starring Amanda Seyfried.

UK lockdown: Can you drive during lockdown?