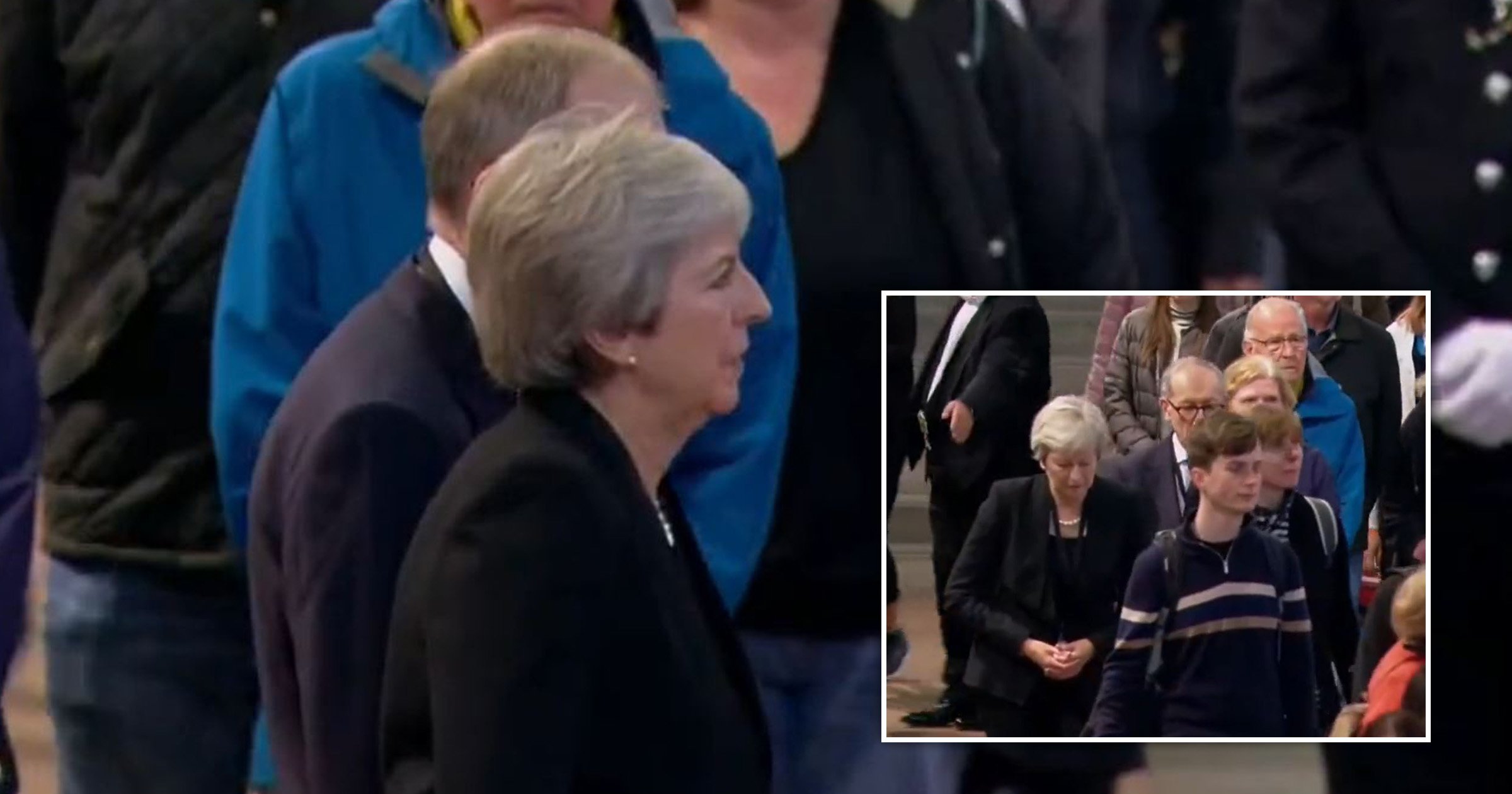 Theresa May curtsied to the Queen’s coffin in Westminster Hall this morning, seemingly after joining the public queue to pay final respects to Elizabeth II.

The former Prime Minister, flanked by her husband Philip, stopped for a moment of reflection after her final tribute.

Also wearing black, Mr May followed his wife’s lead in bowing to the coffin.

He timed the gesture to coincide with the ex PM’s low curtsey.

It follows fury at a number of MPs allegedly jumping the hours-long public queue to see the Queen.

Earlier this week Mrs May paid tribute to the Queen as ‘the most remarkable person I’ve ever met.’

She suggested the sense of duty embodied by the late monarch be slipping away in public life.

The former PM told ITV’s Lorraine on Tuesday: ‘I think maybe there is a slight loss of that sense of duty.

‘It becomes, for a lot of people, more about them rather than about other people and how they should be… working for other people.’

She added: ‘The late Queen Elizabeth was an example of devotion to duty par excellence.

‘She was the most remarkable person I’ve ever met.

‘The combination of qualities she had, I haven’t come across in anybody else.

This morning thousands of mourners are continuing to join the huge queue to pay their respects ahead of the state funeral on Monday.

Many have queued overnight for the chance to file past the coffin.

By 8am, the queue was around 2.6 miles long and stretched to Borough Market.

The coffin, which sits on a catafalque and is draped with a Royal Standard, continues to be guarded at all hours by units from the Sovereign’s Bodyguard, the Household Division or Yeoman Warders of the Tower of London.

However, one of the guards fainted while on duty overnight.

The crowd have been largely solemn while flowing into the ancient hall where chandeliers and spotlights illuminated the scene.

E-scooter trials blamed for hundreds of injuries and over 1,000 complaints