Theresa May has been facing increasing demands to resign after she and her Government failed to deliver on the Brexit vote on time. As commentators suggest the Prime Minister could soon see the end of her leadership, former Brexit minister Steve Baker claimed Mrs May had the opportunity to strike an agreement with the European Union last year but rejected the offer. Speaking to Channel 4 News, Mr Baker said: “Theresa May decided to take this on.

“In March 2018, DExEU Brexit ministers took a decision to go for an FTA-based Brexit – a free trade agreement-based Brexit. A few weeks later, the EU offered us that kind of exit.

“I was rejoicing but that wasn’t good enough for the Prime Minister. That is the ultimate source of all of these difficulties – she tried to keep us much more highly aligned to the EU.”

Mr Baker, who made the comment following the resignation of the leader of the House Andrea Leadsom in protest for Mrs May’s Brexit stance, added: “It was never going to work and that’s why we are where we are. That’s why we tried to remove the Prime Minister before Christmas.”

Ms Leadsom, a contender to the Prime Ministerial seat in the 2016 leadership challenge and the 36th minister to quit under Theresa May’s leadership, said she could not announce the new Withdrawal Agreement Bill in Parliament as she did not believe in it. 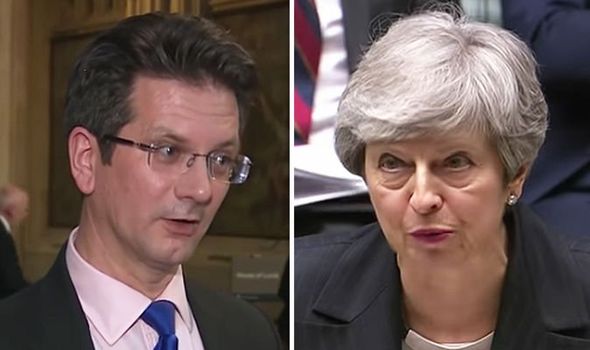 Mrs May last week announced plans to put her controversial withdrawal deal to the vote for the fourth time on the first week of June.

The South Northamptonshire MP said in her damning resignation letter to Mrs May: “I no longer believe that our approach will deliver on the referendum result.

“It is therefore with great regret and with a heavy heart that I resign from the Government.

“I have always maintained that a second referendum would be dangerously divisive, and I do not support the government willingly facilitating such a concession.

“No one has wanted you to succeed more than I have.

“But I do now urge you to make the right decisions in the interests of the country, this government and our party.” 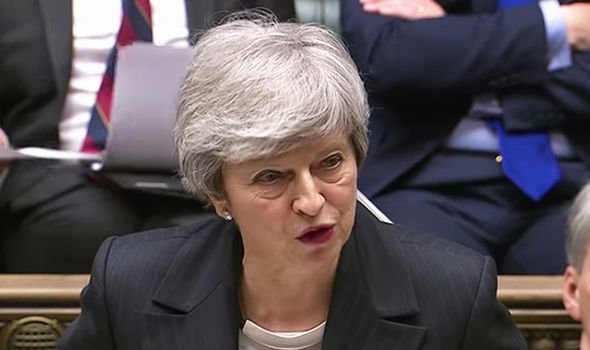 BBC Political Editor Laura Kuenssberg suggested the Conservative Party may choose to move to remove the Prime Minister from Number 10 in the aftermath of the European elections.

Tories are expected to take a hammering at the polls after the latest YouGov poll placed the party at 7 percent.

The survey of 3,864 adults, which was conducted between May 19-21, found newcomer Brexit Party topping the poll at 37 percent. The Lib Dems were seen following at 19 percent, with Labour down three points to 13 percent.

Ms Kuenssberg tweeted: “Whispers tonight number 10 might be looking for a window btw polls closing tomorrow night and Friday mid-morning when it turns into a public removal of PM – this is such a febrile situation that it’s v v hard to know what’s going on beyond simple truth that she’s on way out.

“Should say others in govt believe it makes no difference if she goes in next 48 hours or not – and some in Cabinet with leadership ambition want more time to prepare.”

ITV political correspondent Danel Hewitt suggested members of the influential 1922 Committee voted to change party rules to allow MPs to hold a vote of no-confidence in Mrs May – thus removing the one-year ban to challenge the Prime Minister if they have won a previous confrontation.

Mr Hewitt tweeted: “NEW: I understand the 1922 executive has voted tonight on whether or not to change Tory party rules to allow a new confidence vote in Theresa May. The votes have been sealed in an envelope, and if the PM hasn’t announced she’s resigned by Friday, they will open it.”