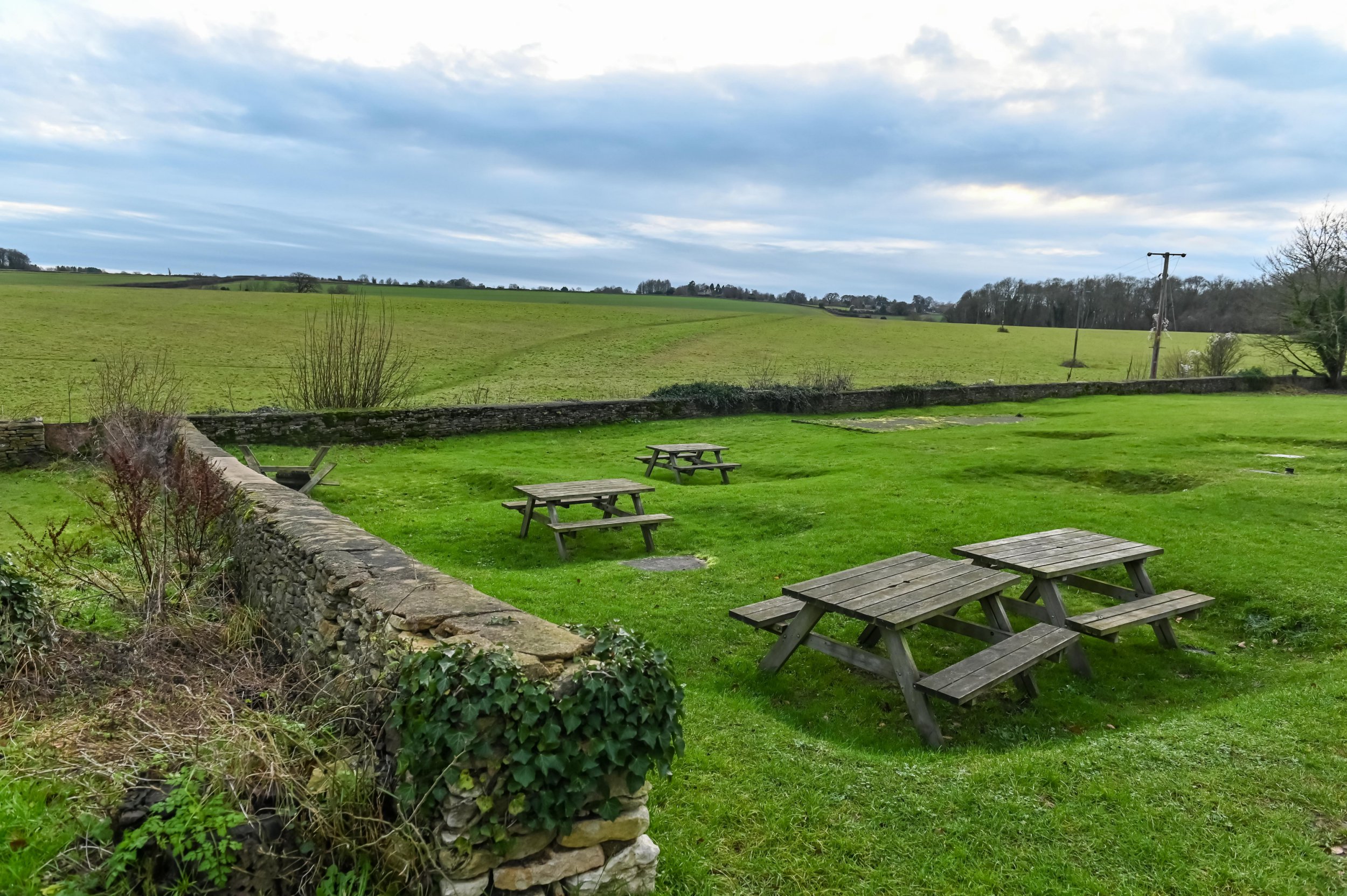 These are the fields where Prince Harry is thought to have had his first sexual encounter.

Though unlikely to be featured in the list of the Royal Family tourist attractions in the UK, these green patches have been the subject of much discussion in the last week.

From extracts in his explosive memoir, Spare, which will finally hit the bookstores on Tuesday, we know it happened behind a ‘very busy pub’.

The Duke of Sussex opened up about the ‘humiliating’ experience with an ‘older woman’ when he was a student at Eton College in 2001, and aged 16 or 17.

One of the spots where his first foray is thought to have taken place is a path well known as Monarch’s Way.

Pictures also show fields behind the Rattlebone Inn in Sherston, near Malmesbury, and the now closed Tunnel House Inn, near Cirencester, Gloucestershire.

Then a teenager, the prince was known for his long alcohol-filled sessions at both pubs.

Franck Ortet, who ran the Rattlebone Inn during the years when Harry and William enjoyed their wild drinking sessions there with friends, said in an interview this week girls would often throw themselves at them.

Though Harry does not disclose the location in which happened, he describes it as a ‘grassy field’.

He wrote: ‘I mounted her quickly, after which she spanked my ass and sent me away.

‘One of my many mistakes was letting it happen in a field, just behind a very busy pub. No doubt someone had seen us.’

There has been much speculation who the mystery woman in Harry’s tell-all book could be.

At the time, the prince was linked to the 23-year-old model, Suzannah Harvey.

But the now CEO of Cotswold Airport has already denied she was the woman who Harry slept with.