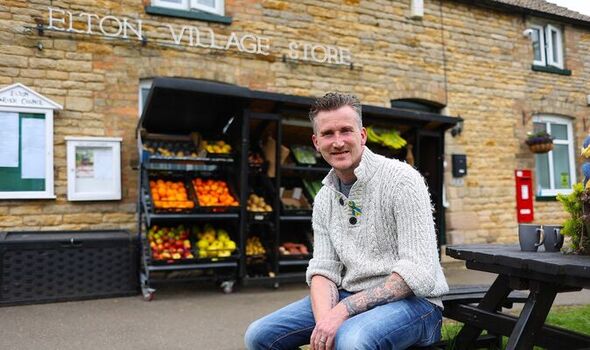 Arina, 36, and Sasha, eight, moved in with Stephen Higgins and his husband Ravi, who live in Elton, Cambs. The mum and daughter were instantly welcomed into village life, with Sasha being given a place in its primary school. Stephen, 43, insists they are welcome to stay for as long as they want despite them not speaking much English.

He and Ravi, 37, run a hair salon and the village shop and have worked with homeless charities for 10 years. Stephen said: “I guess this is another form of homelessness, unfortunately caused by war.”

The day after they put up a Facebook post saying they were willing to give a refugee a home they were contacted by many Ukrainians. Stephen said: “It was very hard because they were all desperate. I just don’t know why but I took a shine to Arina and Sasha.” Arina’s husband was called up and is now a cook, feeding soldiers and the hungry.

Stephen said: “Arina and Sasha spent 13 nights in Kyiv in a bunker at the start of the war.

“The intention was for them to ride it out and stay but then things got too dangerous and they had to escape. It was quite an ordeal for them.”

Another reason he was drawn to them was neither spoke much English. He said: “We thought everyone was going to ignore the ones who don’t speak English, they are going to be the ones that get left out.”

He added: “I would not refer to them now as refugees, they are our friends that are staying with us.We share everything – we eat dinner and breakfast every day together.”

Of their first Ukrainian meal of cabbage, dumplings and bread made by Arina for Eurovision night, Stephen admitted it was “very different” but “good”.

The contest was won by Ukraine’s Kalush Orchestra.