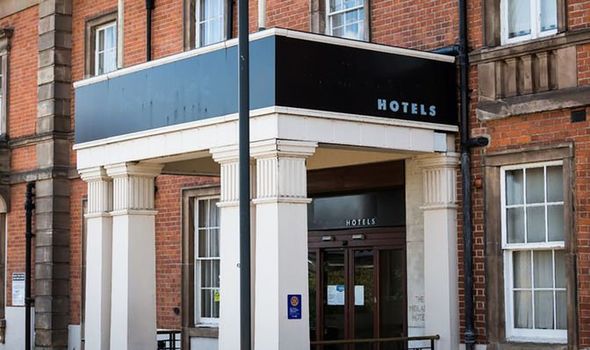 Derby Midland Hotel, which is in the city centre, has been closed to the public for large periods of both last year and in 2020. It has now been confirmed, though, reservations will remain unavailable for most of this year as it has become one of Best Western’s “closed hotels”.

Reaction to this has largely been supportive with many online saying refugees need the UK’s help.

“They are human beings who need help,” wrote one Facebook user.

“The business is supporting vulnerable people fleeing famine, war and persecution,” added another.

“This is really good,” another user posted.

Refugees and asylum seekers across the country are being put into hotels before they can obtain permanent accommodation, Derbyshire Live reports.

But in many cases, it means tourists cannot use the hotels at all.

When a reporter phoned the company to try and make a booking on a random date, he was placed on hold. He was then told by the person on the phone the hotel “is one of our closed hotels”.

The gentleman on the phone apologised for the booking being unavailable and then offered other Derby hotels, run by the company, such as The Stuart Hotel and the Derby Mickleover Hotel.

While the move has been praised, a minority has slammed the decision.

One reader posted: “I would like to see our homeless and especially our homeless veterans treated with the same manner.”

Another Facebook user wrote: “We still have our own people.”

A third comment says: “Pretty sure we should be prioritising homeless on our streets.”

The Home Office has stated it cannot comment on locations where asylum seekers are staying.

Local councillor Alan Graves has openly voiced his frustration with the closure of the hotel. In 2020, the Reform Derby councillor recorded footage of his findings.

Speaking a few days ago, Councillor Graves said: “Derby has lost one of its finest facilities that cannot be used for what it is intended.”

A Home Office spokesperson has previously said: “Since 1999, the Home Office has had a statutory obligation to provide accommodation and other support to asylum seekers who would otherwise be destitute whilst their application for asylum is being considered.

“In response to this unprecedented public health emergency, the Home Office has had to house a number of asylum seekers in hotels as a temporary measure to ensure social distancing guidelines could be followed.

“These temporary measures are kept under constant review in line with public health guidance and we are working with local authorities to secure suitable long term accommodation.”

Best Western Hotels has been approached for a media comment twice about the matter but has so far not responded to questions.

The Queen’s STRANGEST privilege REVEALED: ‘She does not get BLISTERS on her royal feet!’

BBC under fire for its reduced coverage of Olympics 2020