Smoke could be seen billowing into the sky as the fire brigade desperately tackled the blaze. More than a dozen fire crews have been called to the fire in Weeting near Brandon.

The fire brigade were called just before 2pm today and are currently attempting to tackle the blaze in Ferngate Drove.

Locals have been taking pictures of the large plumes of smoke in the area.

A spokesman for Norfolk Constabulary said: “We are assisting fire on the scene and we have closed the top end of the road.”

A man who works at the industrial estate, but did not want to be named, said the “smoke is jet black”. 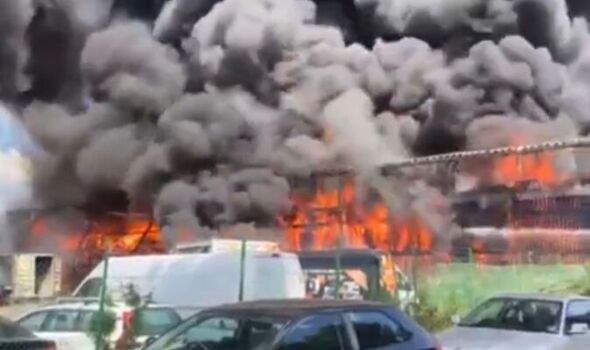 He said: “There are so many people standing around watching, everyone in the area has got out of their cars.

Police officers are also at the scene and are diverting traffic in the area with the main road being closed.

Residents are also being told to stay indoors. 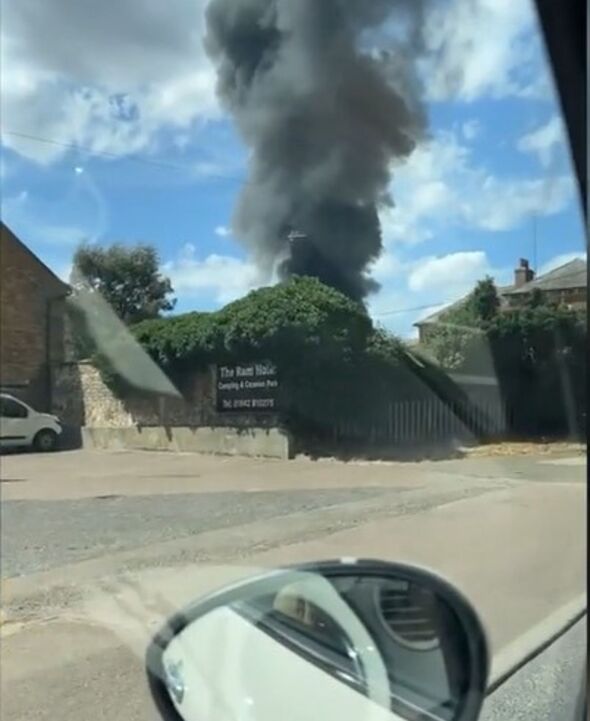 Emerency services are unsure if there are any injuries at this stage.