Two brazen thieves were filmed wading into a fountain to fish out coins thrown in by Christmas shoppers for children’s charities.

The two fully dressed men were filmed getting down on their knees to pick out the loose change people had donated to charity.

Video footage shows the pair dip into the fountain of the Emett Clock in Nottingham’s Victoria Centre, before grabbing copper coins from the bottom of the basin.

In the footage, shoppers gasp in horror as the men fill their pockets with handfuls of money. 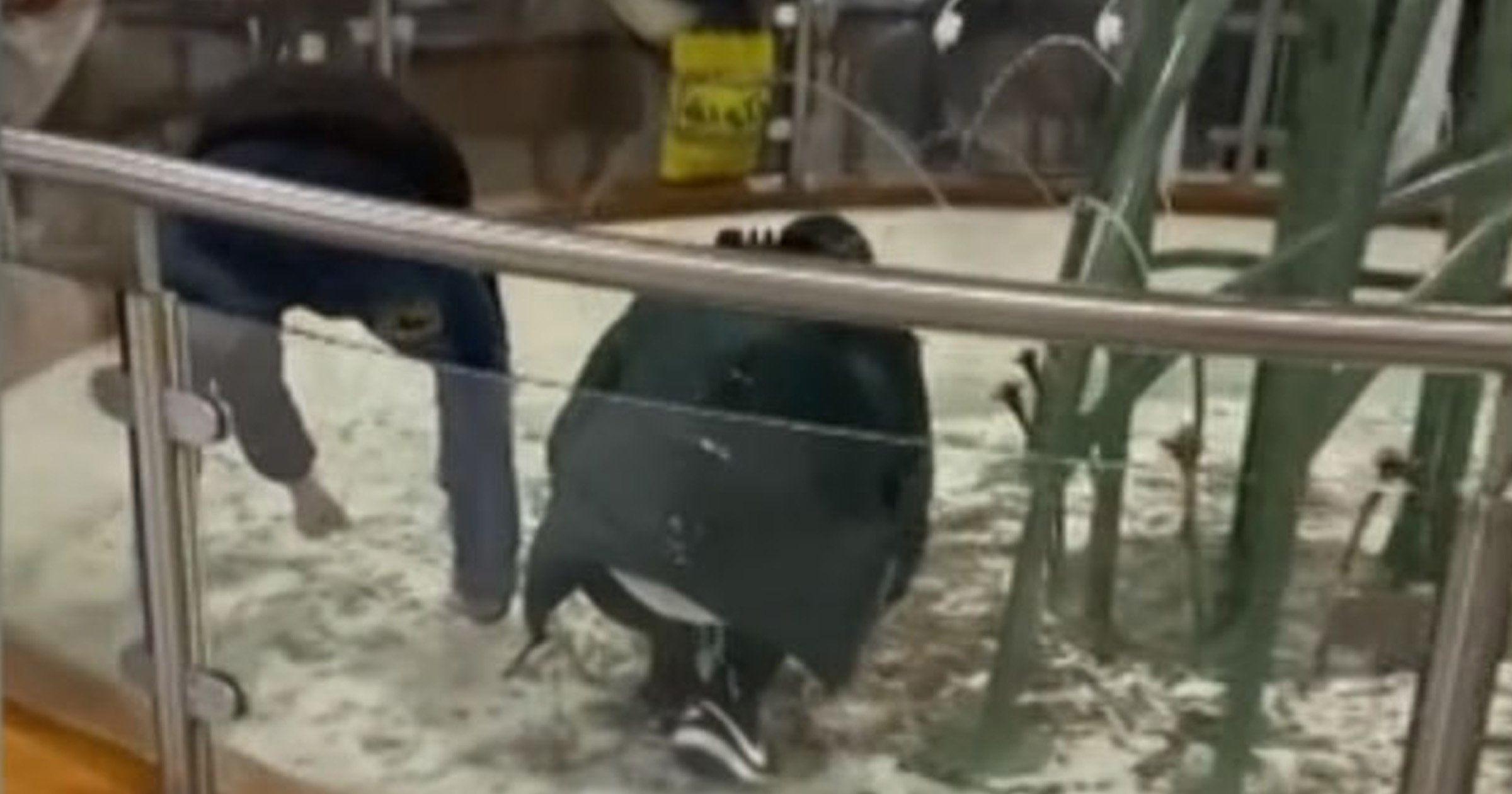 Chloe Shanon, 24, was shopping with her three children when she filmed the duo on Saturday evening.  She said: ‘I just couldn’t believe it.

‘My three-year-old turned around to me and asked me why they were doing that, and I had to tell him they were being naughty.

‘I didn’t know how else to explain it.

‘How they could steal from a children’s charity is beyond me.

‘I just can’t believe it and it’s not on at all especially it being so close to Christmas.’

The coins thrown into the fountain are ‘penny wishes’ with donations received going to children’s charities in the city.

Chloe added: ‘Me and my children had been shopping in the Victoria Centre.

‘We were on the second floor just about to leave to go to the car park when we walked past the wishing well.

‘We noticed two younger men had jumped into the wishing well and started picking the pennies up.

‘This is when I stopped and started recording.

‘There was no security around at all.

‘Apparently someone contacted the police, but I don’t know if this happened.

‘It was horrible to watch. Who would steal charity money?’

The shocking video has been shared on Facebook more than 6,000 times and has racked up almost 1,000 reactions.

In the comments users have shown their disgust towards the thieves actions.

Jack Burns questioned: ‘Why has no one dragged them out.’

A spokesperson for Victoria Centre, said: ‘We can confirm that an incident took place at the centre on Saturday 17 December.

‘It appears that two individuals climbed into the fountain of the Emett Clock, taking some of the coins that have been thrown in there.

‘For many years, our shoppers have kindly made ‘penny wishes’ at the Emett Clock, with all of the donations received being given to our chosen charities.

‘It is upsetting for everyone to see the blatant disregard that is being shown for the generosity of others and the vital work that charities in our city carry out – particularly so close to Christmas.

‘CCTV footage has been handed to Nottinghamshire Police and anyone with information on the incident should contact them directly.’