Home » Europe » This Christmas could be one of the worst ever for NHS, health chiefs warn 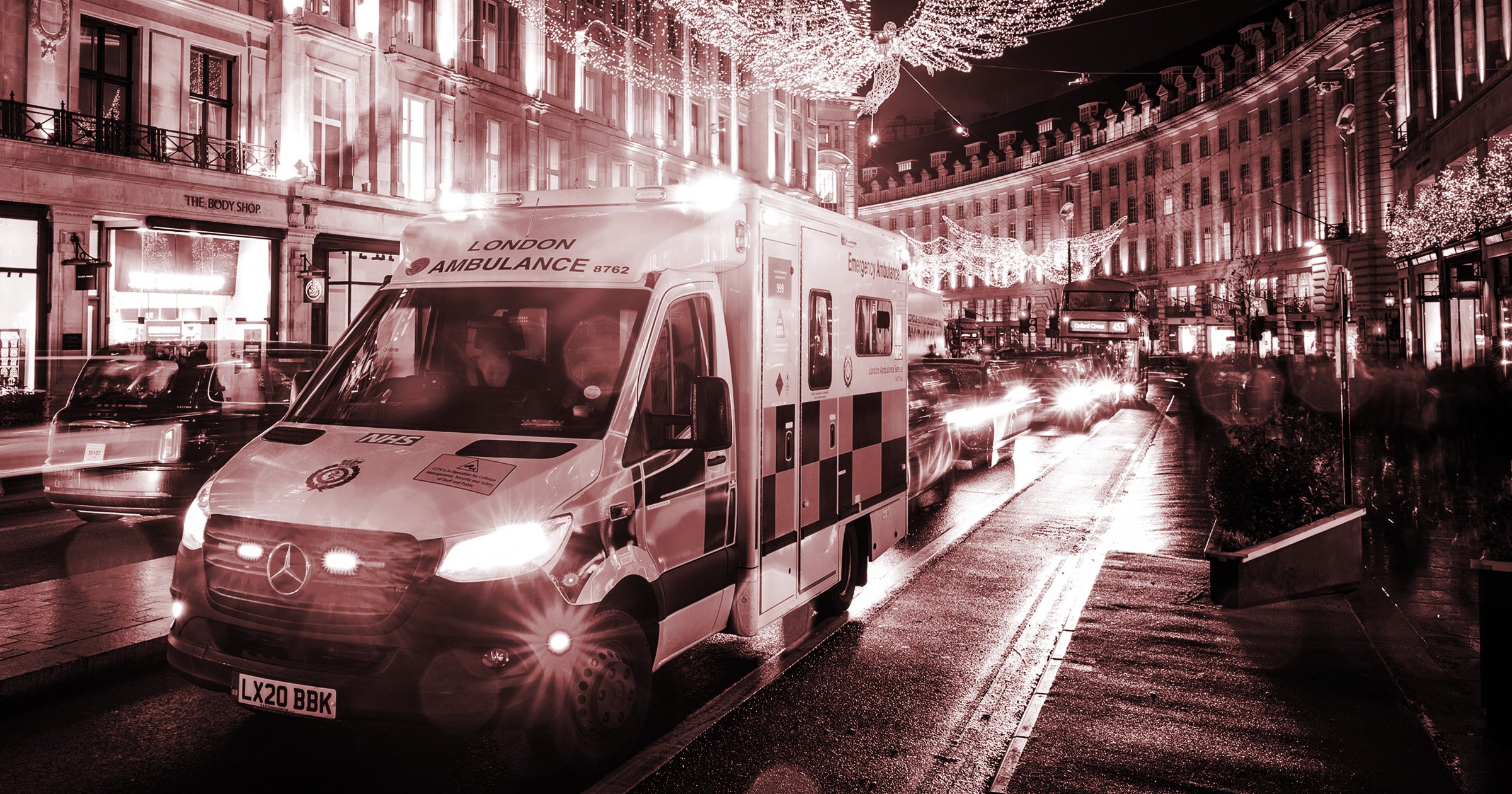 This Christmas could be one of the NHS’s darkest ever, trust leaders have forecast, warning that strikes threaten to exacerbate an ‘already deeply challenging situation’ in the health service.

The worrying prediction came as further strikes were announced by ambulance workers for the New Year, a day after 25,000 walked out in England and Wales.

Health chiefs are working to mitigate the impact of industrial action alongside having to contend with an ‘incredibly long list of other serious challenges’, NHS Providers said.

Figures for last week show that one in four ambulance patients in England waited more than an hour to be handed to A&E teams at hospitals, while new data suggests patients in hospital with flu in England has ‘skyrocketed’ and Strep A is driving ‘near record’ demand for NHS 111 services.

Nurses staged walkouts on December 15 and Tuesday, while ambulance workers in England and Wales followed suit on Wednesday and another strike is planned for December 28.

Handover delays were high across the whole of last week, with no clear evidence that industrial action taken by nurses on their first strike day had a specific impact.

Unions have long argued they are striking not just over pay but due to the state of the healthcare system, which they claim has been chronically underfunded and is short-staffed, leading to concerns for patient safety.

Unison members in five ambulance services in England are to stage two further strikes on January 11 and 23 while the Unite union has announced that its members in the Welsh Ambulance Service have voted to strike, with 1,000 workers set to take action on dates to be announced in the New Year.

The majority of ambulance trusts in England declared critical incidents this week – meaning they were on their highest level of alert where they feared they could not provide usual critical services.

NHS Providers, the membership organisation for the NHS hospital, mental health, community and ambulance services, has reiterated its call for urgent discussions between the unions and Government about pay in order to avert further strike action.

Health Secretary Steve Barclay is considering fast-tracking an NHS pay rise next year in a bid to resolve the dispute but has so far ruled out any movement on current wages.

On Thursday, despite calls to discuss pay, he tweeted to say his ‘door is always open to talk to trade unions about concerns around working conditions’, and repeated the Government line that they will continue to defer to the ‘independent pay review body’ process to ‘ensure decisions balance the needs of staff and the wider economy’.

While some ambulance trusts have come down from their highest alert levels, they warned the public that the health service remains under huge pressure.

East of England Ambulance Service and North West Ambulance Service both stood down their critical incident status but added that the NHS ‘remains under extreme pressure’ and said 999 and 111 services ‘are still challenged’.

Nursing leaders warned the NHS is ‘dangerously close to overheating completely’ and said the latest figures suggested there was ‘absolutely no slack in the system’.

Patricia Marquis, Royal College of Nursing director for England, lamented ‘record nursing vacancies’ and insisted the only way to fix the problem is ‘by paying nurses fairly to retain and recruit the staff patients need’.

Saffron Cordery, interim chief executive at NHS Providers, said: ‘Trust leaders are expecting this Christmas to be one of their darkest to date. As they work hard to mitigate the impact of ongoing strike action, they are also having to contend with an incredibly long list of other serious challenges.’

She warned the flu season is looking ‘far more severe compared to recent years before the pandemic’, something which has affected bed occupancy which she said ‘continues to be above levels considered safe’.

Of delays in patients being transferred from ambulances to the care of A&E teams, she said: ‘With ambulance handover delays having increased by a third in the last week, trust leaders are extremely worried as strike action threatens to aggravate an already deeply challenging situation.

‘We urge the Government to talk to unions about pay as soon as possible.’

The NHS has been braced for extra pressure from a knock-on effect of this week’s industrial action, with pent-up demand from those who did not seek care during the strikes coupled with postponed operations and appointments needing to be rescheduled.

In a message to ministers, speaking on Sky, Ms Cordery said there are over 130,000 vacancies in the NHS and ‘we are haemorrhaging staff because of pay and working conditions, particularly in more junior bands’.

She said the social care system is also ‘on its knees’, which has an impact on the NHS by making it harder for hospitals to discharge patients back into the community.

At least 2,774 ambulance service workers in England were absent on Wednesday due to industrial action, the latest figures showed.

The total is likely to be higher as NHS England said some trusts had not yet submitted data.

Some 4,292 outpatient appointments due to take place across England on Wednesday were rescheduled, while 559 elective procedures had to be rearranged, NHS England said.

Matthew Taylor, chief executive of the NHS Confederation, which represents most health organisations, said the service ‘coped as well as could be expected’ on Wednesday, but he warned it could not ‘go on coping’ with a winter of industrial action.

He told BBC Radio 4s Today programme: ‘We will repeat the call, which is to trade unions and to the Government to step away from rhetoric and step towards negotiation. We can’t drift into more and more industrial action.’

On Sky News, he said the strikes were on top of long-standing issues hitting the NHS.

‘There are signs of hope looking forward but we’re paying the price now for those 10 years of austerity, for the Covid backlog, for not addressing those issues,’ he said.

Allies of the Health Secretary – who infuriated unions by suggesting striking health workers ‘made a conscious choice to inflict harm on patients’ – revealed he is keen to ‘speed up the process’ to give NHS staff a pay rise early next year to break the deadlock.

NHS staff often have to wait until the pay review process across the public sector is completed, usually in the summer, to receive a backdated rise, even though recommendations are made by an independent review body in April.

But sources close to Mr Barclay told The Daily Telegraph he recognises NHS staff are ‘feeling the pinch’ and will demand action to see any extra money in pay packets ‘at the earliest opportunity’.

Meanwhile, the wave of industrial action, fuelled by wages failing to keep pace with soaring inflation, continued around the UK.

Strikes involved National Highways in London and the South East, Unite members working for Highlands and Islands Airports, Driver and Vehicle Standards Agency (DVSA) staff in the North West, Yorkshire and Humber and North Wales, and Rural Payments Agency workers, while Unison members at the Environment Agency are refusing to provide on-call cover for unexpected incidents.

On Friday, Royal Mail workers are set to walk out in another national strike, while the National Highways workers and DVSA strikes continue.

Row over early tip-off to candidates on sport funds

Labour ‘certain’ to lose hold on heartland north Wales: ‘They’re sick to the back teeth!’

Four ways the Royal Family have shown their support for Ukraine