Royal biographer Omid Scobie has revealed that the Sussexes have received an “astonishingly high” number of threats. He added that the lack of protection provided for Prince Harry as a member of the Royal Family was “cruel in the extreme” and that protection for Royals is “as important as ever”.

He wrote for Yahoo News: “Royal Family members are some of the most targeted individuals in the country.

“Given this fact, it’s hard to then understand why Prince Harry is still locked in a lengthy High Court battle with the British Home Office over the protection privileges he lost in early 2020.”

According to Mr Scobie, this lack of security is a key reason for Harry’s few visits home. The Prince’s private security in the US, the biographer claims, doesn’t have “adequate jurisdiction” in the UK.

This means they cannot access necessary intelligence or arm themselves sufficiently to protect Harry when he is in his home country. Mr Scobie added: “Harry’s fears aren’t rooted in paranoia. 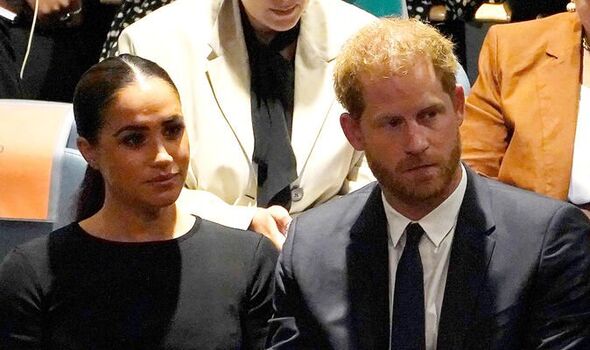 “While covering Harry and Meghan’s time as working royals, I was made aware of the astonishingly high number of threats sent to the couple — the majority received from U.K. locations and many of them rooted in racism towards the duchess.”

The Finding Freedom author went on to say that sources had informed him the pair’s visit to the UK for the Platinum Jubilee was similarly fraught with danger.

He said the source claimed “a number of credible threats were intercepted by authorities”, adding that he had witnessed some himself.

The Sussexes were given state security during their visit, as it was a Royal event. 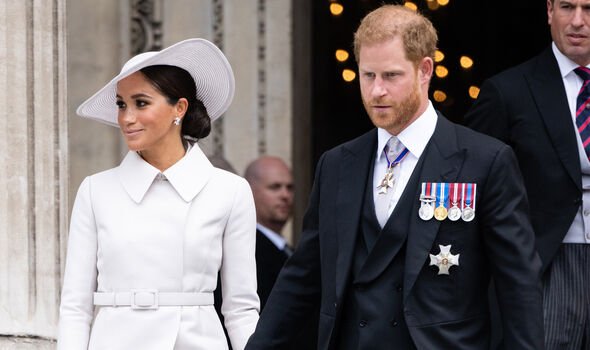 Mr Scobie added that he “regularly” receives “an extension of their online threats”.

He said the horrifying messages “range from extreme racism to disturbingly violent scenes involving the likes of dismemberment, car accidents and rape. They always get forwarded to the police.”

The biographer added via Twitter: “Appropriate security for targeted royals is as important than ever.”

Harry has been involved in a number of legal battles with the Royal and VIP Executive Committee (RAVEC), which oversees Royal security. 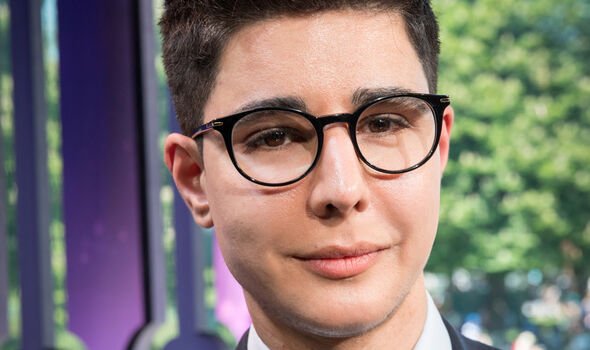 Most recently, the Prince filed a lawsuit on August 4, focusing on the committee’s refusal to let him privately pay for his own protection. The Prince had not asked for the protection to be covered by the government or the public.

RAVEX responded that they see Harry’s security arrangements as to be considered on a case by case basis.

Reacting to their argument, Mr Scobie wrote: “It seems cruel in the extreme to allow Prince Andrew round-the-clock police protection but not the future King’s son.

“It comes across as the Establishment punishing Harry, yet again, for breaking away from the Firm and sharing his experiences publicly.”