Home » Europe » ‘This is not a photo opportunity’: Warning issued after teens seen doing handstands at level crossing

Police said the girls showed a “blatant disregard for their own safety and others” during the incident on a stretch of track at Broxtowe, Nottinghamshire.

Several people were also filmed standing on the track, where trains often travel up to 80mph, to take photographs – with one person lying down to pose.

A recent study of the crossing, situated in Attenborough Nature Reserve, recorded 22 examples of misuse in just nine days. 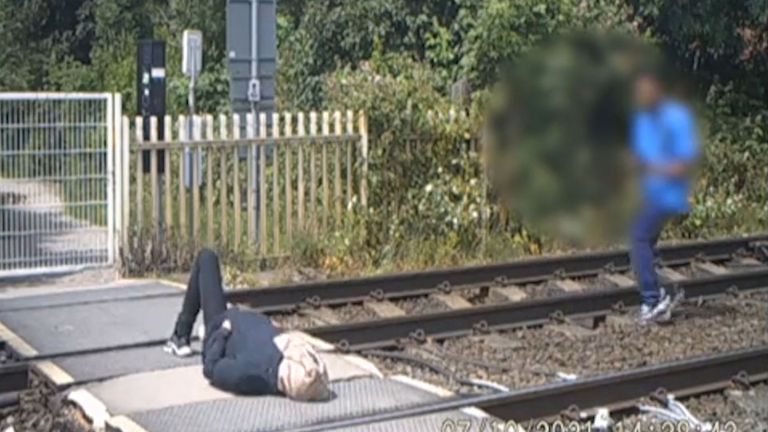 It has led a rail boss to warn that the railway is “not a photo opportunity”.

“The railway is not a photo opportunity and it is never safe to stop or hang around on the tracks.

“The two girls doing handstands are completely oblivious to the dangers they are putting themselves in.

“This incident could have ended in tragic consequences for them, as well as their friends and family.” 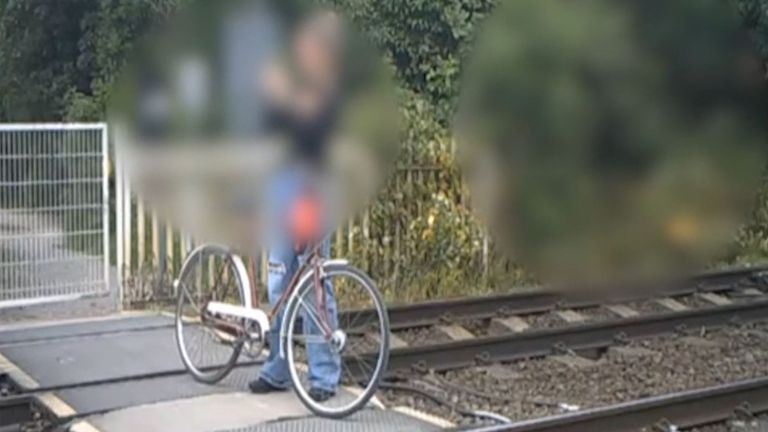 Inspector Mark Clements of British Transport Police said: “The people in this footage are clearly showing a shocking and blatant disregard for their own safety and others.

“Trespass is a criminal offence, it can result in tragic consequences or life-changing injuries.

“We regularly patrol this area and remind everyone of the importance of taking care around the railway and to not trespass.”

The incident involving handstands was filmed in July.

This was 12 months after a couple were caught on CCTV posing for wedding photos while standing on the track at a level crossing near Whitby, North Yorkshire.

Network Rail said it is doing “all we can” to improve safety at level crossings, but it needs communities to “work with us”.

It has launched a new programme named Switch On to teach children about the dangers of the railway and raise their awareness of hazards.