Home » Europe » This Remembrance Sunday, I will also be thinking of LGBT veterans 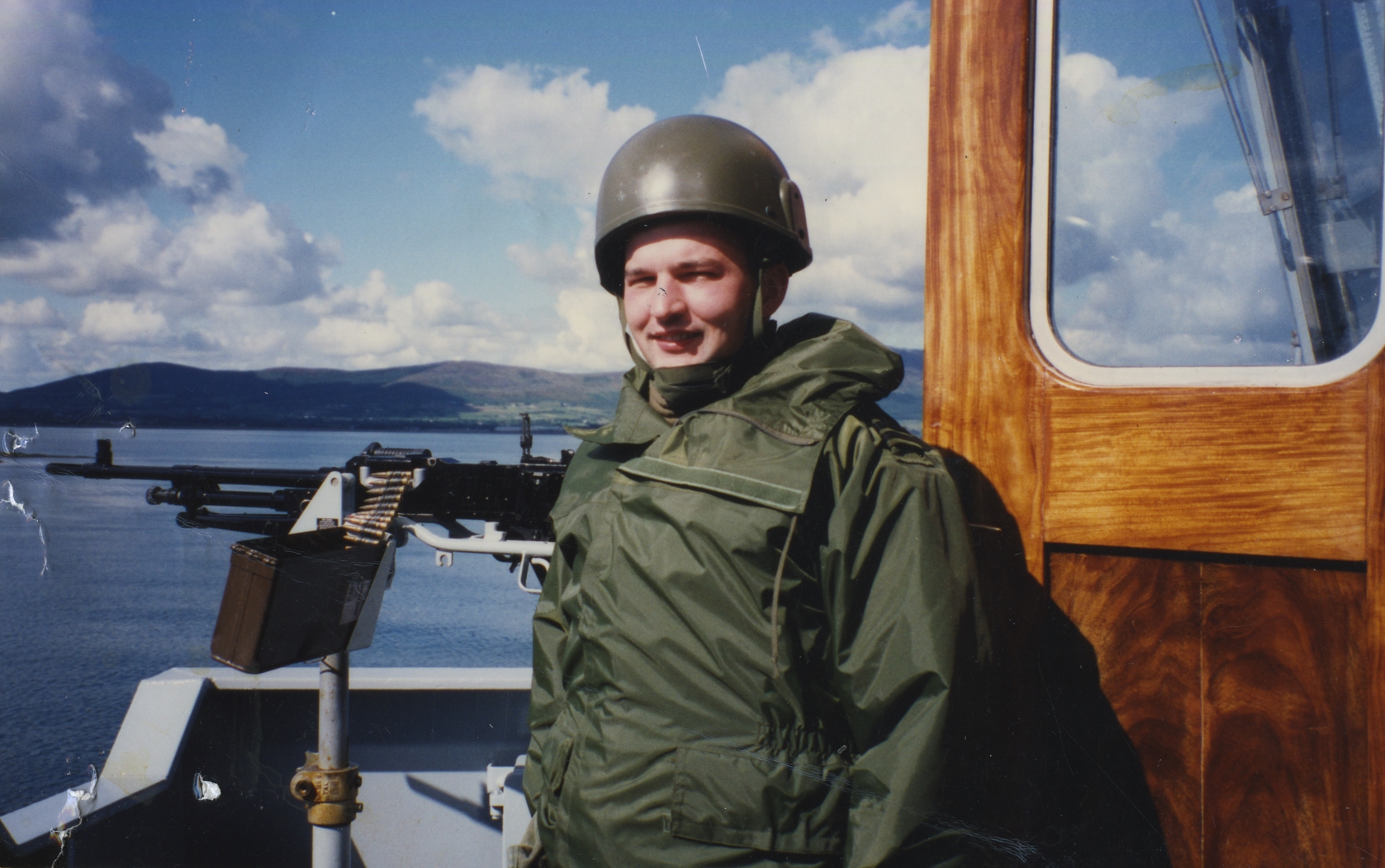 I knew I was gay as I walked though the gates of Britannia Royal Naval College, Dartmouth, but like so many young men of my age, saw nothing but the exciting career that lay ahead.

In the 1980’s there were no gay role models and there was no life I could envisage being a gay man.

It took five years for a moment that would change the course of my life. I served in Northern Ireland during the ‘Troubles’ and boarded a fishing vessel off Bangor, which seemed unusually quiet.

I went down below and discovered two young men, who looked not unlike me in each other’s arms. They quickly distanced themselves and as was the routine I questioned them and left. Back on board in my cabin I realised that while I wore a pistol, had body armour and a kevlar helmet, it was they and not I who had courage.

A few weeks later, at the end of my tour in Northern Ireland I walked into my first gay bar and sat on a stool next to a man who has been my partner for 27 years. I think of that moment as military efficiency in dating.

On that day my life turned from monochrome to technicolor but it also brought to me the risk of arrest, detention and dismissal, simply for being who I am.

Many would be shocked to know that up until as recently as 1994, members of our Armed Forces were imprisoned for being gay and stripped of their medals. In 1992 Royal Navy veteran, Ed Hall, Founded the Armed Forces Legal Challenge Group, a legal campaign to lift the ban that was later supported by Rank Outsiders and Stonewall. In September 1999 the European Court of Human Rights declared the ban a violation of the right to a private life and the ban was ultimately lifted in January 2000.

More than 20 years on, I’m proud to say that 22 LGBT+ veterans from the Armed Forces charity, Fighting With Pride, will gather on Horse Guards Parade on Remembrance Day this year and march past the Cenotaph for the very first time.

This will be a solemn moment of remembrance and a moment in which the Armed Forces family will be complete.

Tens of thousands of LGBT+ members of our Armed Forces have lost their lives in battle, and on Sunday 14 November, at the National Cenotaph I will be pleased to see them remembered and acknowledged as honourable people of whom we are today proud.

I will remember those who supported us too.

I’ll be thinking of Captain Stuart Rule of the Royal Marines, a tower of a man, who stood by my side as I came out on the day the ban was lifted and who tragically died during a training incident in 2001.

On the eve 12 January 2000, hours after the ban was lifted, he joined me at the Wardroom bar of HMS Fearless and told tales of nights out in the gay village in Manchester with his wife.

In an Armed Forces that had fought to keep the ban and was ill-prepared for inclusion, Stu instinctively supported me and I was immensely proud to serve with him. He led the way amidst fellow officers bewildered by sea change. Despite the leap of faith I made on that day, I never for one moment felt alone.

I will also remember Captain Professor Sir Michael Howard OM CH CBE MC, Regius Professor of History at Oxford. I was privileged to meet Michael while editing the anthology book, Fighting With Pride. Michael was awarded the Military Cross in 1943 at Montecassino for his bravery in battle.

He lived with his male partner for over 60 years. In 1995, he wrote to the Permanent Under Secretary for Defence and said that the values of the ‘ban’ were not those that the United Kingdom had fought several wars to defend.

Generations of LGBT+ veterans will be grateful to him for a moment in which he reminded the Government of the Armed Forces Covenant, the nation’s promise to those who have served that in their hour of need their service will be remembered.

Those who, like me, were able to serve openly will be forever grateful to the brave women and men from the Armed Forces Legal Challenge Group who fought through the 1990s for our Armed Forces to reflect the values of our nation and are overdue recognition.

I joined the Royal Navy in 1989 and had a busy operational career. I was working as a helicopter insertion armed boarding specialist, serving in the Gulf and led border patrols in Northern Ireland in the challenging years prior to the signing of the Good Friday Agreement.

But I could never tell colleagues where I was going or who I was with. Letters to the ship from my partner had to be carefully sanitised and pseudonyms used.

When I was able to come out as gay in 2000 after the ban on LGBT+ people serving in the Armed Forces was repealed, I was able to serve eight more years in the navy.

But I came out into an Armed Forces that was ill prepared for inclusion. Service chiefs had fought hard to retain the ban and the handful of us who came out did so in a toxic environment.

It would be many years before service conditions for LGBT+ personnel were to improve. I led a gritty campaign for change often as a lone voice and on many occasions broke Queen’s Regulations to advocate for change.

On Remembrance Day this year – as we step out into Whitehall amidst a sea of gleaming medals and bulled shoes – our small group will together represent the lost legion of LGBT+ veterans who were forcibly removed from the Armed Forces during the years of the ‘gay ban’.

For some of those who lost careers, homes, pensions and families, they will be crossing the Rubicon on a difficult journey back to the Armed Forces family from which they were removed.

Today, our Armed Forces are ‘world class’ in their support of LGBT+ serving personnel, who are welcomed by every level of command. They serve at the front line of operations in their ships, squadrons and regiments and service chiefs are as proud of their service as they are of all others.

It is difficult to imagine a time when this was not the case, but sadly it was not so long ago. Well into the 1990s, there were gay veterans in military prisons simply for being who they are.

The ending of the ‘gay ban’ was the herald of changes in the UK that saw the removal of Section 28 (which banned the ‘promotion’ of LGBT+ lifestyles), the introduction of The Equal Treatment in Goods and Services Directive (which stopped organisations denying goods and services to LGBT+ people), and the Civil Partnership Act that was to pave the way for same-sex marriage.

I am immensely proud to be part of this moment of inclusion for our LGBT+ veterans and will be honoured to stand side by side with a group of remarkable people who, should never again, for one moment feel alone.

Later on Remembrance Sunday, we will raise a glass together with serving officers from all of our Armed Forces – the toast will be to ‘absent friends’.