The traditional nativity scene sees Mary, Joseph, some shepherds and three wise men gather to celebrate the birth of baby Jesus – but have you ever heard of the part where the camels run rogue?

Three camels escaped a live reenactment of the Bethlehem story to cause traffic chaos in Brisbane on Friday morning.

After opening the gate of their own pen, they were spotted strolling down Albany Creek Road in Aspley.

The cheeky animals are said to have stuck in their lane – but were unfortunately on the wrong side of the road.

Surprised motorists were praised for slowing down to ensure no accidents happened, with many posting videos of the bizarre incident on social media.

‘Our camels got a bit lost on the way to Bethlehem! Gladly they’re back safe and sound now’, Bridgeman Baptist Community Church posted on social media. 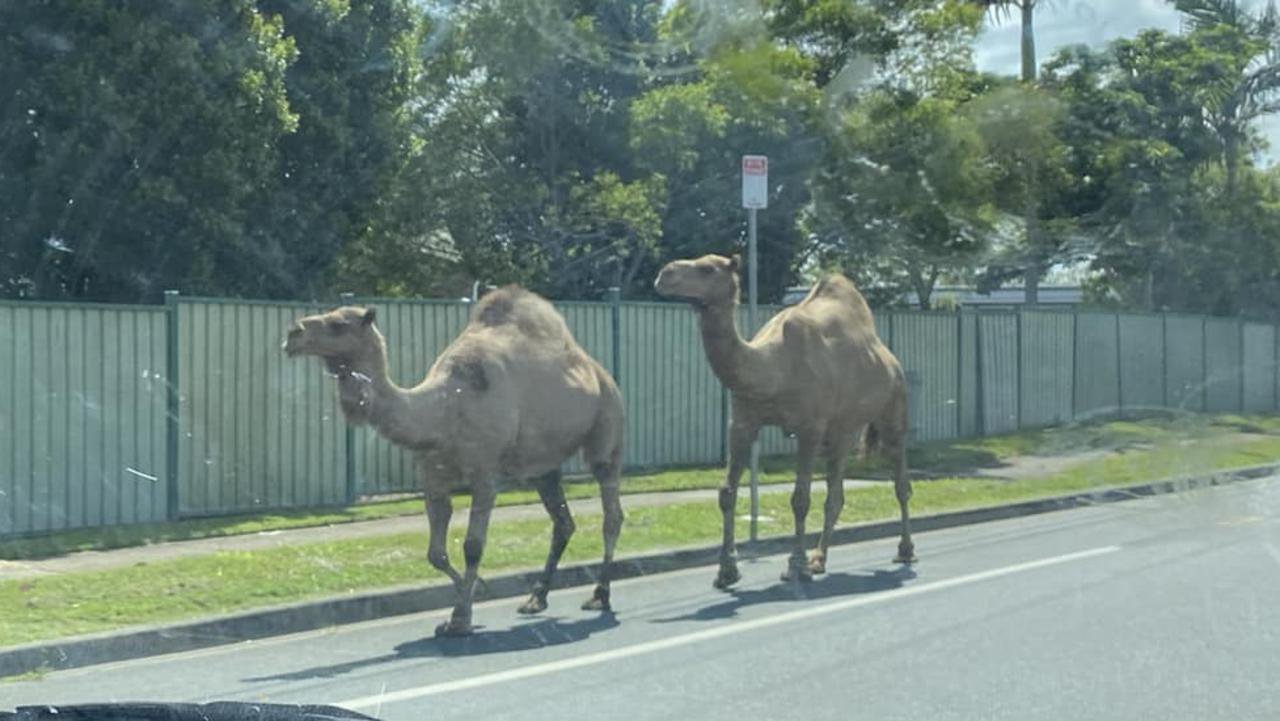 Thomas, a pastor at the church, told 96Five FM the phone was ‘going off’ with people calling to alert them to the news.

He added: ‘Apparently what has happened is they have themselves unhinged their little gate themselves, they’ve got out themselves and they just thought, “hey, why don’t I just go for a bit of an extra stroll.

‘So they’ve just done a lap of the property, walked on the side of the road – you know where the bikes go – and they just walked around.’

Owner Whane Morris added that he was ‘surprised’ when he got the call.

People on social media found the great escape hilarious, with one person saying it had ‘brought a lot of smiles to people’s faces’.

‘Sounds like they couldn’t find any wise men at the church so they went looking elsewhere’, one person quipped.

Another added: ‘Even sticking to the left in there [sic] own lane. Just going the wrong way. Gotta Love it’.

Police said they were unaware of the incident on Friday.