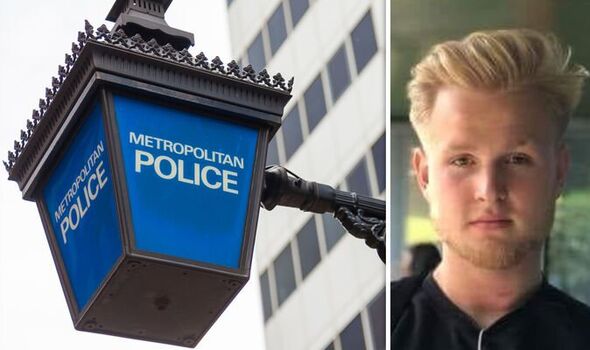 A family friend said Bartosz Wyrzykowski, 21, was attacked in Lionel Road, Eltham, on Tuesday afternoon while out getting milk with his girlfriend. A post-mortem examination found the cause of death was a stab wound to the pelvis. Officers said Wyrzykowski’s next of kin continue to be supported by officers from the Met Police’s Specialist Crime Command.

Mr Aydin and Mr Davies, both from Greenwich, and the teenager were due to appear at the court.

A 17-year-old girl and 21-year-old woman have also been arrested on suspicion of assisting an offender.

They have been bailed pending further inquiries.

Speaking to the BBC, Ola Bradford said: “Bartek was attacked on Tuesday outside of a local grocery shop. He went out with his girlfriend to get some milk.

“Following unsuccessful attempts of saving his life, he sadly passed away shortly after.

“He was 21 years old and had his whole life ahead of him, about to start a new job.”

The family friend has also set up a GoFundMe page to cover Mr Wyrzykowski’s funeral costs.

As of writing, the fund-raiser has collected more than £8,000 for the 21-year-old’s family.

His teacher Susan Wynne said: “It was a pleasure to have taught you Bart. You were a funny, kind lad.

“I will never forget you. Sleep peacefully.”

A donor, Robert Finlay, also added: “I don’t know this poor young lad or his family but am so shocked by this senseless attack and waste of a young person’s life, and knowing the desperately profound pain his dear family and friends will carry to their graves. God be with you all.”

Police were called at 5.11pm to reports of a stabbing in Lionel Road, SE9 on Tuesday, February 8.

He was treated at the scene and taken to hospital where he was pronounced dead a short time later.

Detective Inspector Mel Pressley said ahead of the charges: “I want to reassure the local community that a team of experienced and dedicated officers are working tirelessly to ensure those responsible for Bartek’s murder are identified and apprehended.

“I am appealing to anyone who was in the area around the time of this incident to come forward and speak to police.

“Lionel Road would have been busy at around 5pm – did you see an altercation involving a group of people? Did you capture any of the incident on your phone?

“If you can help, please get in contact with my team as the information you hold could prove vital to progressing this investigation.”

Anyone with information, however limited they may think it is, should contact the incident room on 0208 721 4622. Footage and images can be uploaded at Public Portal.
Information can also be provided to Crimestoppers, anonymously, on 0800 555 111.

Breonna Taylor: Louisville declares state of emergency ahead of prosecutor decision on charges