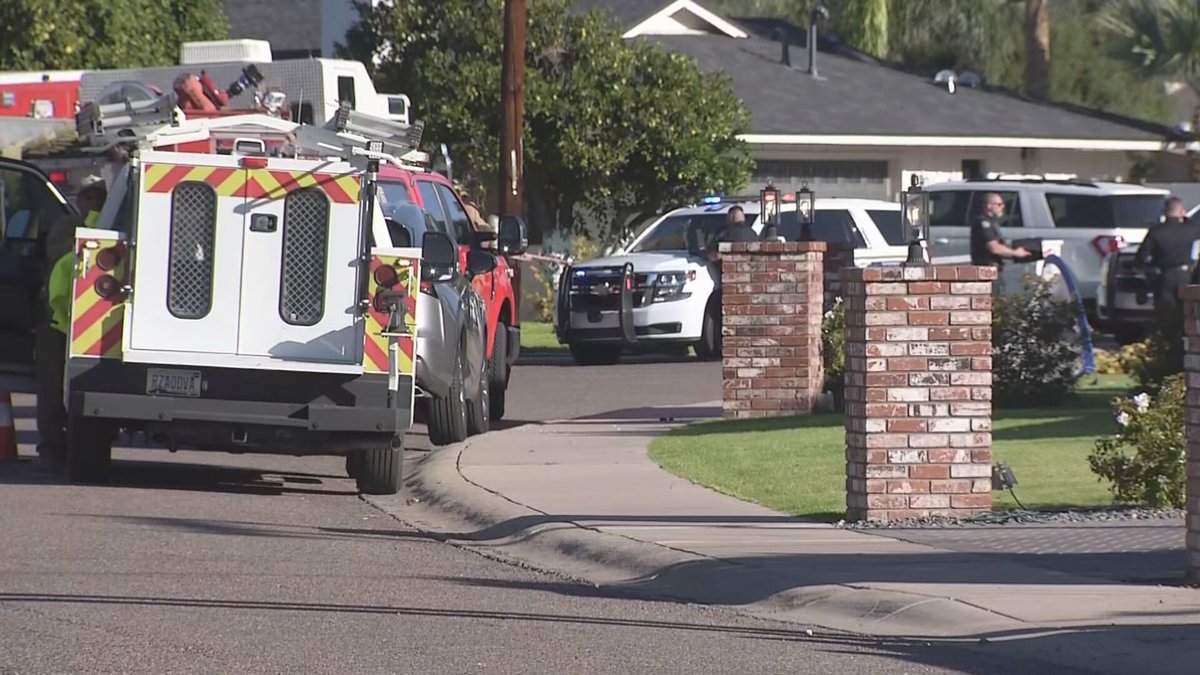 A family of five including several children were found dead inside a home with ‘obvious signs of trauma’ after a hazardous materials incident.

Hazmat crews and police officers responded to reports of a ‘hazardous situation’ and possible unresponsive person at a home near 7th and Northern avenues in Phoenix, Arizona, shortly after 8am on Wednesday.

Fire crews encountered gas, which made it hard for them to enter the home. When first responders were able to maneuver their way in several hours later, they found two adults and three children dead with ‘obvious signs of trauma’, according to police Sgt Melissa Soliz.

Police said there is no suspect at large, CBS 5 reported. But they did not confirm whether they found a gas leak in the residence in their initial investigation.

‘This scene is a complete tragedy behind us,’ said Soliz.

‘Not only is this devastating to the first responders that had to respond and witness what’s inside, but this neighborhood is very close knit including the extended loved ones and family members that are related to this home and this residence.’

The identities of the victims were not immediately released.

Homes in the area were briefly evacuated as a precaution. Police later said there was no further danger to the neighborhood.

Southwest Gas responded to the incident and said they inspected the natural gas infrastructure from the meter at the home to the street and the area around it. No leaks were found, a spokesperson said.

‘Our hearts are heavy with today’s news and we are grateful for the quick response of first responders,’ stated the spokesperson.

‘There is nothing more important to us than to keep our communities safe and our crews continue to work with first responders to ensure the area is safe and secure.’

The company said the infrastructure in the neighborhood was operating without issue and that it would continue working with the fire and police departments on an investigation into the incident.

Mother, 27, 'poisoned five of her children before jumping in front of a train'