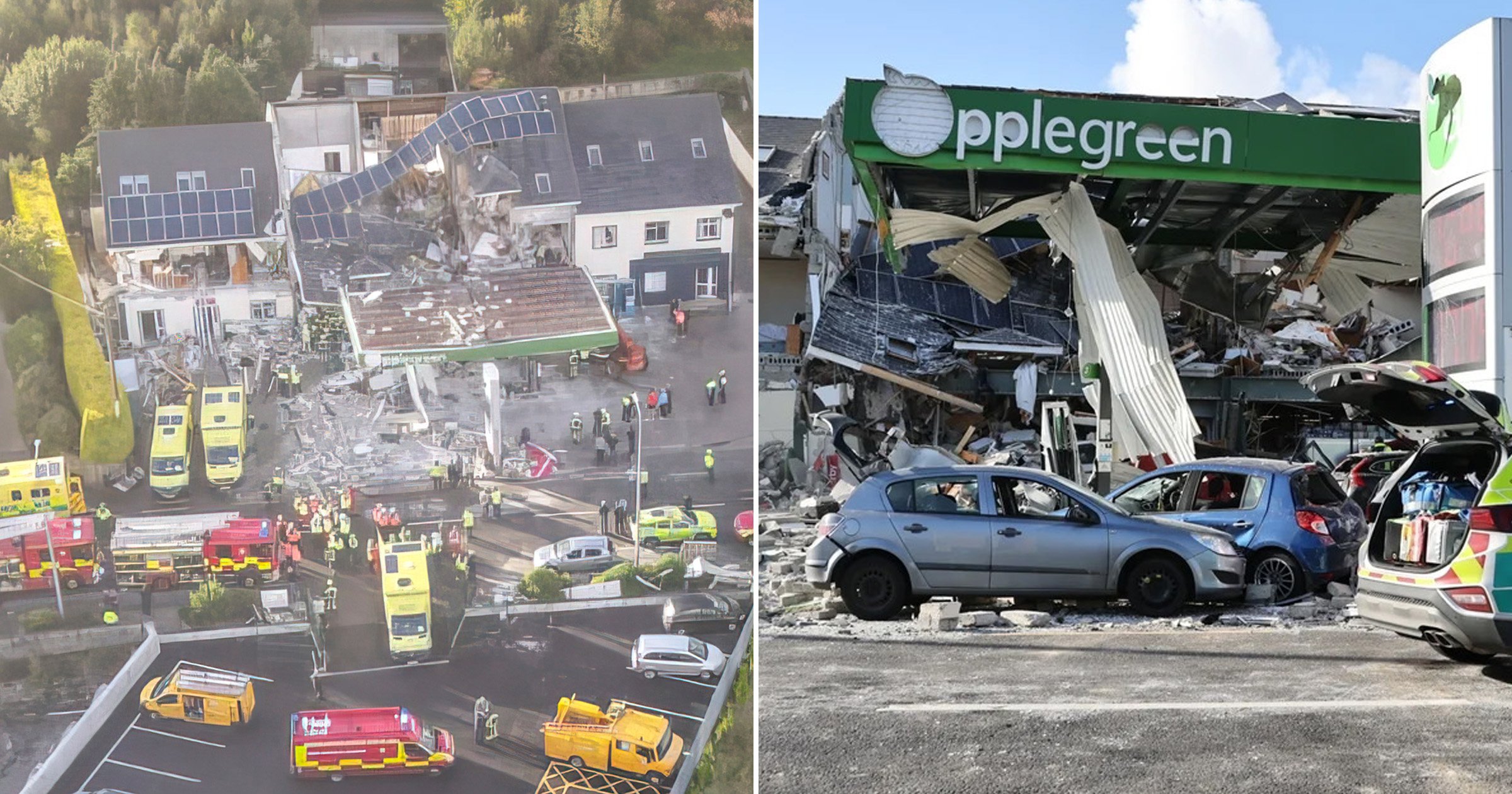 Three people have died in a massive explosion at a petrol station in Ireland and the death toll may climb further.

A major search and rescue operation is ongoing after an explosion destroyed a forecourt, shop and homes earlier today.

Police have confirmed three people lost their lives in the blast but said the operation is ongoing, fuelling fears more people may still be beneath the rubble.

The explosion happened at a station just outside the village of Creeslough in the north west of Ireland at around 3pm.

A major incident was declared and sniffer dogs have been seen searching the wreckage for survivors.

Distressed family members of missing people have gathered near the cordon to await news about their loved ones.

Pictures shared on social media showed the scale of the damage at the County Donegal station.

A supermarket and homes built into the premises were severely damaged and the roof of the building collapsed.

The force of the explosion stripped away the exterior wall, leaving homes exposed, and a number of cars have also been damaged.

The site serves as the main retail base for the small community and a local politician said it would have busy at the time with families leaving school and elderly people picking up their pensions.

Nina Gabel, 35, described distressing scenes at the cordon prior to confirmation of three deaths.

She said: ‘There was one woman who didn’t know where her daughter was and she was very upset.

‘There are emergency services everywhere, there were so many gardai and fire engines.

‘What looked like local farmers’ tractors were helping to dig out the rubble.’

The local hotel stopped taking booking to ensure there was enough accommodation for first responders flooding into the small village.

Major emergency status was declared at the local hospital and the public were asked not to attend its emergency department unless it was urgent.

He said: ‘It ripped right through this building, and this was a very busy location at that point in time.

‘Three o’clock, it’s just after school, people were going to collect their pensions.

‘This is a very, very, very busy locality here at this shop, this petrol station, this deli, the post office at this time.

A police statement read: ‘At this time, An Garda Siochana can confirm there has been three fatalities as a result of this serious incident.

‘This continues to be an ongoing operation and An Garda Siochana are not in a position to provide further information on casualties at this time.’

No information on the cause of the explosion has been released.