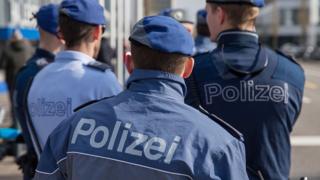 Three people have died in a hostage situation in Zurich, police say.

A gunman, who has not been named, held two women captive in a flat in the south-west of the city early on Friday.

Police say they were locked in a standoff with the man for three hours, before he promised to surrender.

However shots were fired soon afterwards, and officers found three people – a man, 60, and two women aged 34 and 38 – in a critical condition. All three then died at the scene.

Officers were called to the address at 05:22 local time (03:22 GMT) after a neighbour said they heard a woman screaming for help.

When they arrived a man speaking to them out of the window of an apartment told them that he was holding two women hostage.

Unless the police withdrew, he said, he would shoot them.

A hostage negotiating team then attempted to keep in contact with the gunman, until shortly after 08:00, when he agreed to give himself up within the next 10 minutes.

Shots were then fired inside the apartment. Officers stormed the building and found the two women and one man in a critical condition with severe gunshot wounds.

Police spokeswoman Judith Hödl told SDA news agency that it was not yet clear whether the dead man they found in the apartment was the gunman and what connection he may have had to the two women.

In a statement she said police had found a handgun, believed to be the weapon that was used, and investigations were now underway.