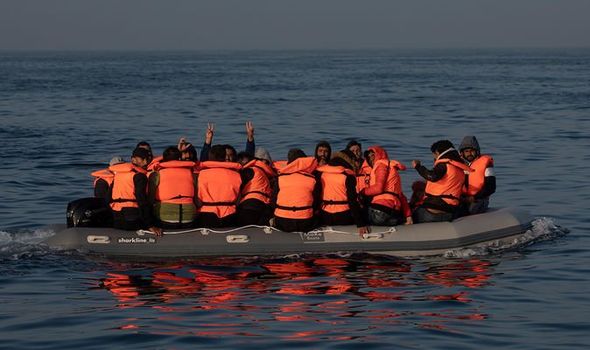 According to the Maritime Prefecture of the English Channel and the North Sea, French naval forces rescued two people on boats off the port of Calais. They told them three other people were aboard the rescued boat but had gone missing.

The French Navy launched a search operation on Thursday night.

In a statement, they said: “Despite the resources deployed, the three individuals could not be found and the search was suspended at the end of the day.”

On Thursday, UK Border Force were dispatched to the Channel amid reports of eight small boats.

All boats were reported to be carrying more than 45 migrants each.

This comes just days after more than 500 migrants crossed the Channel.

On Tuesday, Border Force were called to rescue 504 people in 16 incidents.

According to reports, French authorities also stopped 307 migrants attempting to cross the Channel.