The Home Office said the migrants were found overnight trying to cross the English Channel after 40 migrants were stopped in their attempts to make the journey on Christmas Day.

Shortly after midnight on Wednesday, the Border Force was made aware that three male adult migrants on board a small boat had been rescued by the French authorities near Dover. 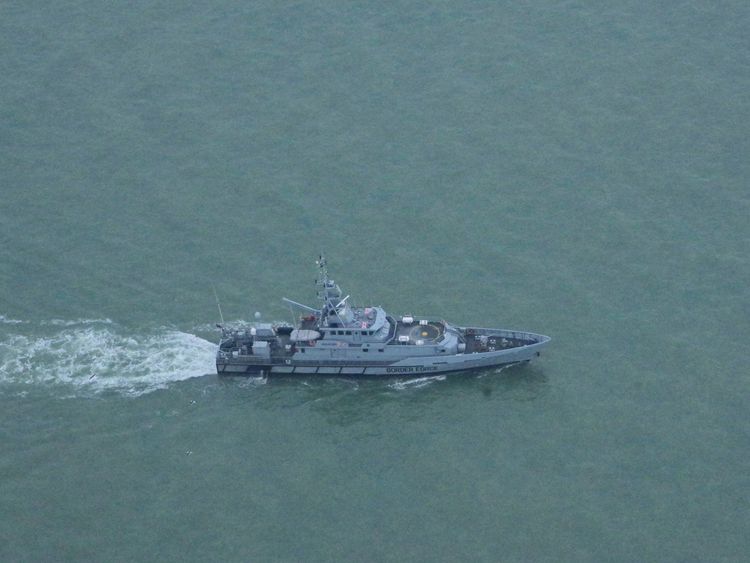 The semi-rigid boat was 3.5 metres in size and was detected during a mission of surveillance of navigation around 16.4km (10 miles) from the French coast.

The migrants, who presented themselves as Iranian, were transferred to the UK authorities and taken onshore at Dover by a Border Force vessel.

They received a medical assessment before being transferred to immigration officials for interview.

It comes after authorities were called to five separate incidents involving people presenting themselves as Iraqi, Iranian and Afghan on Christmas Day, including:

:: A girl was among eight people who arrived in Folkestone, Kent, at around 2.40am;
:: A child was among 13 people on a dinghy helped by Border Force off the coast of Deal, also in Kent, just before 7am;
:: A Border Force cutter was deployed at 5.50am to help a dinghy which was heading for Britain with seven men and a woman on board.

There has been a recent spike in small boat crossings that British authorities say are organised by smuggling gangs, with 86 people picked up in a two-week period in November. 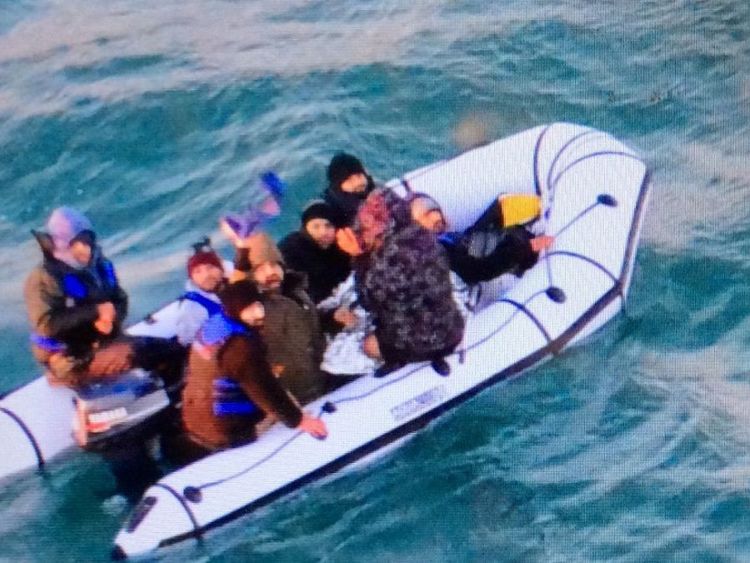 The Home Office has said it is working with French officials to try to shut down the people smuggling.

It blamed the crossings on “organised criminal gang activity”.

“We are working closely with the French and law enforcement partners to target these gangs, who exploit vulnerable people and put lives at risk,” a spokesperson said.

It said it had “deployed resources to deal with these incidents”, including sending Border Force cutters and coast patrol vessels to the stricken boats.

British officials said all the migrants picked up in recent days have received medical aid.

The children were taken to social services, the Home Office said.

The rise in crossings corresponds with tighter border checks in France and crackdowns on migrant camps that have made it more difficult to reach the UK by other means.

The Home Office says its work with French authorities and “enhanced security measures” have seen a 50% reduction in what it calls “clandestine detections” in the UK since 2015.