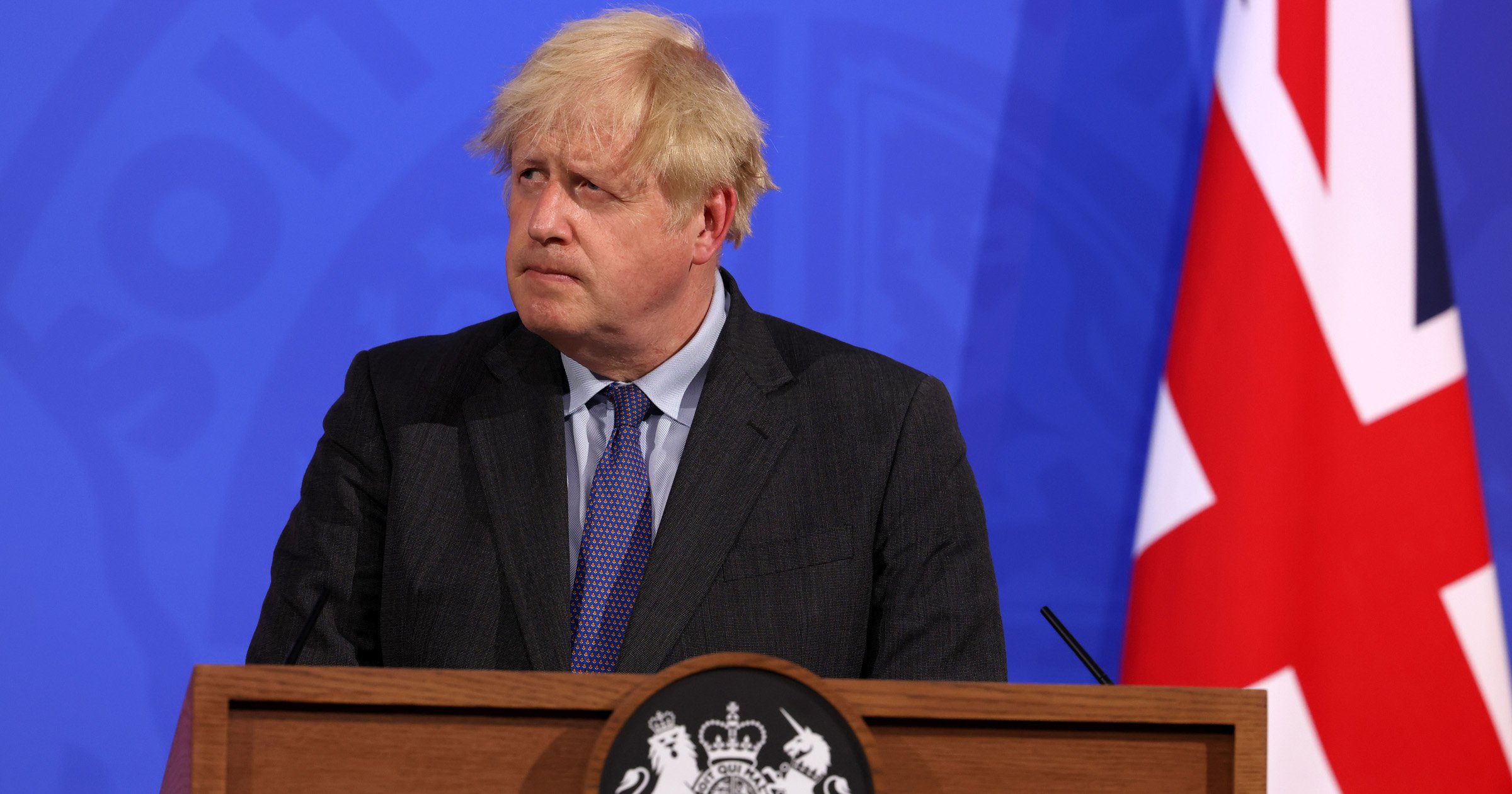 The prime minister is set to announce sweeping changes to the way we’ve all been living our lives in a press conference this afternoon.

They will come into effect in a fortnight on what has been dubbed ‘Freedom Day’, and could cover a range of wide issues including social distancing rules, the use of masks and guidance on working from home.

But it is thought a further three significant matters will not be settled this Monday.

One of the questions Boris Johnson is not expected to address is whether fully vaccinated Brits can holiday to ‘amber list’ countries without having to quarantine upon arrival.

The requirement on schools to send home entire bubbles of pupils if just one of them tests positive is also expected to be tackled at a later date.

The third thing which likely won’t be covered in Mr Johnson’s 5pm briefing to the nation is whether double-jabbed residents should be able to avoid self-isolation by testing negative for Covid-19.

Current NHS guidance tells people to keep quarantining even if they return a negative test.

A formal announcement on whether the government’s four tests for unlocking have been met will not take place until next Monday.

This afternoon’s conference will also see ministers publish the results of reviews into the use of vaccine passports, update the nation on care homes and end the need to scan a QR code while visiting a pub.

Mass events, including festivals, will also reportedly be allowed under the proposals for the final stage of the road map out of lockdown.

Mr Johnson is expected to tell the public: ‘As we begin to learn to live with this virus, we must all continue to carefully manage the risks from Covid and exercise judgment when going about our lives.’

Alongside the press conference, new health secretary Sajid Javid is expected to speak in the Commons to update MPs on any changes.

In a piece for the Mail on Sunday he said it was time to ‘find ways to cope with’ the virus, like the country does flu – a link which was heavily criticised by scientists and commentators.

Professor Devi Sridhar, who with eerie accuracy in 2018 predicted an animal infecting a human in China could cause a pandemic, said: ‘New UK health minister saying Covid is like flu.

‘We didn’t have to vaccinate the entire adult population against flu, or do mass community testing, or have lockdowns because hospitals are full. I don’t understand this analogy.’

Labour said the government must declare how many Covid-related deaths it is willing to accept in the face of rising cases of the Indian strain if restrictions are to be abolished in favour of treating the virus like flu.

Scientists have voiced concern about the prospect of a wholesale easing of restrictions in two weeks, at a time when cases have been rising in England to their highest levels since January.