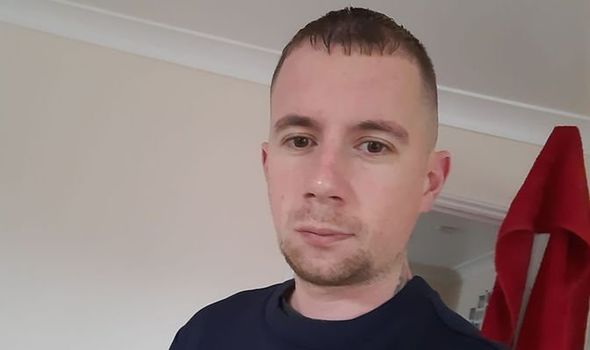 Jamie Read, 31, subjected his victim to an attack so ferocious the woman thought she was going to die. A court heard Read had been drinking in a pub, met his partner there and they made their way to the victim’s home even though she made it clear she didn’t want him there.

The victim begged Read to leave and, when she called his mother, he flew into his violent rage.

The girlfriend, who had been dating Read on and off for around 18 months at this stage, suffered various cuts and bruising and has suffered night terrors since the ordeal, Cornwall Live reports.

But Recorder John Trevaskis said Read wouldn’t get the rehabilitative help he needed to address his issues in prison. The judge suspended his 16-month jail term for two years.

Describing the attack, Ramsay Quaife, prosecuting, said: “All of a sudden he grabbed her throat and squeezed her hard. The victim was barely able to breathe and then the defendant made a worrying remark about wanting to kick her teeth in.

“Mr Read then threw her back causing her to hit her head on a wall. She saw him take six steps back before lunging at her and kicking her in the face with the sole of his trainer. He repeated this twice more.”

The woman was in so much pain and shock she could barely breathe after the attack in May last year.

Robin Smith, defending, said: “This defendant entered an early guilty plea and made free flowing admissions in police interview, telling them alcohol was not an excuse.

“When sober he is insightful and remorseful and utterly ashamed of this unforgiveable behaviour.”