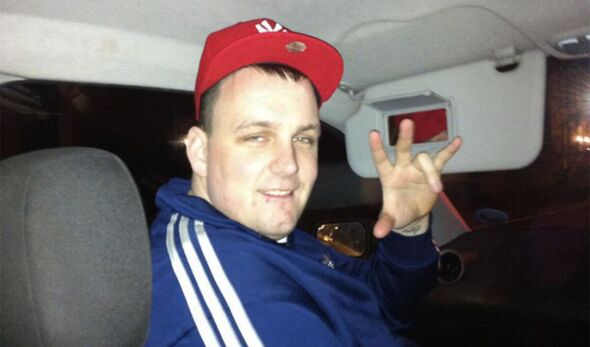 Thugs held a man down and tried to hack off his arms and legs with a machete in a gangland attack, leaving injuries which left doctors deeply shocked. A team of medics was fighting to save one of the 28-year-old victim’s hands after what police confirmed was a targeted attack in which he was held down in Pilton, Edinburgh.

Police Scotland believe two vehicles, a blue Ford Focus ST and a dark-coloured VW Golf which were later found burned out nearby, were used by the attackers, and have now launched an attempted murder probe.

A source close to the investigation told the Daily Record: “He has some of the worst ­injuries doctors have seen in a while. They are truly horrific.

“The doctors are trying to save his hand but it’s difficult to say what will happen.

“The attackers tried to chop off his hands and legs while holding him down.”

Insiders have said it was the latest incident in a gang way which has erupted between rival criminal factions and marked the first of two machete assaults in less than 24 hours.

The man, being treated at the Western General Hospital, was attacked on January 5.

The next day heroin dealer Edmond Reid – believed to have connections to Scots cocaine drug lord Mark Richardson – was chased by a man wearing a balaclava and carrying a machete.

Reid, 36, escaped unhurt after the incident, in Cumnor ­Crescent in Inch.

The man injured in Pilton is understood to have suffered “life-changing ­injuries” and continues to receive treatment.

Detective Chief Inspector Mark Petrie said: “Extensive enquiries are ongoing to trace those responsible and we are appealing to anyone who witnessed the incident, or may have information, to come forward.

“We believe this was a targeted attack and we do not believe there was any risk to the wider public.

“I am also keen to hear from anyone who recognises the vehicles and may have information about their movements.

“I would ask anyone with potential dashcam footage, private CCTV, or doorbell footage of these two vehicles, to contact officers as it could be helpful for our enquiries.”

Anyone with any information is being asked to contact 101 quoting incident number 3414 of 5 January, 2023.

Alternatively, they can Crimestoppers on 0800 555 111, where information can be given anonymously.”