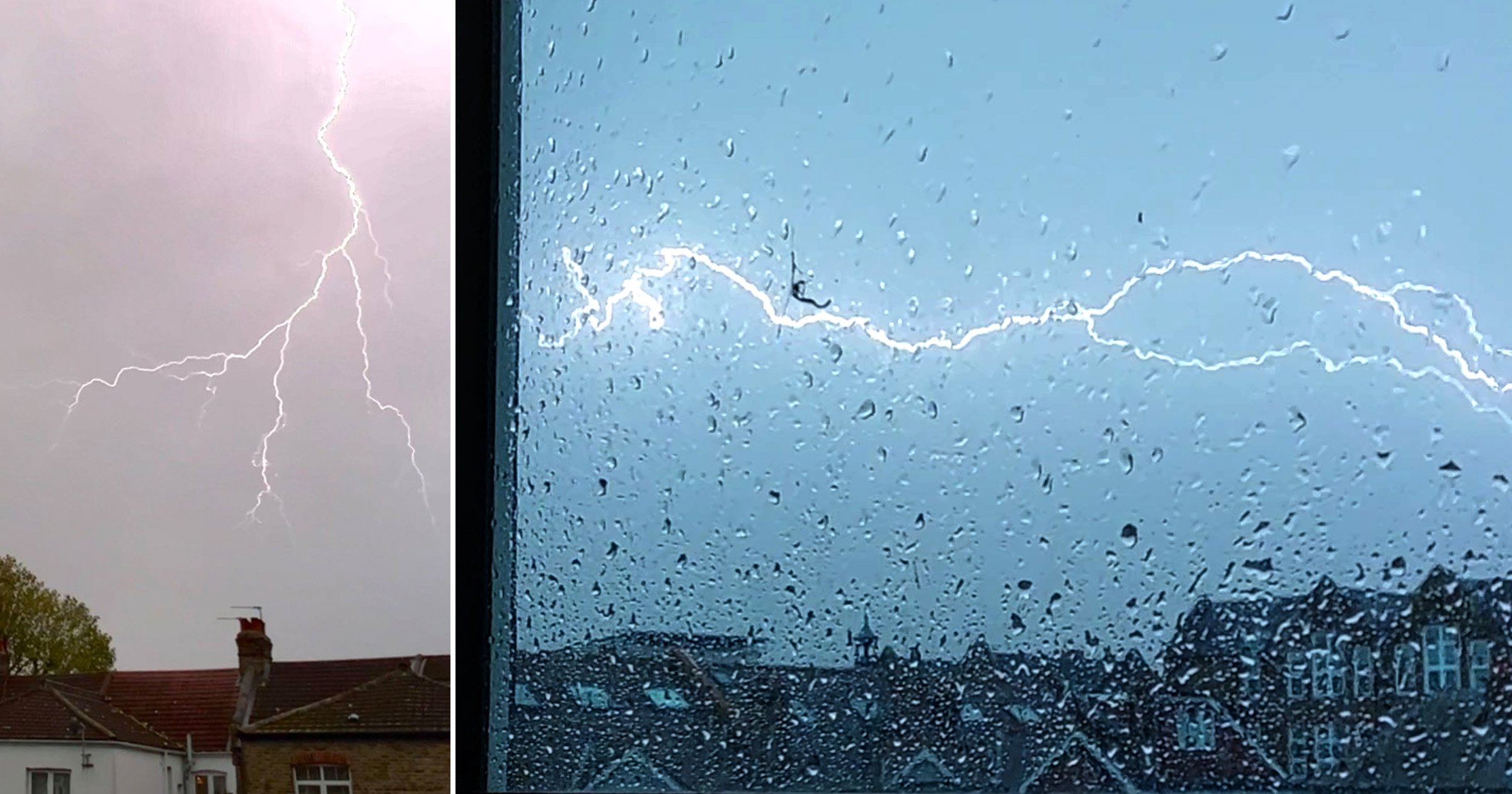 Thunderstorms and lightning struck across London leaving thousands of people soaked to the high heavens.

It comes after the Met Office issued amber warnings for parts of the south with heavy rain and flash storms expected.

But after 15 minutes of thunder and lightning, the capital was awash with beautiful sunsets.

The crazy weather looked ominous and like the ‘end of the world’ some soaked Londoners said.

It was estimated as much as 60mm of rain fell in just half an hour.

The Met Office warned that heavy rain for much of the south could lead to flooding, leaving businesses and homes at risk of damage.

Its warning stretches west almost to Plymouth and east to Norwich, covering Portsmouth to the south and Peterborough north and including London.

Just a few months ago the UK went through the joint hottest summer on record, with heatwaves and draughts across the country.

England also smashed its all-time temperature record in July, when the mercury topped 40 degrees Celsius (104 degrees Fahrenheit) for the first time ever, while July was the driest on record across the south.