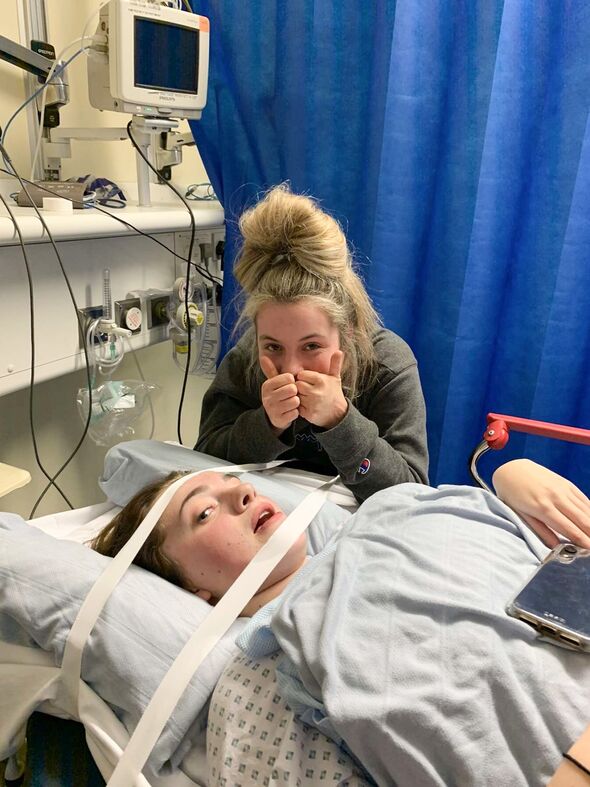 Eighteen-year old Sarah Platt said it was “peer pressure” that convinced her to take part in this trend, that sent her to the hospital with multiple injuries two years ago when she was still 16. On the day of the accident, the girl was with her friends at a hockey tournament, and her pals teased her, daring her to try a challenge called the “scull breaker”, the Mirror reported.

In similar videos uploaded on the social media platform, three children or teenagers can be seen standing next to one another.

The person in the middle jumps up in the air as the other two kick both their legs, forcing them to fall to the ground, landing on their head.

Sarah was rushed to the hospital with three broken bones, no feeling in her right leg, and her T5 vertebrae.

Today, she is thankfully able to stand and walk on her feet, but still suffers implications from the accident.

The young girl said: “It was just a trend that was around at the time. We thought making the TikTok would be fun and funny but I didn’t really want to take part because I just didn’t want to get hurt. But it was a little bit of peer pressure. 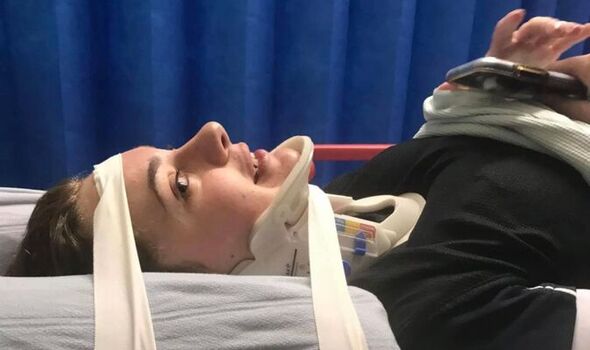 “I want to try and make people more aware not to do it, because it could end in someone getting hurt.”

The terrifying challenge had caused a stir in 2020 when it was trending.

TikTok had, at the time, announced it would remove such content, and published a statement about it.

The statement read: “We do not allow content that encourages or replicates dangerous challenges that might lead to injury.

“In fact, it’s a violation of our community guidelines and we will continue to remove this type of content from our platform.

“Nobody wants their friends or family to get hurt filming a video or trying a stunt.

“It’s not funny – and since we remove that sort of content, it certainly won’t make you TikTok famous.”

Sarah’s mum, Jane Platt, said: “We were one of the lucky ones. She’s alive and walking – thank god – but we are obviously having to deal with something else as a result.”

The parent’s words come as Archie Battersbee tragically lost his life, with his mum claiming it came after the boy tried a similar trend. 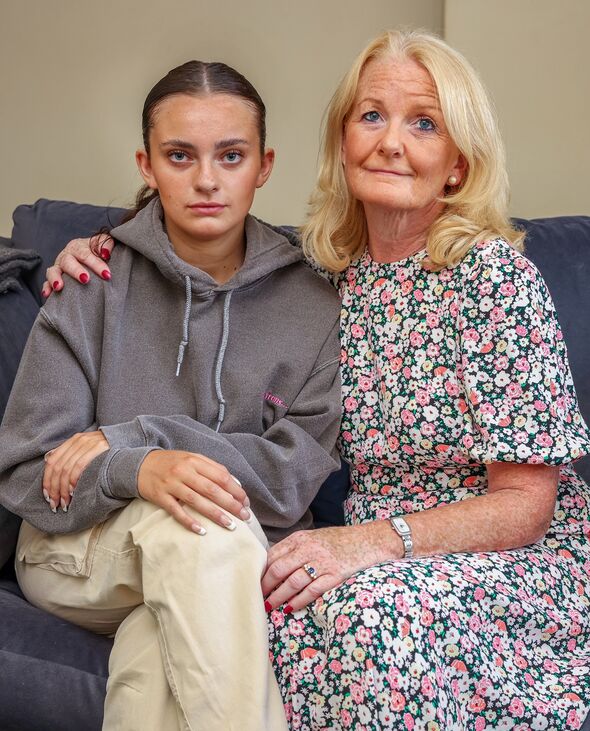 The mother of 12-year-old Archie appealed to parents to make sure their children do not take part in dangerous viral challenges.

Her son was declared brain-stem dead by doctors after she believes he took part in a TikTok challenge.

Hollie Dance said: “Please, please, parents, have the conversation with your children because I know there’s a whole new lot of online challenges.”

She added: “Please have these talks with your children because I think this seems to have been buried, you know, and I think it’s important.

“I don’t want any parent out there to have what we’ve been going through and I definitely don’t want to see any more children losing their lives.”