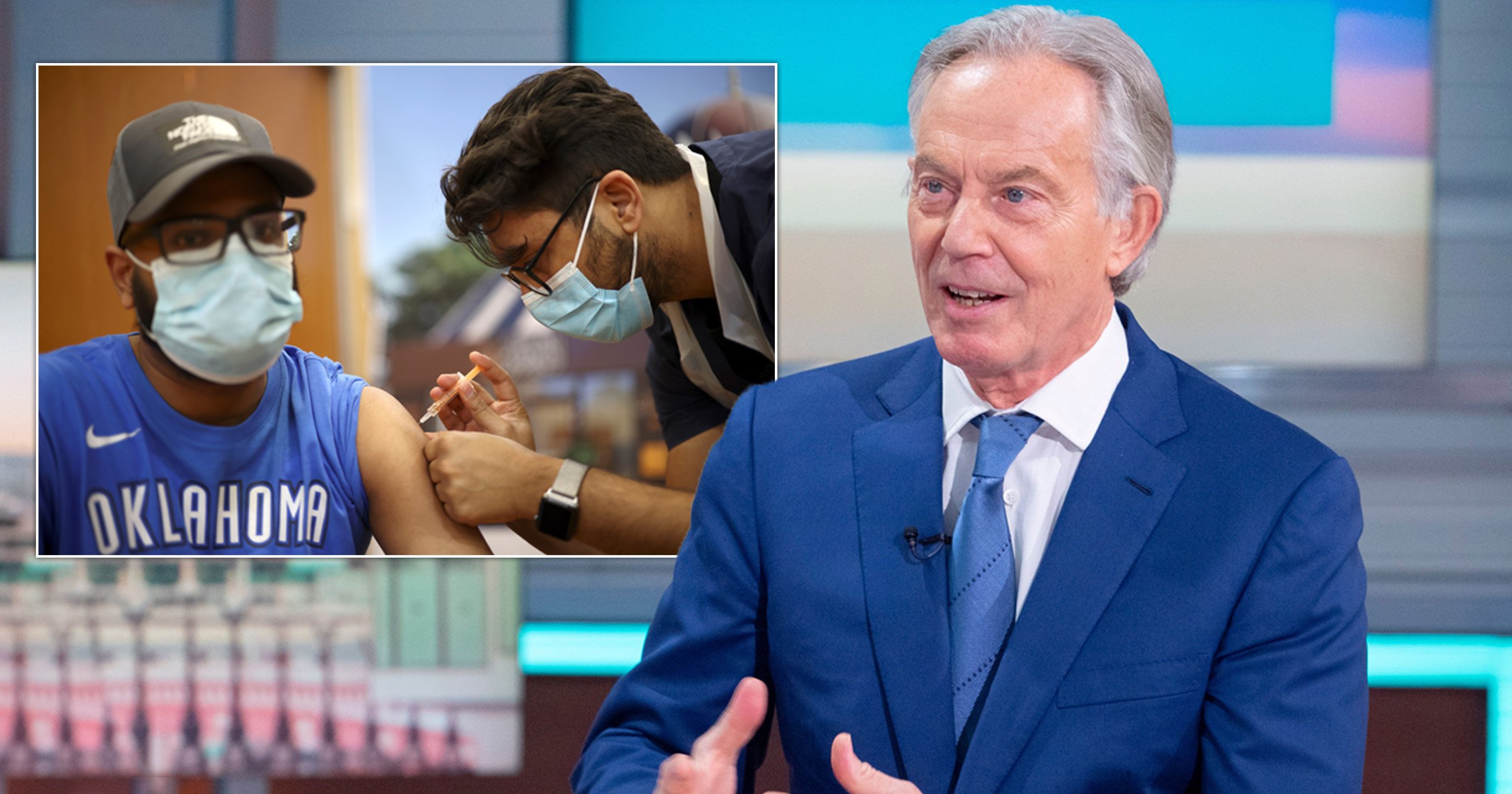 Tony Blair has called for vaccine passports to be rolled out to allow those who’ve had the jab to return to their normal lives.

The former Prime Minister said it is ‘time to distinguish for the purposes of freedom’ between people who will and won’t get the vaccine.

Ministers have reportedly cooled on proposals to introduce vaccine passports via the NHS app which would extend a greater range of freedoms to those less likely to transmit the disease.

The passes, which could also be issued to people with a recent negative test or antibodies from a recent infection, have been under review since February but may be shelved.

Mr Blair has issued the strongest call yet from a major public figure for the scheme to be adopted in order to ‘enable the country to live freely and safely’.

The ex-PM, whose institute has compiled a report on the policy, said passports should be adopted both at home and abroad, adding it ‘makes no sense at all to treat those who have had vaccination as the same as those who haven’t’.

A team led by Michael Gove has been examining if the passes could work but is set to recommend the idea is scrapped altogether, according to The Telegraph.

Prime Minister Boris Johnson has already indicated he is opposed to using vaccine passports in everyday settings like supermarkets and GPs but they were being considered as a way to reintroduce mass events.

Practical complications over how the technology would work and how visiting tourists would be accommodated are reportedly among the problems that have led ministers to step back.

Israel, which led the way on Covid passports by issuing ‘green passes’ to vaccinated adults, got rid of the system this week because policymakers deemed them redundant when rates of inoculation were so high.

Mr Gove is expected to provide an update in the House of Commons when MPs return from recess this week.

The report by the Tony Blair Institute for Global Change said the NHS app isn’t fit for purpose and new technology should be developed to host the passports.

Tackling the ethical concerns around the policy, he said: ‘Of course we are discriminating between vaccinated and unvaccinated.

‘But the whole of risk management is based on discriminating between different types and levels of risk.

‘Nothing matters more to risk than vaccination, which is precisely why we’re doing it.’

He said passports would provide ‘a powerful incentive’ to those reluctant to get jabbed – but exemptions should be made for those with a genuine medical reason not to be vaccinated.

Ministers continue to weigh up whether the conditions are right to press ahead with a full easing of lockdown on June 21.

Government insiders have told reporters secret contingency plans are being drafted to alter the plan, with a two-week delay one of the options on the table.

Mona Lisa made of Rubik's Cubes goes on sale in Paris